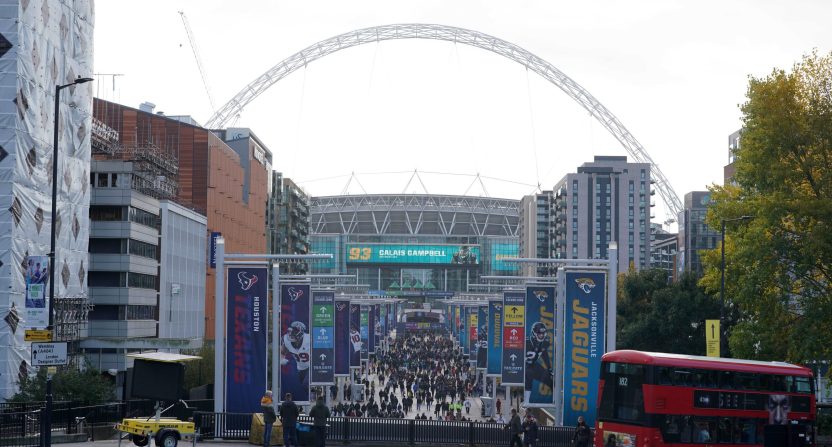 The NFL International Series has been an annual tradition since 2007 and after some pandemic-related setbacks, the NFL has five games scheduled and is back to their pre-pandemic total. Among those five games is one in Germany for the first regular season game in that country.

The five home teams have been known for a few months, but on Wednesday we learned the matchups and dates for each game. The Seattle Seahawks and Tampa Bay Buccaneers will play in Munich while the San Francisco 49ers and Arizona Cardinals will play in Mexico City.

As for the London games, the Denver Broncos get the Jacksonville Jaguars in the annual Jags’ home London game. The Minnesota Vikings play the New Orleans Saints while the New York Giants go against the Green Bay Packers. With the Packers participating in their first international game, all 32 teams will have played in at least one international game since the series began in 2007.

The ten teams had various ways of announcing their international game, including the Vikings going all “Ted Lasso” with things.

We will play the Seahawks for our Week 10 matchup in Munich, Germany. 🙌🇩🇪

Can't wait to see all the green & gold in London! 🇬🇧🧀

Get your passports ready 😏

“To be able to go to London … it’s a tremendous honor.”@DangeRussWilson wakes up with @GMFB to talk London, his new teammates, the AFC West & more: pic.twitter.com/9KpxA47zRb

It's OFFICIAL – We are coming back to @wembleystadium in 2022!

Follow the link below and register now to be the first to hear about ticket news, opposition & much more! 🇬🇧🏈