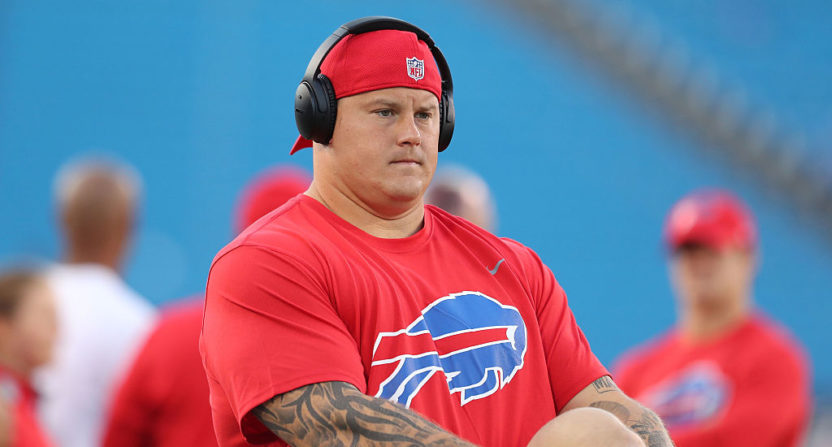 Maybe he was bitter after his team came up on the wrong end of a decisive Thursday night game in the AFC East. Maybe he was fuming over his team blowing a chance to move into a tie for first place in the division. Or maybe, just maybe, Buffalo Bills offensive guard Richie Incognito was spot on when he ripped the concept of playing football on Thursday night on short rest.

Incognito shared a somewhat regular thought about the league’s scheduling for Thursday night games that has been expressed the last couple of years by players from around the league. The general consensus heard through the media is pretty clear; playing on Thursday absolutely sucks.

“They suck,” Incognito said about the Thursday night games after the Bills lost on the road against the New York Jets, 34-21, Thursday night. “They throw a wrench in our schedule. It’s absolutely ridiculous that we have to do this. As physical as this game is, as much work and preparation that goes into this, to force us to play games on four-day weeks, it’s completely unfair and bullshit. The league makes money off it, and that’s all they care about anyway.”

"To force us to play games on four day weeks, it's completely unfair and bulls*t."

Whether you like Incognito or not, he is 100 percent correct in this statement.

The NFL has been playing games on Thursday nights for years, but it was only a couple of years ago the league worked out a way to make Thursday Night Football happen on a weekly basis rather than use it to add to occupy some TV space later in the season once the college football season wrapped up and freed up airtime on the cable networks. The NFL’s mission to expand the NFL programming schedule saw the opportunity to capture Thursday night for itself to go with its traditional Sunday and on Monday night. And broadcast partners CBS and NBC have been happy to oblige by splitting up the workload to make Thursday Night Football work every week, in addition to making NFL Network more valuable on cable.

One simple solution to address the concerns about playing on a Thursday night would be to give every team playing a Thursday night game a bye week prior to playing the game. How that has not happened yet is astounding because it addresses the biggest concerns about the quality of play and player safety for those Thursday night games. It gives teams more time to prepare. It gives players more time to recover from their previous game and it provides a little extra time to recover before the next game. Yet, the NFL continues to have teams playing game son just four days of rest.

Bills head coach Sean McDermott did not buy into the idea that playing on a short week hurt the Bills’ chances against the Jets, although deep down inside he probably would agree to an extent.

“[The Jets] were challenged with the same short week as us and had the same amount of time to prepare, so give them credit,” McDermott said, according to ESPN.

It will be the only Thursday night game all year with teams getting more than four days in between games. But if you think playing a Thursday night game on the road makes it even more of a challenge, that may actually be the case. Road teams are .500 on Thursday night games this season after the Bills fell on the road Thursday night. However, two of the home teams taking a loss in those games have been the Cleveland Browns and San Francisco 49ers, the only two teams in the league without a win entering Week 9 of the NFL season.

The quality of the Thursday night games will typically be less than stellar, although you get a few good ones here and there. For every Rams-49ers and Chiefs-Raiders game, there seems to be a Ravens-Dolphins and Texans-Browns game or two to even things out.

2 thoughts on “NFL Thursday Night Football still sucks, says Richie Incognito, and there is an easy fix for it”