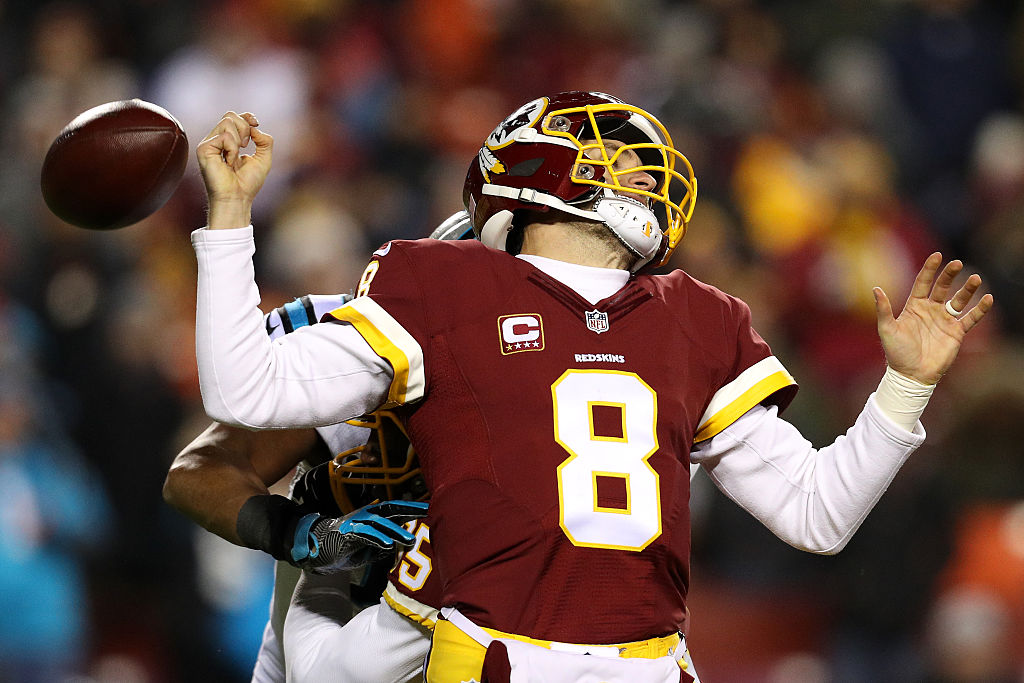 With two weeks left in the 2016 NFL regular season, playoff contenders in the NFC and AFC are jostling for seeding and those coveted first-round byes. Meanwhile, a few hopefuls may be playing themselves out of the postseason.

Yet even as the playoffs approach, the NFL always comes down to this simple hierarchy: If any two given teams played, who would win? That’s what fans really want to know, that’s what power rankings are all about, and that’s how the 32 NFL teams are slotted here each week.

31. San Francisco 49ers
Power-ranking the bottom few NFL teams is like tasting fine wine: One must appreciate the subtle and unique differences in awful. Sure, the Rams and Jaguars have already fired their coaches, but the 49ers have both less talent and a lesser inclination to use the talent they have. Over the last few games, they’ve not only been uncompetitive, but without any hope of competing.

30. Los Angeles Rams
Woof. John Fassel had about as hard a test in his first game as interim head coach as one could imagine. It’s almost impossible to tell if he failed that test, but the Rams flunked it — hard.

29. Jacksonville Jaguars
Close doesn’t count, of course, but a one-point come-from-behind loss to one of the worst teams in the league is still far more than either of the three teams beneath the Jaguars managed last week.

28. New York Jets
The Jets actually won a game in the last two weeks! It was against the 49ers, and they needed overtime, but still.

27. Houston Texans
Tom Savage, the one-time hero of #DraftTwitter, will get the chance to help the Texans limp their way to a totally undeserved home playoff game.

26. Philadelphia Eagles
DVOA, Simple Ranking System, plenty of advanced metrics will tell you the Eagles “are really” a lot better than this. But… they’re 1-7 in their last eight games.

25. Chicago Bears
I want to put the Bears higher than this. Even though they’re 2-5 in their last seven, those five losses have been been very close losses to five playoff teams. Matt Barkley, Leonard Floyd and the Bears youngsters are really fighting hard for John Fox and his staff — which might save Fox’s job.

24. Arizona Cardinals
A win over Washington, and close losses to the Dolphins and Saints; the Cardinals are pushing hard right now. But it’s too little, too late — and every time I’ve ranked them as if they’ve flipped the switch, they disappoint me.

23. Buffalo Bills
I have no idea where to slot this team right now. They’re ninth in scoring offense, 14th in scoring defense and have a shot at sneaking into the playoffs. But I have almost no faith in Rex Ryan, Tyrod Taylor or their ability to get through the Dolphins and Jets.

22. San Diego Chargers
The Chargers added another Very Nearly Beat a Really Good Team feather to their well-feathered cap. But that doesn’t mean much at this point in the season.

21. Indianapolis Colts
Wow, where did that come from? The Colts blew out the Vikings in Minnesota, letting the rest of the AFC South know they won’t roll over and accept their fate. Can they keep it up? Will it be enough to save Chuck Pagano’s job — again?

20. Cincinnati Bengals
Since the bye, the Bengals are 2-4, and all four losses were close against strong opponents. They very nearly beat the Steelers in Week 15, and even though they don’t have a path to the postseason, they’re still playing hard.

19. New Orleans Saints
Technically, the Saints have a road to the playoffs, and they proved again against the Cardinals that they can flat-out outscore any team in the NFL on any given Sunday.

17. Minnesota Vikings
I’m tempted to call their home blowout to the Colts a speed bump, but that was a heck of a speed bump in the middle of a pothole-ridden path to the playoffs. The Vikings have no room for error now, and they’ll need a lot of help just not to flush a 5-0 start down the tubes.

16. Washington
After thrashing the Packers, I thought the burgundy-and-gold had earned a permanent place in the upper ranks of this list. But they’re 1-3 over the last four games, and haven’t looked impressive at any point in that stretch.

15. Denver Broncos
This is harsh for an eight-win team with the fourth-best scoring defense in football, but getting upset by the Titans and showing zero ability to move the ball against the Patriots means this team isn’t going anywhere this year.

14. Baltimore Ravens
Okay, the Ravens didn’t beat the Patriots, and they struggled to beat the Eagles. Their path to the postseason — winning in Pittsburgh and Cincinnati — is anything but easy. But credit where credit is due: The Ravens are playing well enough to put themselves in position to win the AFC North — even though at one point, things were going poorly enough that they fired their offensive coordinator.

13. Detroit Lions
The Lions’ road loss to the New York Giants knocked them pretty far down this list. If they don’t upset the Dallas Cowboys this week, it’ll knock them even further. And yet, it’s far from impossible that they pull it off — and they have multiple scenarios to clinch the playoffs this week if they do.

12. Miami Dolphins
Are the Dolphins… better without Ryan Tannehill? No — but it’s clear they aren’t much worse off.

11. Green Bay Packers
Uh-oh. Aaron Rodgers is finally getting the support he needs, and the Packers are on a four-game win streak. Should the Vikings not bounce back from their embarrassing Colts loss, the Packers will have a win-and-in at Detroit.

10. Tampa Bay Buccaneers
The win streak probably had to end at some point, and on the road at Dallas is a fair as point as any. Though the Bucs pushed the Cowboys hard, they needed to catch a lot of breaks to keep it that close. They certainly have the ability to beat the Saints and Panthers, but it’s far from a certainty.

9. Tennessee Titans
Suddenly, the young Titans are the toast of the NFL. They’re 4-1 in the last five games, including wins over the Packers, Broncos and Chiefs. Of course, that loss was a disappointing one to the Colts and before going 4-1, they were 4-5.

8. Seattle Seahawks
Blew out the Panthers and Rams, got blown out by the Packers and lost to the Buccaneers. Already have the division clinched, and could end up with a first-round bye. Uh, we’ll call them eighth?

This Eli Manning pass is everything.

7. New York Giants
A huge win over the Lions, thanks in part to a solid game from quarterback Eli Manning, puts the Giants in serious NFC title contention. But they’ll have to keep that consistency up if they want to run the table and potentially challenge the Cowboys.

6. Kansas City Chiefs
Just as they established themselves as the team to beat in the AFC, they dropped a home game to the upstart Titans. There’s no shame in that — but there’s no power-rankings cookies, either.

5. Pittsburgh Steelers
Hey, remember when the Steelers won five close games in a row without boat-racing anybody or getting a bunch of return and defensive scores? Yeah, that was the last five games. People are sleeping on this team, and they shouldn’t be.

4. Oakland Raiders
Far from the only good team to struggle with the Chargers, the Raiders did what they had to do. Save two losses to the Chiefs, the Raiders are 11-1. They’ll likely have to beat the Colts and Broncos if they want to hold on to home-field advantage, though.

3. Atlanta Falcons
The Falcons were the talk of the NFL for the first month or so, and then a run of close games against strong opponents quieted a lot of the buzz. But this is a team that’s outscoring their opponents by an average of 7.9 points per game. They’re going to be an extremely tough out, no matter where they’re seeded in the playoffs.

2. Dallas Cowboys
A loss to the Giants and a close win over the Bucs still doesn’t drop this team far.

1. New England Patriots
Here we are at the end of the regular season, and this team is still the team everybody’s gunning for. After all the questions about their free agency, trades, talent-shedding and scrap-heap-picking, they’re still the best team in the NFL and getting better.