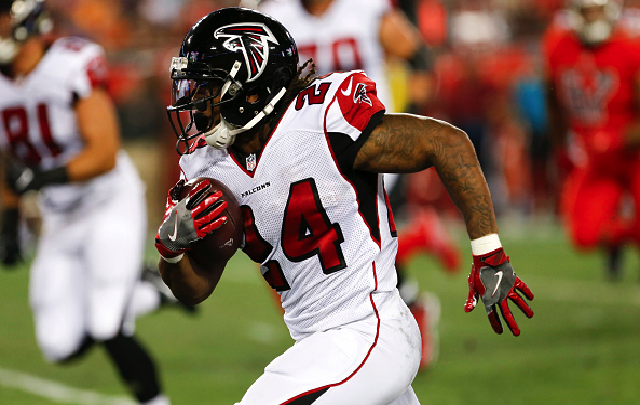 Who’s better than who in the NFL? That’s what fans really want to know. Halfway through the 2016 season, that seems a bit clearer. Yet questions remain. Which teams are Super Bowl contenders and playoff hopefuls, and which ones might fade after hot starts?

32. Cleveland Browns
The Cowboys Cowboy’d ’em, just like we all expected. Stuck in last until they get off the schneid.

31. San Francisco 49ers
The 49ers defense is nonexistent, now dead last in points allowed, and the team as a whole is totally uncompetitive. Hard to see anyone who draws a 49ers paycheck having much job security right now.

30. Jacksonville Jaguars
Couldn’t beat the Kansas City Chiefs with one quarterback and two running backs tied behind their back. They play the Texans this week, then don’t play another AFC South game until the three-contest gauntlet that ends the season. There’s no reason to believe they’ll pick up many, if any wins before the homestretch.

29. Los Angeles Rams
A hard-fought, close, physical loss to the Panthers feels like a moral victory, but that’s four losses in a row. If they can’t put up more than 10 points on a defense allowing an average of over 25 per game, how can they score anything against defenses any better? “Jared Goff” probably isn’t the answer.

28. Chicago Bears
Remember when the Bears upset the Vikings a couple weeks ago? No? Well, they did… but a bye week later, it still remains to be seen whether that even matters.

27. New York Jets
There are a lot of tossups here, but beating bad teams narrowly and losing valiantly to everyone else is the best the Jets seem to be able to hope for.

26. Pittsburgh Steelers
I dropped the Steelers very, very low because they lost Ben Roethlisberger and performed poorly with Landry Jones in. Against the Baltimore Ravens, a relatively healthy-looking Roethlisberger came in and they were even worse.

I’ll be more than welcome to put them further back up the list when they flash some of that early-season form, but they haven’t won in a month, and that was over the Jets.

25. Tampa Bay Buccaneers
The Bucs’ overtime loss to the Raiders looks a lot better now that the Raiders beat the Broncos, while the Bucs didn’t embarrass themselves against the Falcons. Their defense, however, still isn’t consistently good enough to give Jameis Winston a chance to pull off wins.

And one lucky fan got the

24. Carolina Panthers
The road game against the Rams was a true must-win, and they won it. At 2-5, with the defense playing better, there’s a glimmer of hope here. Unless Cam Newton starts tossing a lot more bombs, though, it’s hard to see where they get a lot of Ws down the stretch.

23. Houston Texans
Again, six teams on the bye means six teams are really, really hard to place. The Texans’ home win over the Lions looks pretty good right now, and they’re 5-3, and the defense is ranked 11th in points allowed. But they still can’t put points on the board (30th in scoring offense), and all three of their remaining divisional games are on the road.

Wired for Sound: Philip Rivers takes down the Titans.

22. Tennessee Titans
You have to give the Titans a hand. They’re learning how to score points, and they pushed the surging San Diego Chargers until the bitter end. But they’re still not able to put both sides of the ball together for 60 minutes, and certainly not against the NFL’s better teams.

21. Cincinnati Bengals
One of the hardest teams to handicap took a bye week off while the division burned around them and all of our assumptions got overturned. I’ll put them here, I guess?

20. Baltimore Ravens
What an enormous win over the Pittsburgh Steelers, even more so for the three quarters of domination than for holding off the comeback at the end. They still need to find a way to get more offensive touchdowns, but the defense is playing hard and keeping them in games.

19. Minnesota Vikings
What do you do with a team who was the clear-cut No. 1 after six weeks, and now can’t beat anybody? Presume they can’t beat practically anybody until proven otherwise.

Aaron Rodgers is finally playing like Aaron Rodgers, and the defense is still broadly better than most. But it’s not just one thing, it’s everything in Green Bay.

17. Miami Dolphins
I love the way the Dolphins have been playing. Even though they needed some last-minute magic to close the deal against the Jets, this is a team that’s found its identity and a lot of momentum.

16. Indianapolis Colts
A road win over the Green Bay Packers is an incredible boost to their credibility, and this week’s bye comes at a potentially perfect time. This is a very flawed, banged-up team with a fantastic quarterback; the struggles of the Steelers and Minnesota Vikings make their second-half slate look pretty soft. Can the Colts still make a run at the division?

15. Washington
Another team we really struggled to understand before they took the tumultuous Week 9 off, Washington floats somewhere around the middle for the time being.

14. Arizona Cardinals
Even at 3-4-1, there’s a lot to like about the Cardinals. Thanks to their fourth-best scoring defense, they’re outscoring opponents by an average of 4.9 points per game. But Carson Palmer looks a lot more like the washed-up guy we saw in Oakland than the rejuvenated superstar we came to love in 2014 and 2015, and they’re falling too far behind the Seattle Seahawks to win the division.

I mean, yes, they beat the Vikings and Matthew Stafford is playing his brains out and the defense now gets a bye week to get its two best players back (corner Darius Slay and linebacker DeAndre Levy). But so many teams are packed together in a mediocre mess that when one team gets one really impressive victory, they float to the top.

12. Buffalo Bills
I know, I know: They lost. But they lost to a Seahawks team that’s increasingly looking like serious contender, and they’re outscoring opponents by an average of 3.7 points. The bye week comes at a great time, and the subsequent game at Cincinnati should tell us a lot about both teams.

11. New Orleans Saints
The Saints have the second-best scoring offense and third-worst scoring defense, and they just can’t stop winning games. Their tough test this week, the Denver Broncos, will be at home — and the blueprint for beating them looks like the one they deployed two weeks ago against the Seahawks. Don’t look now, but the Saints could get above .500 in Week 10 despite starting 0-3.

10. New York Giants
This edition of the New York Giants is easy to pigeonhole — really good defense, offense entirely reliant on Odell Beckham — but almost impossible to get a bead on. A three-game win streak suddenly means that despite a pretty healthy dose of Bad Eli this season, the Giants are in position to push for a playoff spot.

9. San Diego Chargers
Against all assumptions, and against all early-season results, the Chargers have turned into one of the league’s most dangerous teams. Sometimes, they pose that danger to themselves, which is why they’re 4-5 instead of 6-3.

But they just went 3-2 in their last five games — five games that featured the Oakland Raiders, Atlanta Falcons and the Denver Broncos twice. This is a team what can score with, or outscore, practically anyone, with a defense that’s slowly figuring it out.

8. Denver Broncos
So it turns out cornerback Aqib Talib is important to actually have on the field — and while quarterback Trevor Siemian doesn’t need to play every game at the level he reached in the first month of the season, he’s got to be much better than he’s been since he came back.

7. Philadelphia Eagles
You might wonder how I can justify ranking a .500 team coming off a rough divisional upset anywhere near this high.

Simple: The Eagles have a top 10 offense and defense, and are outscoring opponents by a whopping average of 7.2 points. A challenging run of games (Falcons, at Seahawks, Packers, at Bengals) gives them a chance to prove they should stay this high.

6. Seattle Seahawks
Since the bye they’ve beaten one of the league’s best teams, tied a talented-but-underachieving squad, got upset on the road and beat a good team at home. Not exactly sure what to make of all that, but a healing Russell Wilson, rampant defense and resurgent Jimmy Graham make the Seahawks one 5-2-1 team nobody wants to play.

5. Kansas City Chiefs
How on earth did the Chiefs win a game with their backup quarterback and third-string tailback — and moreover, how have they only lost two all year? People are finally starting to remember that in all this AFC West drama, there’s a team nobody’s talking about that could be the best in the division.

Oh, and the best pure pass-rusher in the league is about to come off the PUP list and join his protégé, the NFL’s third-most proficient sack artist, in terrifying quarterbacks.

4. Oakland Raiders
I didn’t want to put the Raiders this high, but I couldn’t justify dropping them much lower: Quarterback Derek Carr is playing great football, and the defense has shown up in spots — big spots, “we have to cover Denver’s huge fast wideouts without our best corner” kind of spots. Now, can the pass rush deliver week-in, week-out down the stretch? We’ll find out after the Raiders’ Week 10 bye.

3. Atlanta Falcons
Other teams have won more games than the Falcons. Their defense is highly dependent on their offense, and statistically terrible overall. They have excellent balance and depth on offense, great quarterback play and a ton of momentum. They’re pulling ahead of the rest of the division and seem primed for a deep playoff run.

"I promise you. I got you."@Dak knew he would lead the @DallasCowboys to an OT win. #SoundFX https://t.co/LShgf4TJLr

2. Dallas Cowboys
If Dak Prescott can figure out how to feed Dez Bryant without disrupting the take-what-the-defense-gives-him mojo that’s carried them this far, the Cowboys could go much farther than leading the division most of the way through.