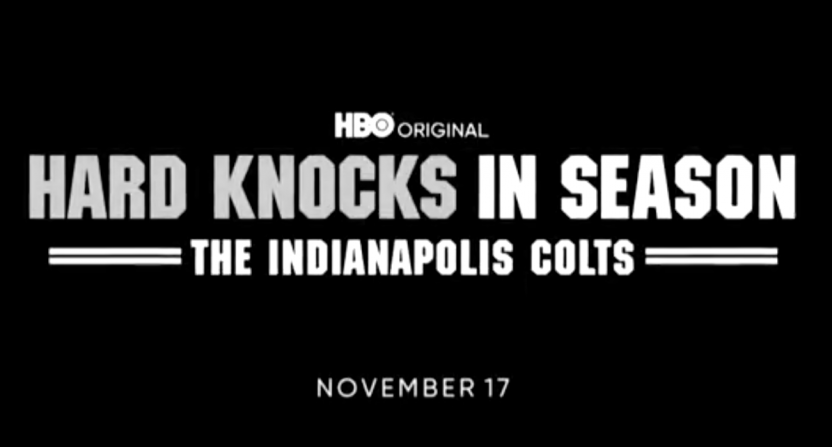 HBO and NFL Films made a shocking announcement during halftime of the New York Giants – Washington Football Team game on Thursday night with the news that there will be an in-season Hard Knocks series following the Indianapolis Colts.

This is the first time that Hard Knocks will be filmed during an NFL season, though they did say that this is a new version of the show and will not replace the normal version that follows an NFL team during the preseason. The model will apparently be very close to Amazon’s All or Nothing, which followed various NFL teams and other sports franchises during the regular season.

It remains to be seen how much access the Colts will want to give to HBO since the season will still be happening when the episodes air. Do they want their upcoming opponents to see what it’s like behind the scenes? Especially if they find themselves in the playoff hunt. It’ll be interesting to see what makes it into the series and what gets left out.

In the meantime, lots of fans and media from the NFL world were quick to share their reactions to the news of a new Hard Knocks next month.

Hard Knocks is following the Indianapolis Colts for the rest of the season pic.twitter.com/FlOde2TdJH

you know how that Netflix F1 show turned some of our seemingly normal friends into people who wake up really early on weekend mornings to watch European car racing? what if in-season Hard Knocks turns random Europeans into diehard Colts fans

The Cowboys were on Hard Knocks this preseason.. 5 players are now out 1 week into the year

The Colts will be the first in-season Hard Knocks team..

I CANT WAIT TO SEE THEM CRUMBLE

People correctly point out that this is just “All or Nothing” for HBO.

But if Hard Knocks can turn around episodes in a matter of days instead of months, it’d be a game changer. https://t.co/R7a4savQ3Z

So wait, the NFL's solution to Hard Knocks' falling ratings is to make us watch MORE Carson Wentz?

NFL fans will surely have plenty more opinions about the Colts, Carson Wentz, and the rest of the team before the new version of Hard Knocks arrives on HBO in November.