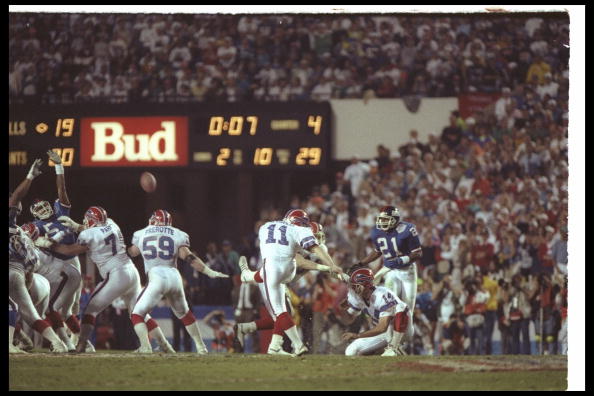 Today, a breakdown of the five most snake-bitten franchises in NFL playoff history.

What’s the definition of torture when it comes to sports playoff failures? Is it getting really close to the holy grail on multiple occasions and falling short each time? Or is it just having the crap beat out of you regardless of the circumstances? Both probably fit the criteria to certain degrees, but the lowly Lions simply haven’t been teased enough for a lot of their failures to be considered torturous.

Quite frankly, they’ve often been put out of their misery far before cloths and buckets of water have arrived at the scene.

The Lions have won just a single playoff game in the 50-year-old Super Bowl era, beating the Dallas Cowboys in the 1991 Divisional Playoffs but losing each of the 11 postseason games they played before and after that (six of those 11 losses came by double-digit margins).

Again, though, the Lions have never really been contenders anyway. Sure, there was some excitement when they beat the Cowboys in ’91, but they followed that up by losing 41-10 to the powerhouse Washington Redskins in their only conference title game in franchise history.

This is a franchise that has hosted just two playoff games in the last 58 years and has won its division just three times since 1958. The Lions and their fans were spoiled by a six-year run in the 1950s during which they won three championships, but it’s been nothing but torture ever since.

You know there must be some serious heartbreak ahead if Cleveland is only #4 on this list. The Browns have at least won some championships as well as some playoff games, but they haven’t won a title since 1964, they haven’t been to a Super Bowl, they’ve won just six games during the 50-year-old Super Bowl era and they’re an NFL-worst 0-5 in conference title games.

Two of those losses came prior to 1970, but the most recent three all came against the Denver Broncos in a four-year span in the late-1980s.

In the first loss, they led Denver 20-13 late in the fourth quarter before John Elway led the Broncos on “The Drive” to tie the game before beating Cleveland in overtime. And the next year, the Browns lost by five despite scoring 33 points. After blowing a fourth-quarter lead in a 1988 wild-card playoff loss to the Houston Oilers, they were beaten badly by the Broncos in ’89 AFC championship game.

Since then, they’ve played just three playoff games in a 26-year span. One win, two losses — including one to Pittsburgh in which they fell despite again scoring 33 points. In that wild-card game, they led 33-21 with just over three minutes to play, but lost 36-33 in regulation.

No team in the modern era has a worse playoff record than the Bengals, who have won only five of 19 postseason games, and none in the last 25 years. They’re riding a seven-game playoff losing streak, with four of those losses coming at home and five coming by double-digit margins.

It looked like they were finally going to get that monkey off their back this past season, but they found a way to implode late and lose despite outplaying the rival Pittsburgh Steelers in the wild-card round.

The Bengals have made two Super Bowls, but they lost both of those games to the San Francisco 49ers by one-score margins. They led Super Bowl XXIII 16-13 with 3:20 to play, but Joe Montana then led an 11-play, 92-yard touchdown drive to put the Bengals away. That’s a different kind of torture.

Now we get into the teased franchises, but this one is tough because the Bills have actually had a lot of playoff success. They’re 12-10 in 22 non-Super Bowl playoff games and they’re the only team ever to win four consecutive conference championship games, but they lost all four of the Super Bowls those wins led to. And the first of those losses was infamously torturous.

Throw in a tough 1996 wild-card loss to the Jaguars, a tough 1980 divisional playoff loss to the Chargers and the nightmare that was the Music City Miracle, and the Bills belong in the No. 2 spot.

A total of 10 franchises have participated in 42 or more playoff games. Nine of those 10 franchises have won at least one Super Bowl. The only one that hasn’t is the Minnesota Vikings, who have an NFL-record 28 postseason losses.

They have made four Super Bowls, but they lost all four of those games by double-digit margins.

In 1969, they lost Super Bowl IV to the Kansas City Chiefs despite being 13-point favorites. They were also one-and-done despite going 12-2 in 1970, one-and-done despite an 11-3 record in 1971 and after posting a 15-1 regular-season record they blew the 1998 NFC championship game thanks to Gary Anderson’s only missed field goal that entire year.

Then, in 2009, it looked like the Vikings were on their way to the Super Bowl once again when Brett Favre was intercepted by Tracy Porter of the Saints in the NFC Championship Game.