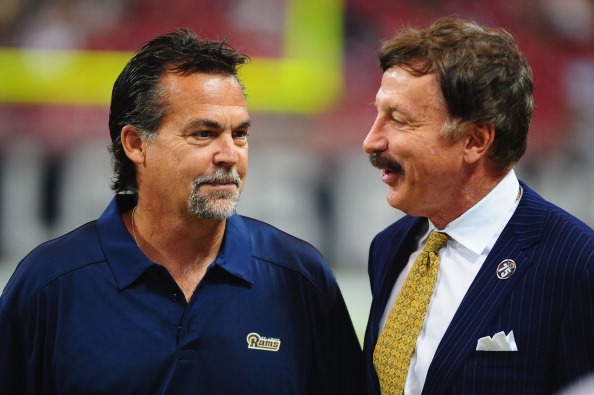 The NFL’s long-awaited return to Los Angeles could take one step closer to reality as early as next month. When the league convenes for meetings in January, we could know just how many teams the NFL will be shipping to Los Angeles, with the Oakland Raiders, St. Louis Rams, and San Diego Chargers all among the top candidates for relocation.

Per Todd Archer of ESPN, NFL owners are scheduled to meet in Houston on January 12 and 13, at which time a vote is expected to be held to determine the fate of football in Los Angeles. Owners from the three previously mentioned NFL franchises reportedly offered their respective sales pitches to the league on Wednesday, and now they await to see if they will be given the green light to pack up the moving trucks and set up shop in Los Angeles.

“I don’t guarantee it, but I certainly think that that’s what we’re trying to head to, and I think it’s important since we have the ability to put a team there — or teams — we ought to do it,” Dallas Cowboys owner Jerry Jones said in Archer’s report. the comments by Jones were somewhat supported by similar statements from New York Giants owner Steve Tisch and Houston Texans owner Bob McNair, if nothing more than to suggest some finality to this whole situation will be met one way or another.

At this point, it looks as though one team will be very likely to be moving, and it may end up being the Raiders from Oakland back to L.A. What is more intriguing is the possibility the Raiders have a better chance of splitting a stadium project with the division rival Chargers than they do with the Rams. As noted by Archer, ESPN’s Shelly Smith ahs reported the Raiders believe they have a getter chance to work things out with the Chargers than they do the Rams. The two AFC West rivals are already set to meet with StubHub Center officials about training operations for the two franchises under one facility at California State University, Dominguez Hills in Carson.

If an NFL franchise is going to relocate, it needs to know soon so marketing and ticket planning can commence soon. If nothing transpires from this January meeting, then the odds a team moves to Los Angeles may dim for 2016 and push the conversation back another year. A delay may end up being good news for football fans in San Diego.

The city of San Diego is possibly gaining momentum toward building a new stadium suitable for the NFL, but there is no guarantee the league will decide to stay in San Diego if moving the Chargers to Los Angeles is a better financial alternative for the league. After all, this is always about money first, money second and money third.