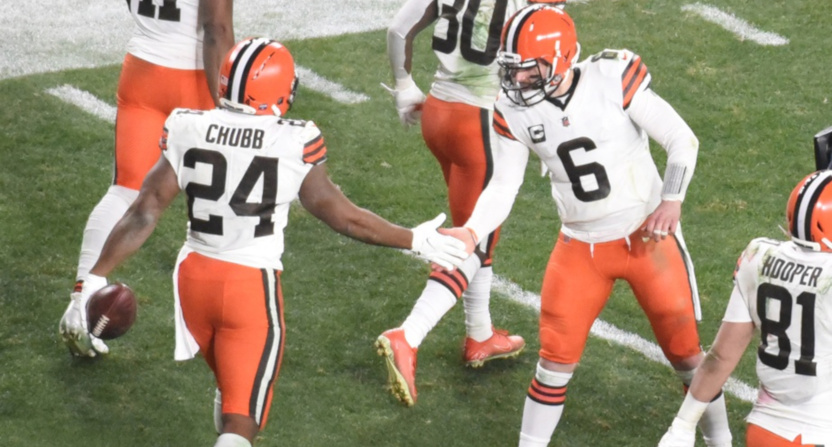 The Cleveland Browns have been without running back Nick Chubb since he was placed on the NFL’s reserve/COVID-19 list last week. Because of that, he missed last week’s game against the New England Patriots.

However, Browns fans got some much-needed good news on Friday that Chubb has been activated and will be available to play on Sunday against the Detroit Lions.

Given the fact that Chubb remains third overall in the NFL with 721 yards, and also has six touchdowns on the season, he will be very welcome back in a Browns lineup that needs to get its offense back on track. His stats are made all the more impressive by the fact that he missed three games this season so far.

The news that Chubb will be back in a Browns uniform on Sunday was very welcome news by many Browns fans and NFL folks in general.

Browns get a big boost in the backfield for Sunday. https://t.co/cl8rMQ34SW

Nick Chubb is BACK pic.twitter.com/hKTkELlvHA

The Browns also activated running back Demetric Felton off the COVID-19/reserve list. He missed last week’s game as well. D’Ernest Johnson, who started last week vs. the Patriots and rushed for 99 yards and caught seven passes for 58 yards, will also be available.

Cleveland will still be without Kareem Hunt, who remains on injured reserve with a calf injury.

Ultimately, the impact of Chubb can’t be understated for the Browns. They are 4-3 with him and 1-2 without him. So they must be extremely happy to have him back.