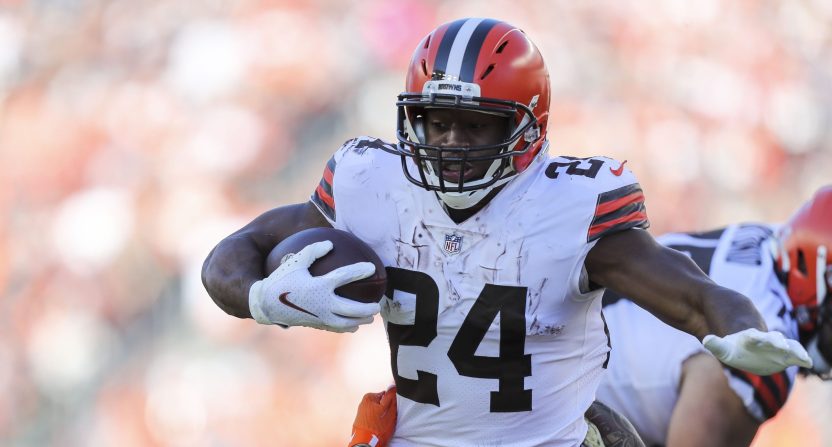 If you watch the Cleveland Browns, you know how freakish of an athlete Nick Chubb is when he runs the football. He’s not only gifted on the field but can do some impressive things in the weight room as well.

During a trip back to his high school in Georgia, Chubb was training in the school’s weight room, alongside some players and coaches. They got to watch the NFL star put up over 600 pounds on the squat rack.

This latest video is just another in a long list of clips that show Chubb displaying his power and strength in the weight room. Last year, Chubb knocked out two squat reps of 600 pounds and did a 415-pound power clean. Earlier this year, the Pro Bowl running back went with a single rep of 675 pounds back in his hometown.

The 2022 season will be a big year for both him and the Browns, especially in a year where the Browns’ quarterback situation is up in the air with Deshaun Watson almost certainly getting a suspension handed down on him.

His performance on the field has earned him a three-year contract extension with Cleveland, having rushed for over 1,200 yards with eight touchdowns. Chubb currently owns the longest rush and third-longest rush in Browns’ history and is the only Cleveland player with two carries of 75-plus yards. He finished second in rushing yards in 2019 and 2021.