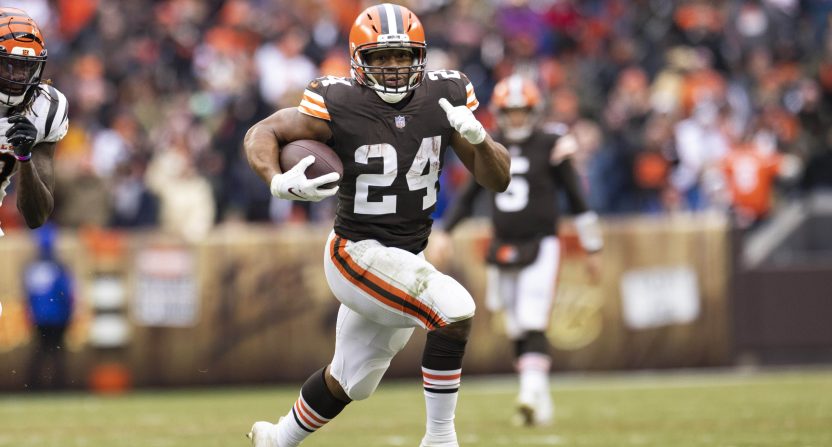 The Cleveland Browns are looking like they could be true contenders in 2022 after trading for star quarterback Deshaun Watson this NFL offseason.

The team has leaned on running back Nick Chubb and the running game heavily over the past few years. But getting Watson will certainly lift some of the weight off of Chubb’s shoulders to carry the load on offense in 2022.

It certainly doesn’t seem like weight is much of a concern for Chubb though, as a viral video making the rounds on Monday shows Chubb squatting a ridiculous 675 pounds.

This video has certainly gotten the NFL world talking, with many shocked that Chubb is this strong considering the quickness he shows off frequently on the football field.

Nick Chubb is going to have to buy them a new bar. https://t.co/pZLlQexHQf

Chubb has been excellent over the duration of his four-year career, making the Pro Bowl in all but his rookie season.

On paper, the Browns certainly look like they will be tough to stop on offense next season. Even if Chubb were to be out for the Browns at any point next season, backup running back Kareem Hunt has also been very impressive as a complementary piece for Chubb over the past few seasons.

If there ever was a season for Browns fans to be optimistic about their chances of a deep playoff run, this may be the year, and Nick Chubb is certainly looking to be in midseason form already at this point of the NFL offseason.