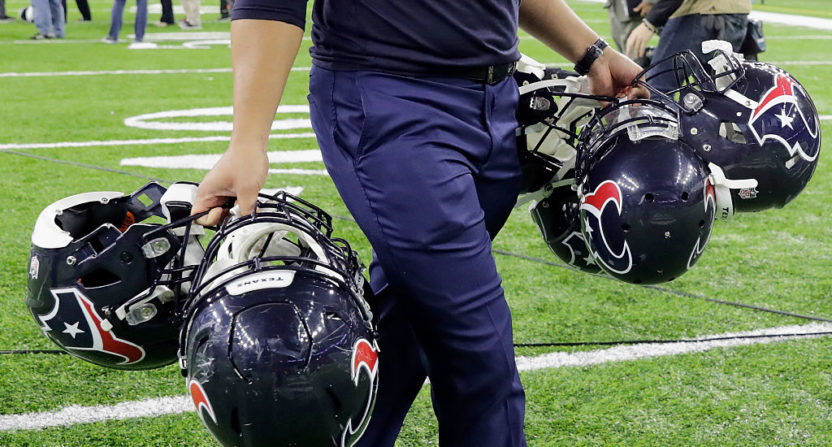 The National Institutes of Health and NFL’s partnership for brain research will expire in August after NIH decided not to renew the agreement because of a “bitter dispute” in 2015, according to ESPN’s Mark Fainaru-Wada and Steve Fainaru. In 2012, the NFL pledged $30 million to NIH, but the two parties had a falling out when a study was given to a researcher who was critical of the NFL. When the partnership ends in August, about $16 million will be left unspent.

NIH officials decided months ago to let the agreement expire in August with more than half of the money unused, following a bitter dispute in 2015 in which the NFL backed out of a major study that had been awarded to a researcher who had been critical of the league, Outside the Lines has learned.

The expected NFL-NIH breakup would mark an uneasy conclusion to an initiative often billed as the largest single donation in NFL history. In the end, the NIH has signaled its willingness to leave approximately $16 million on the table, a measure of the mistrust that built up following the league’s unsuccessful efforts to rescind funding awarded to a group led by Robert Stern, a Boston University neuroscientist.

In 2016, an investigative report by The New York Times’ John Branch found Democratic members of the House Committee on Energy and Commerce conducted a study that revealed the NFL’s donation did not come with no strings attached, as the original agreement purported:

“Our investigation has shown that while the N.F.L. had been publicly proclaiming its role as funder and accelerator of important research, it was privately attempting to influence that research,” the study concluded. “The N.F.L. attempted to use its ‘unrestricted gift’ as leverage to steer funding away from one of its critics.”

Earlier this week, new research found 110 of 111 brains of former NFL players suffered CTE, a degenerative brain disease. In the immediate aftermath of that study, we saw Ravens lineman John Urschel retire from football at 26 years old. Former safety David Bruton opened up about his retirement this week, citing concussions and telling The Denver Post:

“I like to consider myself a smart guy. A bit of a nerd,” Bruton said to The Denver Post. “So I like to have my brain functioning when I get a little older. That was a big reason.”

Following the release of the staggering new research, the NFL gave a statement that league officials were in discussions with NIH fundraisers to put the remaining $16 million to use. But according to the ESPN article, NIH spokesman John Burklow was not aware of any such discussions.

With all that being said, the NIH is still open to taking the NFL’s money without the veto power.