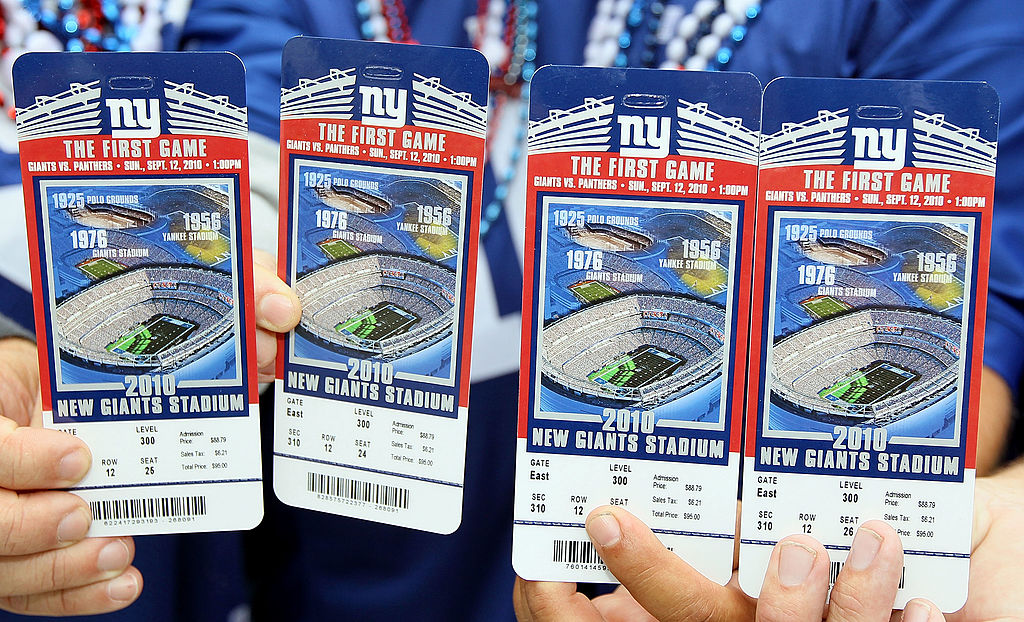 The name Eric Schneiderman might not sound familiar, unless you’re a keen follower of New York State politics, but the AG has set his sights on daily fantasy already during this NFL season and now he has his crosshairs locked on the NFL again; this time on ticket sales.

In a far reaching investigation, Schneiderman is going to make an announcement in Buffalo regarding how ticket sales for sports and concerts are managed and distributed and how it seems the public at large is being squeezed out of buying prime seats at or near face value. Included in the probe are Tickermaster’s “Ticket Exchange Program” for season ticket holders that most NFL teams insist on using, and practices that set floors on basic prices for tickets which could be above market value. The New York Yankees have been identified in the probe as one of the teams using price floors, but no NFL teams in the state have yet been identified.

A large part of the lawsuit deals with “bots”; computer programs that buy up high value tickets before the public can get their hands on them, therefore drastically inflating the value of the worse tickets still on the market to levels way above market value. Also working on the side are “holds” on tickets that put “industry insiders” in front of the line to get the best tickets, leading to the same problem. The re-sellers then make more money on top of the original value of the tickets, providing a financial windfall.

Why don't Nike & Ticketmaster do more to stop bots? Truth is it guarantees them success even with disappointing shoes/concerts.

In an extreme example of what Schneiderman is trying to change, brokers not registered in New York re-sold what were supposed to be free tickets to events with Pope Francis’ visit to New York City. A number of those vendors are also under criminal investigations.

Schneiderman has a plea for ticket vendors:

“This information vacuum allows various players in the industry to avoid their share of responsibility for the current problems the industry faces. It also breeds mistrust from consumers, who feel like the system is fixed against them. The average fan vying to purchase a ticket to a popular concert has little hope of competing against brokers, many of whom use illegal and unfair means to purchase tickets.”

Even though this investigation only deals with ticket sales in New York, hopefully this could spark nationwide change on a lightly covered issue.