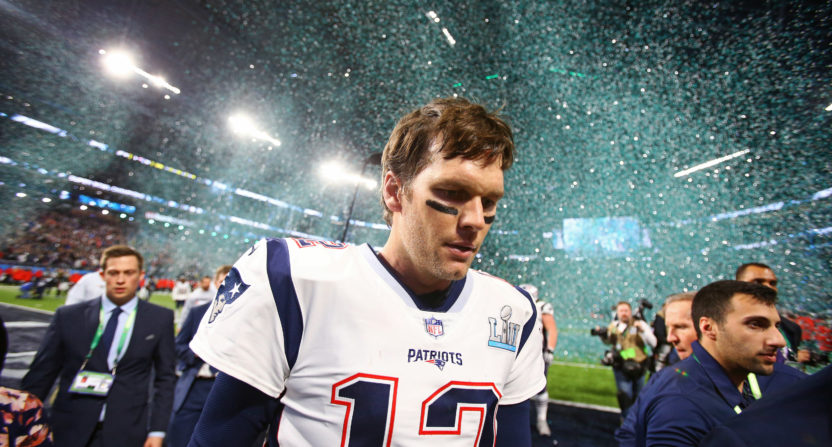 Our offseason summaries begin with the four teams in the AFC East, which includes the conference champion New England Patriots and another playoff team in the Buffalo Bills.

What’s new? Buffalo is coming off a playoff appearance for the first time this century.

Projected salary cap space: $29 million — About the middle of the pack.

Key needs: Quarterback (especially if they move on from Tyrod Taylor), wide receiver (especially with Matthews’ contract expiring) and defensive front seven (Buffalo is too old up front).

Draft breakdown: The Bills have selections at No. 21, 22, 53 and 56. Big opportunities in the first two rounds.

Other potential priorities: Buffalo will have to decide what to do with Taylor, whose $6 million option has to be picked up or declined by the third day of the 2018 league year.

Outlook: There’s not a lot to be excited about when looking at an aging roster with quarterback questions. The Bills were in the right place at the right time in 2017, but don’t count on them getting back to the playoffs in 2018.

What’s new? The Dolphins should have franchise quarterback Ryan Tannehill back after the 29-year-old missed the entire 2017 season due to a knee injury.

Key needs: Guard (Miami is weak in both spots), receiver (especially if Landry gets away) and cornerback (need one more starting-caliber cover guy).

Draft breakdown: Miami picks at No. 11 and have two fourth-rounders, but no fifth-rounder.

Other potential priorities: Do the Dolphins want to bring in somebody to compete with Tannehill? It’s not as though the former first-round pick has been excellent when healthy. It’s a thought.

Outlook: Old defense, not a lot to get excited about on offense, and almost no money to spend. The Dolphins are an 8-8 team at best.

What’s new? Defensive coordinator Matt Patricia is gone, but the Patriots are also expecting key starters Julian Edelman and Dont’a Hightower to be healthy in 2018.

Key needs: Cornerback (doesn’t look like Butler’s coming back), offensive tackle (Solder can’t be franchise tagged) and running back (they could have trouble keeping both Lewis and Burkhead).

Draft breakdown: New England picks at No. 31 and it’s the status quo for the first three rounds, but they have no picks in Rounds 4 and 5.

Other potential priorities: The Patriots should probably consider finding a potential successor for 41-year-old Tom Brady, now that Jimmy Garoppolo is gone.

Outlook: You can sense the Pats are losing some momentum as Brady ages, and this might not be a fruitful offense. Still, they’re the heavy favorites in the AFC.

What’s new? Despite a better-than-expected 2017 season from an offense that lacked talent, the Jets fired offensive coordinator John Morton.

Draft breakdown: The Jets pick No. 6 overall and have two selections in the second round.

Other potential priorities: Muhammad Wilkerson is probably toast. The question is whether New York releases him now or waits to make him a post-June 1 cut.

Outlook: Plenty of opportunities to get better, but a lot of areas to address. The Jets should keep improving, but without a franchise quarterback they’re still unlikely to contend in 2018.