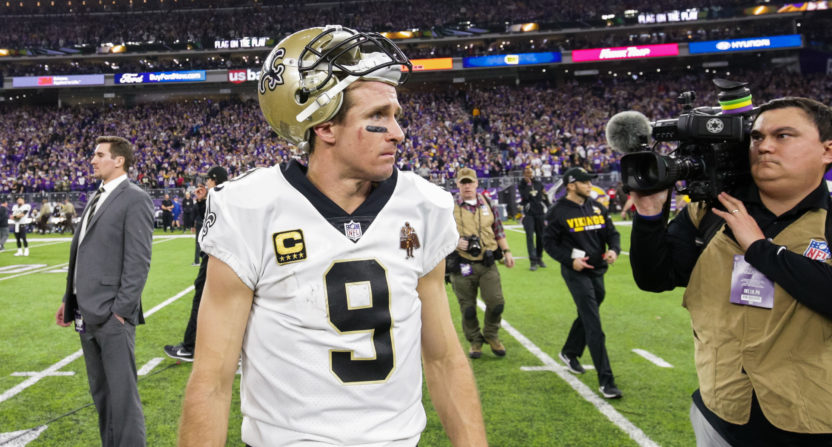 Previously in our offseason summaries, we covered the AFC — East, North, South and West — and are now looking at the NFC. Beginning in the East and navigating through the North, we now head down south. Three playoff teams came out of the NFC South in 2017, led by the New Orleans Saints and a resurgent defense. The Saints and Falcons should again be NFC powerhouses. Can the Panthers or Buccaneers keep pace?

Draft breakdown: The Falcons select 26th and are lacking a fifth-round pick.

Outlook: Atlanta is so very talented on both sides of the ball. This offseason will be about making some tweaks and getting the offense back on track. More internal than external.

What’s new? Offensive coordinator Mike Shula is out, Norv Turner is in.

Draft breakdown: Carolina picks 24th and has two third-rounders, but no fourth-rounder.

Other potential priorities: The Panthers might need a replacement for longtime center Ryan Kalil, who says he’ll retire after the 2018 season.

Outlook: Plenty of holes to fill for a team that simply needs more support for Cam Newton. But not a lot of money to spend and not a lot of draft capital. It’ll be tough, especially if they lose Norwell.

What’s new? Their 2017 draft class, which was one of the best in NFL history, can’t sneak up on anyone this year.

Projected salary cap space: $33 million — Just above the middle of the pack.

Draft breakdown: New Orleans selects 27th, lacks a second-rounder, but has a total of four selections in Rounds 5 and 6.

Other potential priorities: Brees will undoubtedly be back, but it might be time to find his long-term replacement.

Outlook: The Saints are in tremendous shape on both sides of the ball and should be able to afford keeping those two talented defensive linemen before attempting to again strike gold in the draft.

What’s new? Dirk Koetter remains the head coach and his staff is basically the same, so not much.

Key needs: The entire offensive line, the secondary, running back.

Draft breakdown: Tampa Bay selects seventh and has two picks in Round 6.

Other potential priorities: Top receiver Mike Evans is entering the final year of his rookie deal, but the Bucs aren’t tight for cash so they might not rush to extend him.

Outlook: Tampa Bay again has money to spend in free agency, but that was the case last year and the Bucs took a step backward after spending big. They have to hit on that No. 7 overall pick, and then quarterback Jameis Winston has to finally put it together in Year 4.