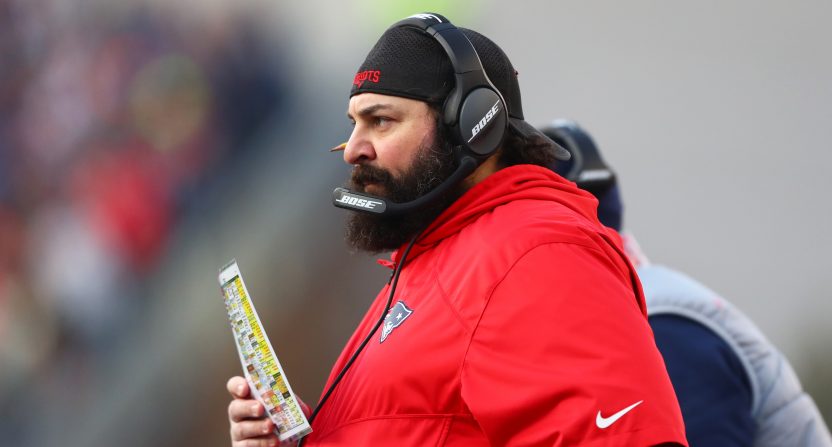 You would expect that NFL teams hiring new head coaches to front their franchises would be thorough and rigorous in their background checks, determined to find and investigate every red flag of a potential candidate. You’d think they would question the histories of coaches the way they seem to be with NFL Draft prospects, perhaps even more doggedly. After all, head coaches are the leaders of a franchise and the face of a team.

And yet the Detroit Lions seemed to have hired a new coach, Matt Patricia, without even knowing he was once indicted on sexual assault charges.

Until being told by the Detroit News in preparation for a story published Wednesday night, the Lions apparently did not know that a woman in 1996 told police police she was violently sexually assaulted by Patricia and a friend when the now-coach was a college student at Rensselaer Polytechnic Institute.

When approached by The Detroit News, team president Rod Wood initially said “I don’t know anything about this” — but hours later said his review of the situation only reinforced the team’s decision to hire Patricia.

“I am very comfortable with the process of interviewing and employing Matt,” Wood said. “I will tell you with 1,000-percent certainty that everything I’ve learned confirmed what I already knew about the man and would have no way changed our decision to make him our head coach.”

On Thursday, Patricia denied the allegations against him, while the Lions issued their support for their new coach, who was never convicted.

“We have spoken to Coach Patricia about this at length as well as the attorney who represented him at the time,” the team said in a statement. “Based upon everything we have learned, we believe and have accepted Coach Patricia’s explanation and we will continue to support him.”

It seems almost unbelievable that the Lions have failed to notice Patricia’s indictment as they prepared to hire him. In a league where draft prospects are scrutinized for trivialities such as their sexual preferences, no one performed a thorough enough background check to discover that Patricia was once accused of a violent crime? As Deadspin points out, accounts of the indictment are not difficult to find. And yet the Lions (and presumably Patricia’s previous employer, the Patriots) whiffed.

It’s also striking that the Lions’ idea of an investigation after the Detroit News report was to speak to Patricia and the lawyer who represented him… but not anyone who might offer a different version of events.

Anyway, the Lions seem to be sticking with Patricia, whom they hired to a five-year deal in January. We’ll see if any information comes out to change their minds.