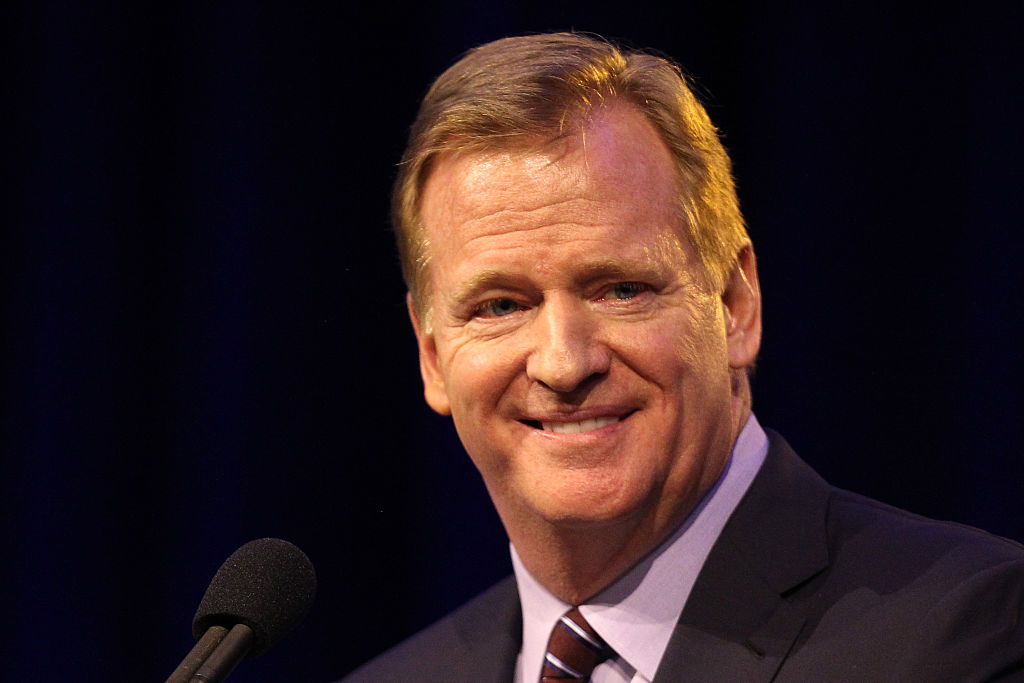 All you can do in this life is ask. And NFL commissioner Roger Goodell’s contract demands reportedly are for a $50 million annual salary and the lifetime use of a private jet. The NFL denies this, but you’ve got to admire the chutzpah. In fact, why stop there?

Here are some other things ol’ Rog asked for in his new contract. Probably.

Right to suspend Tom Brady for any two games in a season: We know one thing for sure about Goodell. He loves suspending people more than you love breathing. Due process? Arbitration? Don’t be silly. Those things are for losers. One man knows what is best when it comes to keeping miscreants in check.

Goodell is the judge, jury and executioner. And how dare somebody like Tom Brady repeatedly challenge his authority. Doesn’t he know who Goodell is? Doesn’t Brady realize Goodell is better at being commissioner than he will ever be at being quarterback? Doesn’t he know that the commish already did the Patriots a solid by destroying the SpyGate tapes and not suspending Bill Belichick?

Brady probably needs a constant reminder of Goodell’s authority. Therefore, Goodell should be able to suspend him for up to two games every season. He’s not required to. But the threat of it will make sure Brady knows who is boss.

Free Netflix for life: Netflix recently raised its prices. While still a good value, its subscription fee will likely continue to climb in the not-so-distant future. The company plans to spend $7 billion on content next year – a whopping increase from the $1 billion it’s spending this year.

Even a 1-percenter like Goodell has a budget he must adhere to. Why should he pay the fee while waiting for Stranger Things Season 3? Nope. Let the league pay the tab for his binge-watching. After all, what else is he going to watch during the dead moments in NFL games? Have you seen those halftime shows? How many Punt, Pass & Kick kids must he pose for a picture with?

Chick-fil-A service on Sundays: Goodell is just like you. Sometimes, he’ll have a craving for a chicken sandwich and drive to his local Chick-fil-A. When he arrives, he’s immediately dismayed when he sees it’s closed. He forgot yet again. This fast food restaurant isn’t open on Sunday.

Outrageous. It’s 2017. Elon Musk is working on plans to colonize Mars – and yet you can’t get Chick-fil-A on Sundays. Even stranger, the Atlanta Falcons new home, Mercedes-Benz Stadium, has a Chick-fil-A but it isn’t open for Falcons games. Goodell asking for Chick-fil-A service on Sundays seems perfectly reasonable and downright American.

A Sunday off during the season: One of the great joys of the NFL is watching all the games from the comfort of your couch. Sometimes, you don’t leave home for the entire day. It’s truly glorious laziness.

It’s a shame that Goodell can’t partake in the fun. He usually has to attend one of the games in person. Yes, he has good parking and is sitting in a catered luxury box. But getting in and out of a football stadium is a nightmare. And every single fan, player and owner wants to talk to him about the state of the league. That’s exhausting.

Goodell should be able to have one Sunday a year where he can just chill on the sofa and order Papa John’s, the official pizza company of the NFL. Or, if he’s pissed at John Schnatter, he could call Domino’s.

A 420 Twitter character limit with an edit button: Twitter has doubled the length of tweets to 280 characters. So now, instead of being efficient with your insults, complaints or cute GIFs, you can let the run-on sentences, misspellings and questionable grammar fly to your heart’s content.

But when you’re Goodell, you use Twitter for propaganda, er, I mean, news about how football is family. Your message can’t be contained in a mere 280 characters. Your words need room to breathe. And just in case you have a covfefe moment, having an edit button is a nice luxury that only you have access to.

Right to relegate the Browns to the CFL: The quality of play in the NFL has declined in recent years. The chief perpetrator for lousy football has been the Cleveland Browns. In a league that legislates parity by rewarding teams for being bad with high draft picks, the Browns are clueless. They’ve overstayed their welcome and it’s time to punish them until they get their act together.

Banish the Browns to the CFL and fill that vacancy with the CFL champion. Cleveland has had its chance. Time to give someone else a try. Hello, Ottawa Redblacks!

Right to participate in end zone celebrations: The NFL finally came to its senses and relaxed its celebration rules. The result has been awesome. Rock ‘Em Sock ‘Em Robots, Leapfrog, etc. The fun is back.

Goodell can be fun too. Have him spike the football, twerk or play hide-and-seek. This would go far in rehabilitating his image. You just know that Goodell is secretly working on some dance moves that he’s dying to show off. Think Hugh Grant in Love Actually.

Right to make Jerry Jones his bathroom attendant for one week: The Dallas Cowboys owner, president, pseudo coach is one of the league’s most powerful people. Since buying the Cowboys in 1989, he’s responsible for a lot of the financial success the NFL enjoys today.

But Jones is picking a fight with Goodell over the contract extension, going as far as to threatening to sue the other owners. He is livid over the commissioner’s handling of the Ezekiel Elliott suspension.

Wouldn’t it be nice to see Jones have to hand out towels and mints in Goodell’s executive washroom?