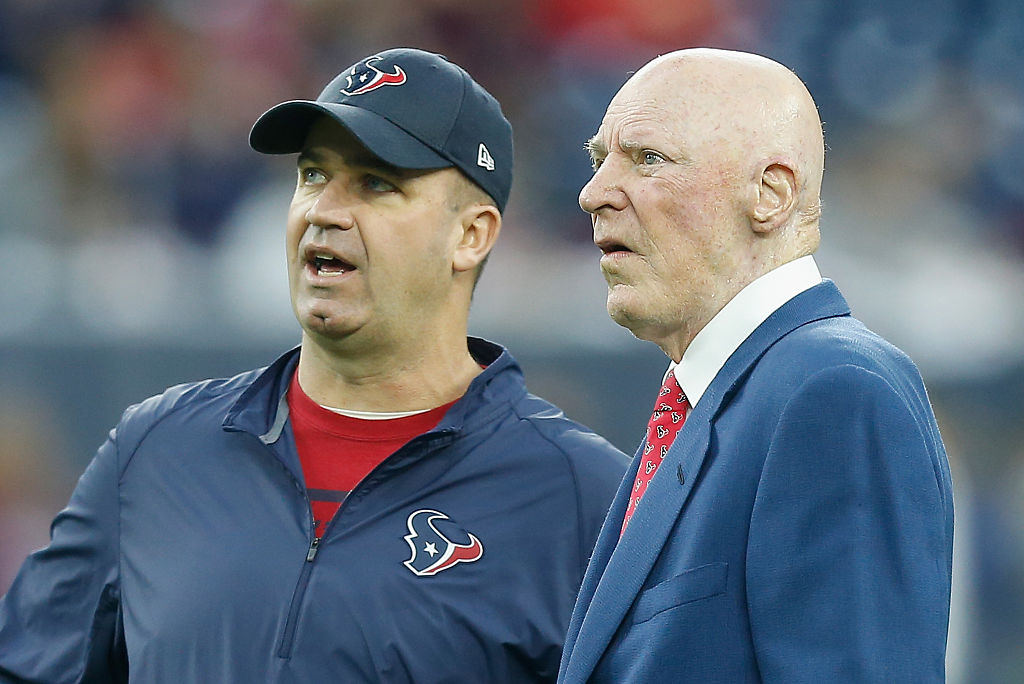 If you believe the NFL got one heck of a deal when it came to the concussion lawsuit settlement, you’re likely in the majority of sports fans in the country and the world. But, don’t count the people who are writing the checks in the league amongst those.

According to a report by Pro Football Talk, NFL owners are not happy to be the only ones sued and paying out over concussions in football. Houston Texans owner Bob McNair made that abundantly clear in an interview with the Sports Business Journal.

It may be cold, but is McNair really wrong? Why not go after the multi-million dollar university athletic departments or high school athletic associations where the issues may be larger than in the professional ranks?

Still, it is a bit off the mark when one considers lawyers for the defendants have plenty of ways to make sure a jury in Tuscaloosa, Alabama isn’t the one hearing a case like this.

It also shows just how cold, calculating, and completely uncaring towards the players these owners that write checks to for 16 weeks out of the year really are.

Never mind the fact that the NFL and its owners weren’t dragged in to a courtroom or through years and years and years of litigation. Instead, it appears McNair and at least a plurality of owners wanted the NFL to fight.

We could have fought that, and my feeling, and the feeling of many of us was we would have lost very few of those individual cases because the burden is so high. I mean, they would have to prove, No. 1, you received a concussion from playing football. No. 2, at what level, when did it occur? And they have played since they were a little kid, so was it in high school or junior high or college or the NFL? And to be able to prove that would be a tremendous, tremendous task. But we did recognize that there were some people who were having some problems and that we did not know enough about concussions and we were better off settling this, setting aside money to take care of these players.

The last part is the key to all of this. It appears the NFL settled the case knowing it was the right thing to do for all parties involved even if a fight would’ve absolved them of much of the individual cases and class-actions brought against it.

For a league that says it cares about its players, it certainly wouldn’t have looked that way from the outside or inside if it fought. It also seems as if plaintiff’s statements ahead of the case pretty much skewed public perception.

According to McNair, the league and its owners didn’t know anything about concussions and their long term affects…but neither did anyone else associated with the sport of football.

The public is coming to realize the NFL is leading the way. We are not hiding anything. Plaintiffs’ lawyers would like to build this case, and that is what they were relying on, [that] we were hiding information. We haven’t hid any information, we didn’t have information, no one did. We are developing information, and we are learning from it, and we are taking steps.

In the end, it appears that McNair and other owners believe they settled for more than what they could’ve paid out if they fought, but that the fight simply wasn’t worth it. The owners would rather focus on what is happening today and going forward in regards to concussions.

That may be the right way to look at it. After all, the damage has already been done to former football players. Let’s see if the league and doctors can work together to make their lives more comfortable while helping those who are just starting in the game avoid and better deal with concussions and their long-term symptoms.