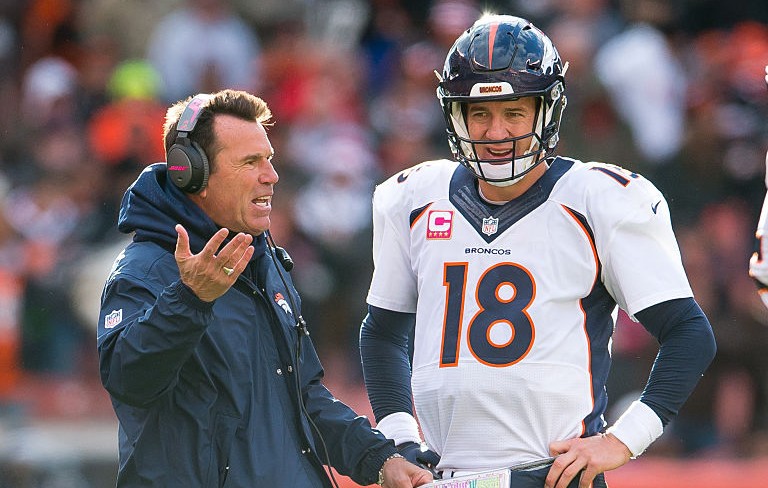 The Denver Broncos announced on Thursday that Peyton Manning will be the starting quarterback in the divisional round of the NFL playoffs on January 17. Denver is the top seed in the AFC, and will host either the Pittsburgh Steelers or the winner of Kansas City and Houston should Pittsburgh lose to Cincinnati in the Wild Card round.

Manning was the expected choice for Denver after head coach Gary Kubiak “went with his gut” in benching fill-in starter Brock Osweiler in the season finale win over San Diego. If Manning’s body recovered well from playing less than a full game for the first time in two months, it was highly unlikely Kubiak would deviate from the plan to start Manning in the playoffs.

The shame for Osweiler is that he had a chance to keep the job, but his ineffective play against the Chargers in a situation where Denver could have fallen from top overall seed in the AFC and a bye week with a win to the Wild Card round, traveling to Houston this weekend with a loss, Kubiak had no choice but to pull the Manning trigger.

How deep is the “Manning is the savior” narrative now? Well, he went 5-for-9 for 69 yards and did a ton of handing off to, ahem, lead Denver to victory over San Diego and was nominated for the NFL’s Castrol Edge Clutch Performer of Week 17. That’s a real thing, and Manning will probably win it, thereby justifying everything that’s happened over the last few days, right? 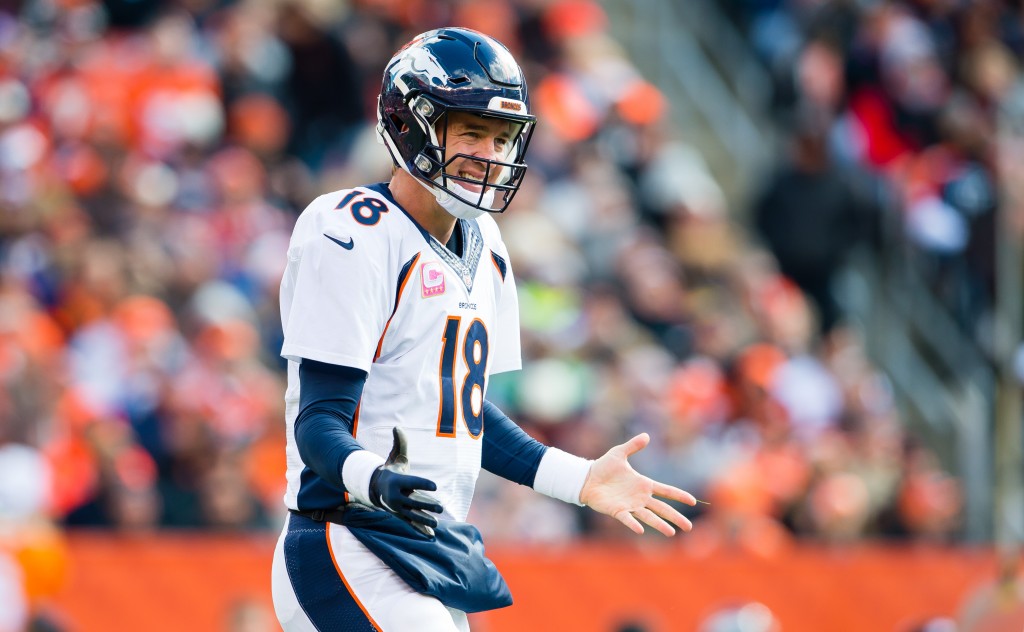 Narratives aside, Manning’s numbers this season have been the worst of his career and save one first down throw and a few hard counts to draw San Diego offside, he didn’t do much to show that he’s actually “back” enough to win in the playoffs. He has a sub 60-percent completion rate this season, and has just nine touchdowns to 17 interceptions. His quarterback rating is a horrific 67.9 on the year. And that’s before the rust and without the emotional rush of coming off the bench to be the so-called savior.

Osweiler, meanwhile, has been a little better, completing just under 62 percent of his passes with 10 touchdowns in the air and one on the ground, to seven turnovers, six by interception. Osweiler hasn’t earned top-seed quarterback status yet, but on paper, he’s probably the better choice.

And yet, despite the evidence that Manning lost his fastball even before being sidelined with an injury for much of the second half of the year, Kubiak was right to go with Manning in the playoffs; for everyone’s legacy, of course.

First, Manning’s legacy in the NFL cannot be that he was benched for the playoffs of his final year. Sure, Manning could come back and play somewhere in 2016, but it cannot be Denver with how this season went, even if he somehow musters up the old Peyton Manning arm to lead Denver to a Super Bowl. He’s done in the Mile High City; it’s just a matter of how many more starts he gets this season. And yet, for his legacy, and for the NFL’s memory of an all-time great, seeing him on the sidelines while Osweiler loses to the Steelers or Chiefs or Texans at home would be just horrible.

Next on the legacy list, and the biggest reason why Kubiak made this call, is the coach’s own legacy. And by legacy, I mean job.

If Kubiak loses with Manning, he can say to the fans and to John Elway and the Broncos front office that he rode with the Hall of Famer one last time and it didn’t pan out. Oh well, we tried. If he benches a healthy-enough-to-play Manning for Osweiler and Denver fails to advance or, shoot, fails to make the Super Bowl, Kubiak would surely be fired, and probably deservedly so, for taking an unnecessary risk instead of trusting the Hall of Famer. There is so much risk going with Osweiler at this point, even if it’s the better move, it’s an impossible one to make.

Kubiak shackled himself to Manning the second his gut decided to put the old signal caller back in the game last week. He’s gotta ride with that gut, and that guy, the rest of the way.

Last, and it may sound weird, but this might be the best thing for Osweiler’s legacy too. If the quarterback is the future in Denver starting next year, having the chip on his shoulder of ostensibly being re-benched for Manning in the playoffs can help him the rest of his career. Being the guy who replaced a legend and failed when Denver had home field could be devastating.

Sure, there’s a chance he could play the Tom Brady role to Manning’s Drew Bledsoe and Denver could win a title and everyone could be happy and Elway could play the Pat Bowlen role and say “this one’s for Peyton” and everybody wins. Literally.

But that’s too much risk for Kubiak to take, even if Osweiler gives Denver the best (or maybe least worst) chance to win. Not when Super Bowls are on the line. Not when legacies, and jobs, are at stake.