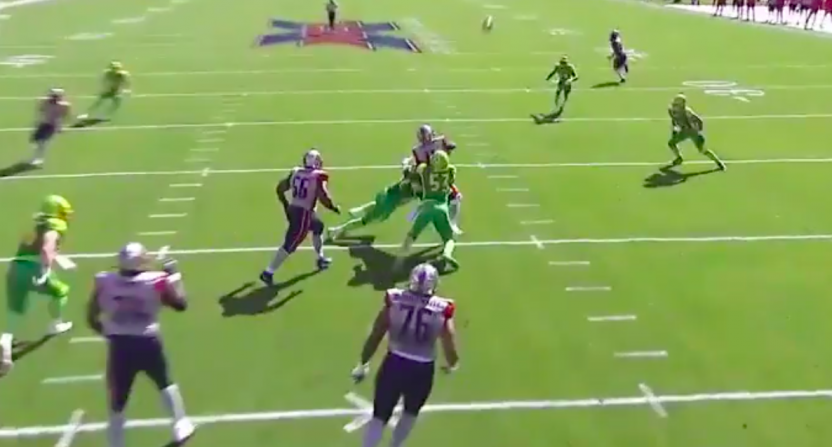 Before the XFL debuted, there were a lot of players thrown out there as the “face of the league,” the ones who would lead highlight reels and put it on the map.

Matt McGloin was supposed to power the NY Guardians but he’s known better so far for his sideline storylines. Aaron Murray was expected to be a star for the Tampa Bay Vipers but he had a rough start, got injured, and seems to have been supplanted by his backups. Dallas Renegades’ quarterback Landry Jones was a big name but he missed the first game of the season, though he did put together a good performance in Week 2.

However, when it comes to highlight-makers, perhaps no XFL player has shone quite as bright so far as Houston Roughnecks quarterback P.J. Walker. He orchestrated a blowout victory in Week 1 over Los Angeles with four total touchdowns, following that up with three touchdown passes in a hard-fought Week 2 win over St. Louis.

In Week 3, the undefeated Roughnecks traveled to Tampa Bay to take on the winless Vipers. So far, the Roughnecks have done what they were expected to do and a large reason why is Walker, who continues to make big plays even when it seems like there are none to be made.

An incredible story about how Andrew Luck told his father, XFL commissioner Oliver Luck, that PJ Walker should be in the league

Case in point, check out this 86-yard touchdown pass to Cam Phillips that doesn’t quite seem possible given what was around Walker when he threw the ball.

PJ Walker completes the 84-yard TD WHILE getting dragged down.

PJ Walker to Cam Phillips for an 84-yard touchdown while under pressure pic.twitter.com/ooXm4Eg2lV

Since then the Vipers have gotten back in the game thanks to backup QB Quinton Flowers. Who knows, we might be in for our first true back & forth QB battle in an XFL game. But if Walker’s play so far is any indication, Flowers is going to have to pull out all the stops to keep up.

UPDATE: As as soon as we hit publish, PJ Walker does this… No disrespect to the XFL but get this man an NFL look already…

We are running out of adjectives to describe what PJ Walker can do on a football field.