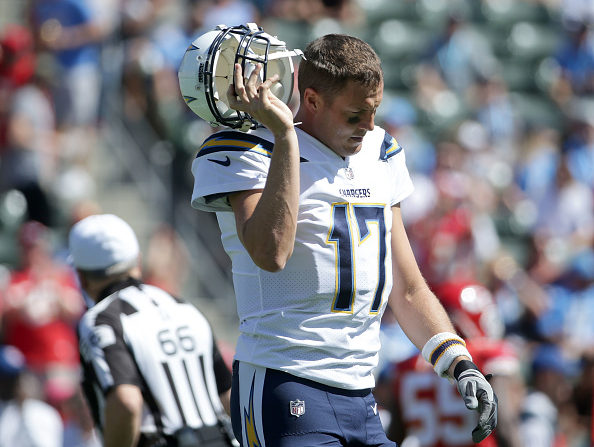 Is there hope for the Cleveland Browns, Cincinnati Bengals, Los Angeles Chargers, New York Giants or San Francisco 49ers this season, despite the fact each of them are entering October with 0-3 records? Probably not.

Dating back to 1980, 168 NFL teams have started their seasons 0-3. Only five have fought back to make the playoffs, and none of those anomalies have occurred since the turn of the century.

But there is a chance, and we’re here to break it down.

Call these NFL [Lack of] Power Rankings — a look at each winless team sorted by their likelihood of making the playoffs entering Week 4.

Once again the Chargers look as though they’ll be the NFL’s best bad team. They’ve got so much damn talent on offense and defense, but they continually find hilarious ways to lose games. A team with a quarterback like Philip Rivers, weapons like Keenan Allen, Antonio Gates, Melvin Gordon, Tyrell Williams, Travis Benjamin and Hunter Henry, and pass-rushers like Joey Bosa and Melvin Ingram would ordinarily have a half-decent shot at bouncing back from 0-3.

But the real issue is the snake-bitten Bolts reside in the league’s strongest division. They’re already two games back of the Chiefs, Raiders and Broncos in the AFC West. Good night.

At least the 49ers are in a weak division with the Seahawks, Rams and Cardinals. And I do think they’ll start to come around on both sides of the ball. They invested heavily in the offense and defense in the offseason, and they’ve got plenty of young talent on both sides. It’ll just take time before they start clicking in new head coach Kyle Shanahan’s system.

Heck, there have already been positive signs. They surrendered just 12 points in Seattle during Week 2 and then scored 39 against the Rams in Week 3. Don’t be surprised if they get hot and win at least a handful of games, but this team isn’t ready for the playoffs.

The Bengals’ poor start should surprise nobody. They won just three of their final nine games last season and are now 3-8 since last Halloween. They got worse in the offseason by inexplicably letting key offensive linemen Andrew Whitworth and Kevin Zeitler go despite having money to spend, which was straight-up sabotage when you consider how poorly quarterback Andy Dalton has traditionally performed under pressure.

The defense isn’t what it used to be, Dalton has regressed and there’s only so much A.J. Green can do as the only proven, high-quality weapon on the offensive side of the ball. They aren’t toast yet because the rest of the AFC North is a bit of a tire fire, but this has the look of a five-win team at best. 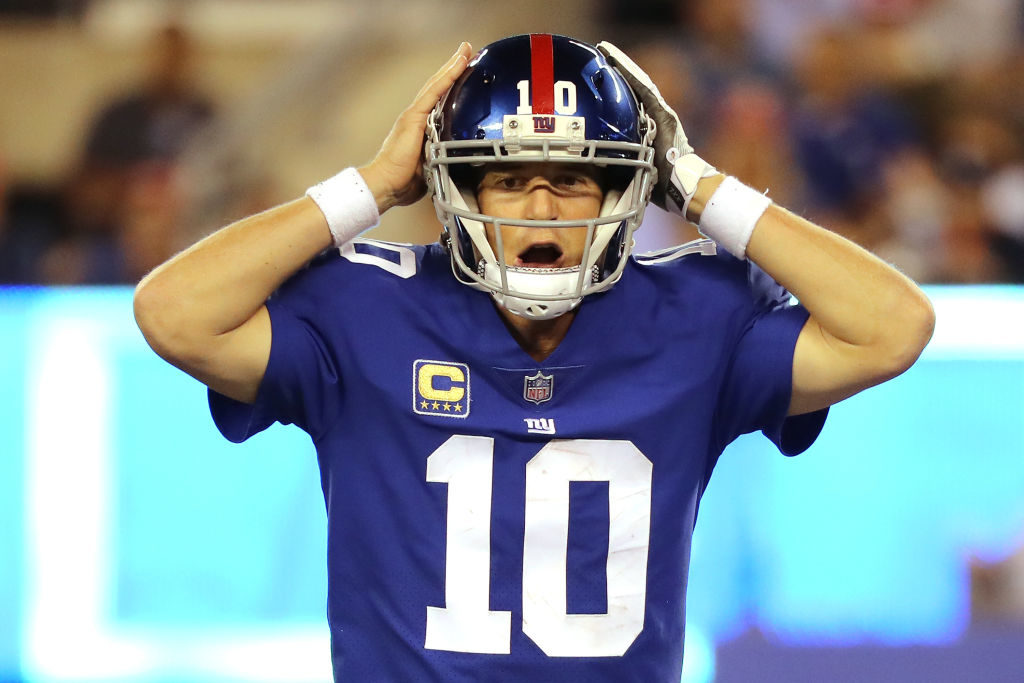 The Giants don’t have an insurance policy for their lack of pass protection, and it doesn’t look as though they’ll become any more balanced or consistent on the offensive side of the ball. This is a team that’s been held to fewer than 20 points in eight of its past nine games.

The defense might be good and Odell Beckham Jr. is one of the best receivers in the game, but that’s just not enough in the highly-competitive NFC East. Everybody else in that division is 2-1, and the Giants — who face an extremely tough schedule going forward — are already 0-2 within against divisional opponents.

The Browns won just one game last year and are considered to be a team on an upward trajectory, which could make another sub-five-win season easier than usual to tolerate. DeShone Kizer was never ready to start this quickly, he lacks weapons and the defense is at least a year away. Even in a bad division, I’d bet my life savings on the Browns missing the playoffs for a 15th consecutive year.