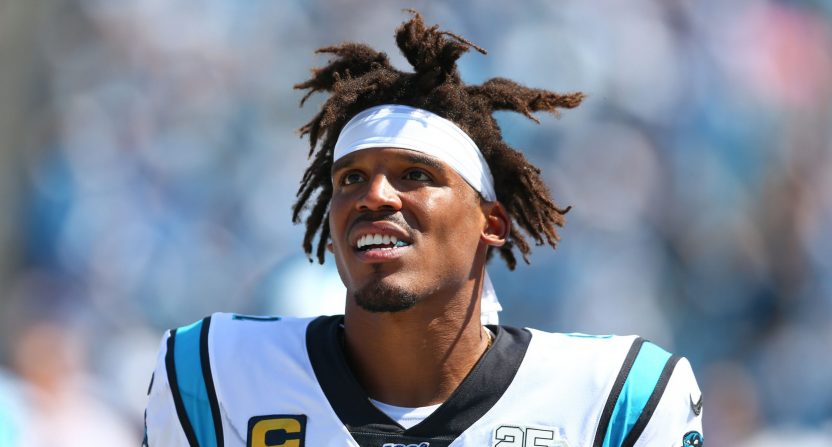 NFL free agency is nearly a month old now, and the draft is looming. But several starting-caliber veterans remain available on the open market. Let’s predict where each will land.

The Chargers are still talking as though they might actually roll with Tyrod Taylor in 2020, but that’s completely asinine and a clear-cut attempt to cover themselves in case they don’t do better in free agency or the draft. Newton makes perfect sense for Los Angeles, on and off the field. He might have to wait to show that he’s fully healthy later this offseason, but he’ll eventually land in L.A.

NFL Network’s Mike Garafolo reports the odds are “slim to none” the 27-year-old three-time Pro Bowler returns to the Seattle Seahawks. But the Titans still have some money to spend and are in desperate need of another pass-rusher. The New York Giants are a strong candidate, but they’ve already spent so much elsewhere on defense and have less salary-cap space.

Once Clowney lands in Tennessee, New York can probably get a better deal for Griffen. The 32-year-old has recorded double-digit sacks in three of his last six seasons, and he’d at least provide an upgrade over Markus Golden.

The versatile, experienced, and fairly steady corner who picked off four passes with the Tennessee Titans in 2019 is good enough to start on plenty of rosters, but Buffalo stands out. The Bills could really use him in the slot, alongside Tre’Davious White and Josh Norman, they have the money, and they’re in win-now mode. So a 29-year-old makes sense.

He likely won’t land a starting job after becoming the first quarterback in 30 years to throw 30 interceptions in a season, but Winston has ridiculous arm talent and is also the league’s reigning passing yardage leader. Eventually, somebody will give him a shot to compete as a backup or he’ll gain a shot as a result of an injury. I’m waiting for the Jags to realize he could be a better option than Gardner Minshew II.

Even as a tired, banged-up 37-year-old, the legendary Peters posted the fourth-best Pro Football Focus pass-protection grade among qualified tackles last season. But he has to land with a competitive team that has a quality swing tackle in the case of emergency. The Bucs fit that profile, they have just enough money, and Tom Brady would likely be enthused about it.

The 29-year-old has put up double-digit sacks in each of his last two healthy seasons. The problem is those came three years apart. Oh, and everybody is paying attention to Clowney, Griffen, and trade candidate Yannick Ngakoue. Still, he’s a playmaker with growth potential on the edge, and the Jets really need another capable player on the edge.