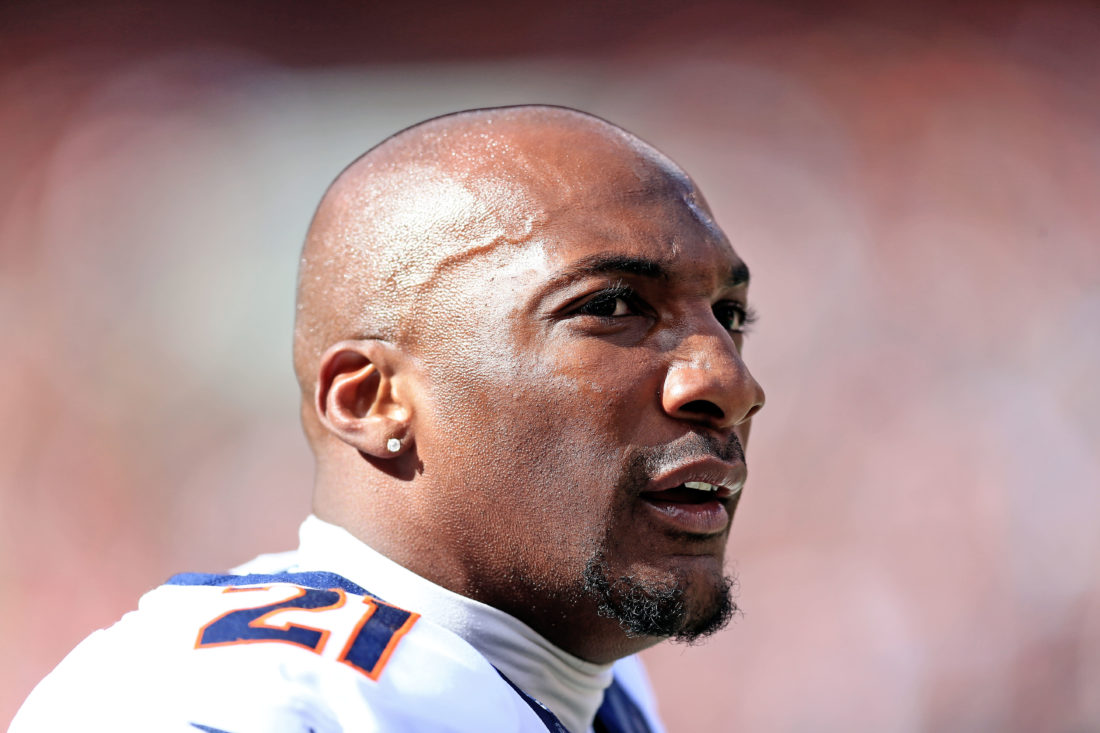 The Los Angeles Rams were a fun story last year, but now they might just be downright scary. After trading for Chiefs cornerback Marcus Peters a few weeks ago and placing the franchise tag on safety LaMarcus Joyner a few days ago, the Rams made a deal with Denver to bring in veteran CB Aqib Talib.

The #Rams and #Broncos have finalized a deal to send CB Aqib Talib to Los Angeles, sources tell me and @JamesPalmerTV.

And they really didn’t have to give up much to do it, either:

Rams are expected to trade a 2018 fifth-round pick to Broncos for CB Aqib Talib, per source. https://t.co/y5eQAfOErx

Talib isn’t the player he once was, but he’ll only be 32 next season, and he could help push the Rams defense over the top. They were already a formidable unit, finishing 6th in Fooball Outsiders defensive DVOA metric, and they have an MVP-level player in defensive line disruption machine Aaron Donald. It’s a great example of an NFL team recognizing that things can always be improved, and that depth is crucial.

To that end, they also brought in veteran corner Sam Shields today. Adding talent is never a bad thing, and given today’s personnel packages, it’s not like teams can’t use three or four starting-caliber corners nearly all the time. And even though they are likely losing one talented player, they w0n’t be walking away empty-handed:

One more note on Rams. If/when Trumaine Johnson signs elsewhere next week, they’ll be in line for what should be a future compensatory 3rd round pick.

Given where the rest of the division sits, it’s not hard to look at the Rams as a potential NFC West power for the coming years. But, then again, most people thought the Seahawks had dynastic potential as well, and they haven’t really been the same since losing that Super Bowl to New England. Football!

Speaking of teams that haven’t been the same for a few years, the Broncos side of this trade is also interesting. They were likely going to cut Talib if they didn’t find any takers; he’s owed $11 million this year.

Obviously that’s usable space for Denver, and the trade is something of a favor for Talib, as well:

Aqib Talib wanted to play for Wade Phillips in LA or Bill Belichick in New England; idea of playing elsewhere was not something he found desirable. This helped dictate trade to Rams.

For Denver, though, this cap space clearing could signal a play for a free agent quarterback. Paxton Lynch is pretty clearly not the answer, and while Kirk Cousins might be priced out of Denver’s range, even post-Talib trade, players like Sam Bradford and Case Keenum could still be fits in Denver. The Broncos have been lacking at quarterback since their Super Bowl win in 2016 (and, arguably, were lacking before, though Peyton tried his hardest) and while the free agency route is a risky one, it’s better than nothing.

Also, hey, the NFL is once again making headlines in the spring! With trades! Considering we’re still about six months away from opening day, we have to take our football news where we can get it.