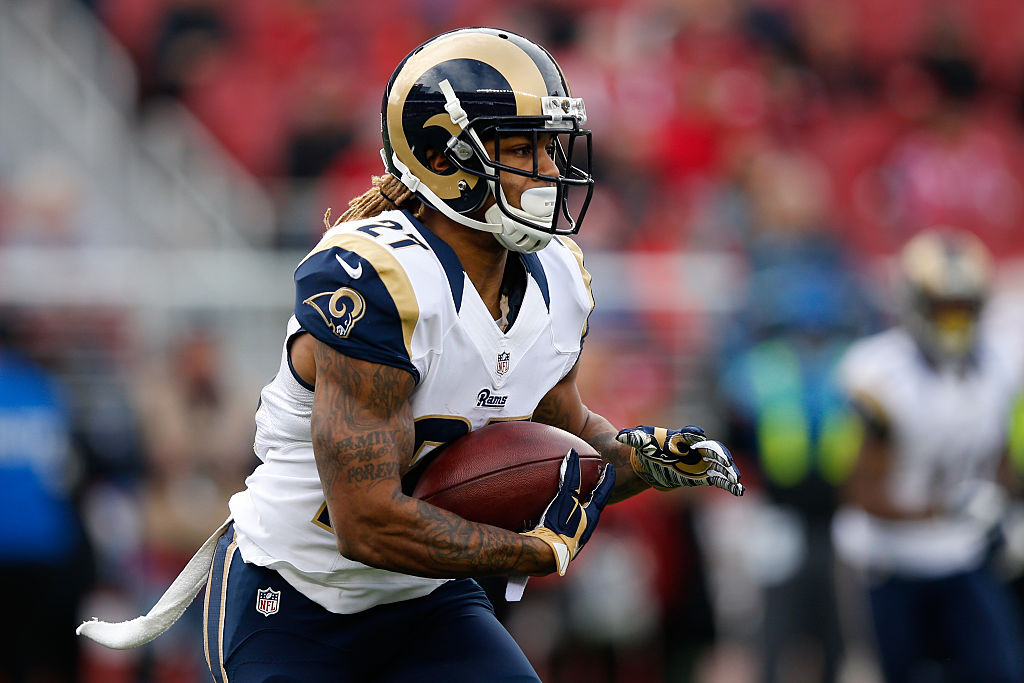 Troubling news about Rams running back Tre Mason, as the Rams apparently haven’t heard from him since the end of the 2015 season.

Mason did not show up to training camp, and was placed on the the “did not report” list. Fisher sounded very concerned when talking to reporters. From this Fox Sports article:

“I haven’t personally spoken with Tre since the season ended,” coach Jeff Fisher said. “I tried numerous times to reach him. Tre has made a decision not to communicate with us, not to talk. Not talking to his teammates. Right now we’re more concerned about Tre Mason’s well-being than we are his football career.”

Mason, who had been excused from the team’s offseason program for personal reasons, has reportedly had several brushes with the law in the past few months. Mason was arrested in Florida in March on suspicion of reckless driving, marijuana possession and other charges, and was tased when he failed to cooperate.

TMZ reported more about one of those brushes with the law, saying this regarding a July 23rd interaction between Mason and police. Things don’t sound good:

According to the report, filed by the Palm Beach County Sheriff’s Office … cops say Tre’s mother had called because her son was “acting unusual and making irrational statements.”

When Tre saw the cops, he threatened to call the White House and have them all fired — and made bizarre statements about Al Qaeda … so says the report.

Upon inspection, cops noticed a hole that had been punched in the wall of Tre’s bedroom and a broken vase and lamp. Tre also had a cut on his hand, but was refusing medical attention.

The officer who filed the report made it clear Tre was in no position to make decisions on his own.

Mason wasn’t pleased with the addition of Todd Gurley last year, but it’s dangerous to draw lines between on-field developments and off-field problems. This is not a good mix of news to hear about a player who may have some serious health issues. There’s only so much a team can do for a player in this kind of scenario. Hopefully the team, or the coach, or his teammates, or even the NFLPA is able to establish contact with Mason to assist him with getting the help he needs.