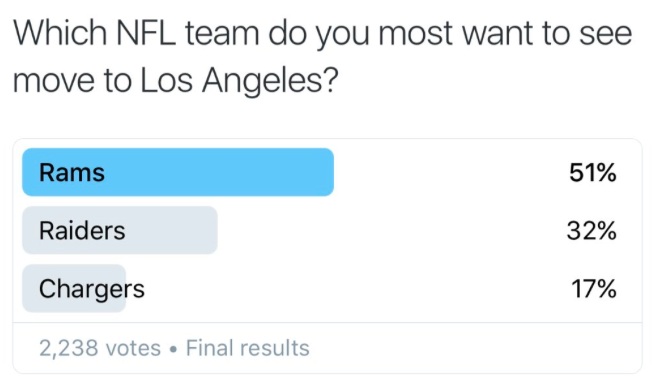 Here’s what we wrote Wednesday morning regarding the St. Louis Rams’ proposal for why their Inglewood project was the better fit for NFL relocation to Los Angeles over the Carson stadium project backed by the San Diego Chargers and Oakland Raiders:

The Rams have concluded through polling that they have the strongest homegrown fanbase in the region, more so than the other two teams that are actually still in California. We’d be interested to see their work on that.

Specifically, the Rams’ application reads “Polling throughout the relocation process has consistently shown the Rams as a single team have more fan support than the Chargers and Raiders combined.” That seems odd on it’s face simply because despite the fact that the Rams used to play in California, the Chargers and Raiders actually still do, so it stands to reason there would still be more fans of those teams in the region than the one that moved to the Midwest almost two decades ago.

So what polling system did the Rams use to justify this? A Twitter Poll, apparently. Not just that, a Twitter poll posted by an ESPN writer.

The Rams used my Twitter poll (citing it as ESPN LA) in their relocation application submitted to the NFL on Monday. pic.twitter.com/EC8fB15vAi

First of all, it takes cajones to grab a random Twitter poll and use it to justify your billion-dollar proposal. 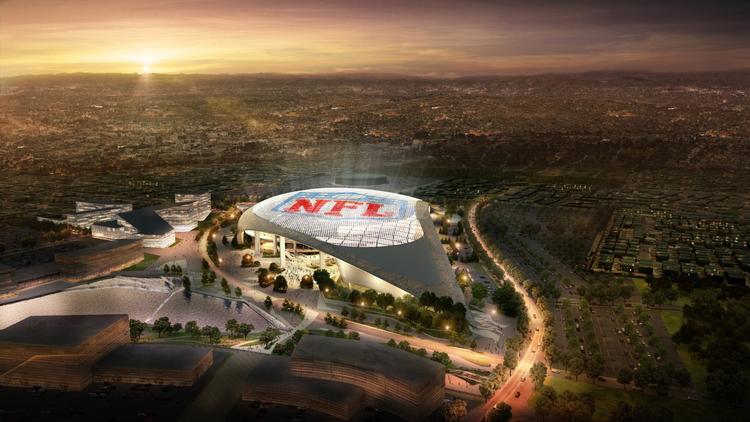 In a weird way, it would make sense for this entire billion-dollar process that will affect the financial futures of multiple major U.S. cities to come down to the results of a random Twitter poll. Just seems like the kind of critical decision-making we’re used to seeing out of the NFL.