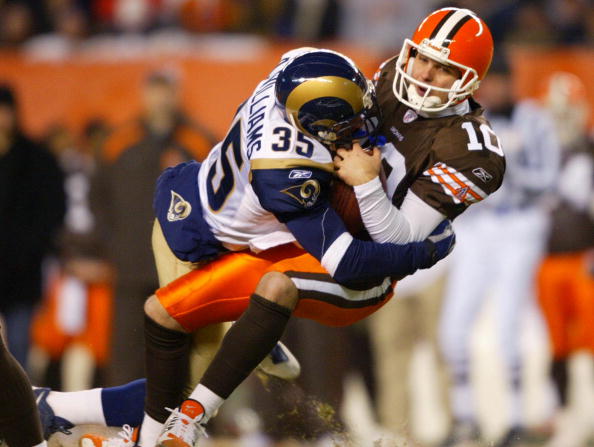 Assuming he starts Week 1 — and right now, the odds probably favor it — Robert Griffin III will become the Cleveland Browns’ 25th starting quarterback in an 18-season span. Back in December, we gave you everything you needed to know about the 24 quarterbacks who had started for Cleveland since 1999. Now, we rank all 23 who have started for the team since 2000.

In his very first start as a Brown, Holcomb completed 27 of 39 passes for 326 yards, three touchdowns and no interceptions in a ridiculous 40-39 loss to the Chiefs. The next week, he led them to a victory over Cincinnati. Thus, two weeks into the 2002 season, he was the second highest-rated passer in the NFL. But then starter Tim Couch returned and Holcomb didn’t get a chance again until he started Cleveland’s only playoff game this century, posting a solid 107.6 rating on 429 passing yards in a 36-33 loss to the Steelers. He also threw five touchdown passes in a 58-48 loss to the Bengals in 2004. 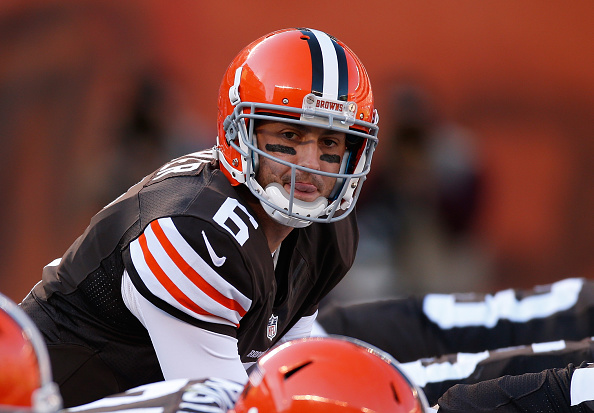 Hoyer is the only quarterback this century who has a winning record in a Browns uniform. His 7.4 yards-per-attempt average also beats every other quarterback on this list.

McCown is the highest-rated passer in Browns history. Seriously. And yet he’s been victorious only once in eight starts with the team. 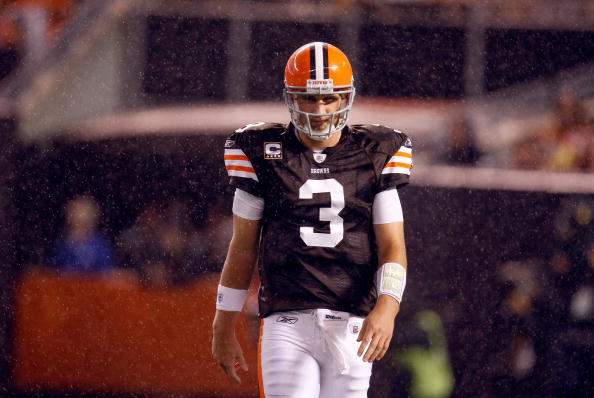 Playing on his fourth team in five years, the journeyman lost seven of his eight starts and completed just 56.8 percent of his passes in relief of Brandon Weeden. But in his defense, the Browns lost two of the three games in which Campbell posted triple-digit passer ratings. 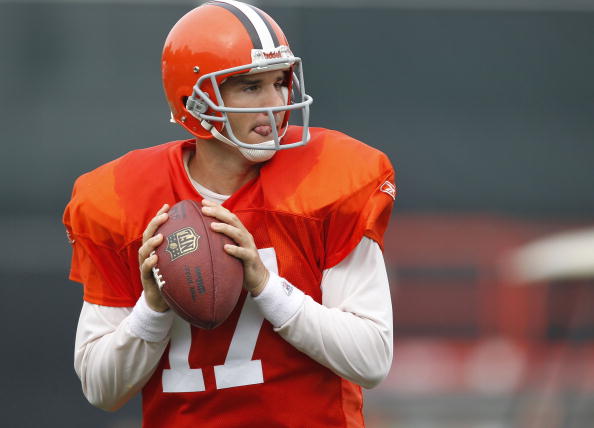 Making his final four NFL starts, Delhomme managed to lead a bad Browns team to two victories in a three-week stretch late in the 2010 campaign. His 2-to-7 touchdown-to-interception ratio hurts, but Delhomme actually completed a very solid 63.5 percent of his passes in his four starts.

The veteran had a couple horrendous performances during his one-year stint with the Browns, once throwing three picks on 19 pass attempts in a 13-10 home loss to Detroit. But he does get some credit for lighting up the Packers with a 336-yard, three-touchdown performance in a September victory at Lambeau.

In his only game as a Brown, Lewis actually completed 22 of 32 passes in a 24-10 loss to the Steelers. Unfortunately, that was the final game of the 2012 campaign and he joined the Bills the next year.

In Wallace’s defense, he threw only four interceptions on 208 pass attempts. Among quarterbacks on this list with multiple starts in Cleveland, only McCown had a lower pick rate. But he was held to fewer than 230 yards in all seven of his starts and never threw more than a single touchdown pass in a game. 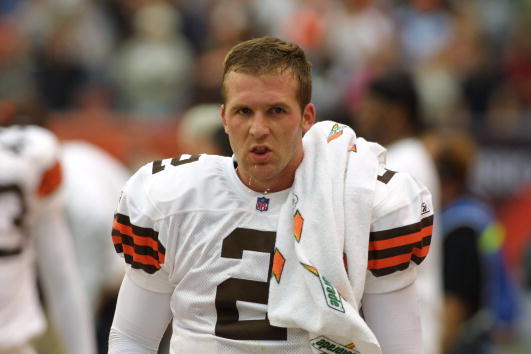 Couch started a franchise-high 45 games during that span (and 59 in total), but the first overall pick of the 1999 draft threw more interceptions than touchdowns and finished with a losing record. He did play a role in getting the Browns to the playoffs in 2003, but he was actually outplayed by Holcomb that year and broke his leg late in the season.

The 2005 third-round pick was the team’s Week 1 starter in both 2006 and 2007, but he was benched before halftime in the ’07 opener and promptly traded to Seattle. He did have a few extremely efficient performances but was never able to carry that offense, and he posted a sub-50 passer rating on four separate occasions.

The veteran once completed just eight of 27 passes for 71 yards, no touchdowns and three interceptions in a 19-12 loss to Dallas. He had some nice moments in his career, but none took place in Cleveland. 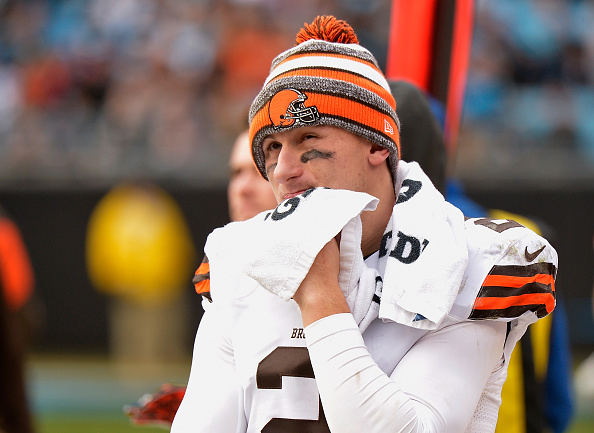 The 2014 first-round pick had a few decent moments but never really gave himself much of a chance in Cleveland.

Sure, he threw more touchdown passes than picks (that’s somewhat of an accomplishment in Cleveland), but the 2010 third-round pick went over 300 yards just once in 21 starts.

He lost 15 of his 20 starts and completed only 55.9 percent of his passes. The 2012 first-round pick had a passer rating in the triple digits just once during that span. 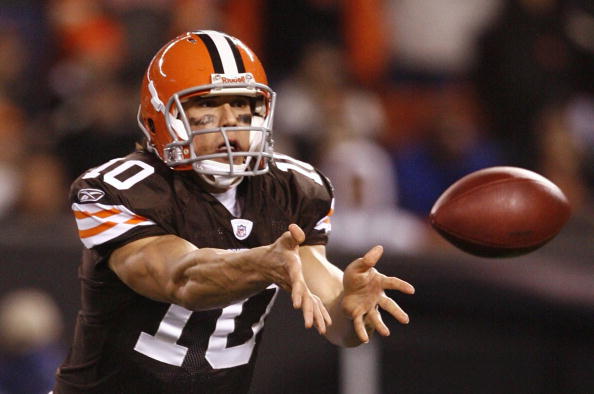 Quinn didn’t throw a lot of picks, but he completed just 52.1 percent of his passes, which is ridiculous these days in a 12-start sample. He posted a triple-digit passer rating just once in three years.

The career backup was horrendous in his eight starts in relief of Couch in 2000, only once throwing for 200 yards and only twice finding the end zone. In his only victory, he completed just 54.1 percent of his passes and averaged just 3.7 yards per attempt. 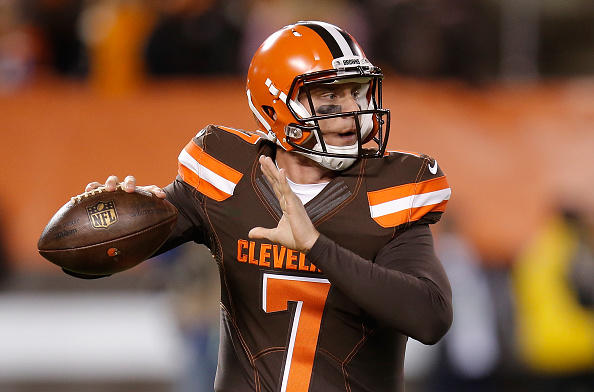 Davis had zero touchdown passes and three picks in two losing efforts as a starter last season, finishing with a 59.1 rating in those games.

The rookie fourth-round pick lasted just one year in Cleveland, and for good reason. He threw multiple interceptions in three of his four starts, all of which were losses, and he completed fewer than half of his passes.

In the only game of Shaw’s career, the South Carolina product had as many incompletions as completions and threw an interception in a 20-10 loss to the Ravens. He was also sacked four times. And his only big completion sort of looked like something you or I could have pulled off…

He completed only 22 of 54 passes and averaged just 3.1 yards per attempt during his seven appearances in 2000, losing his only start 48-0 in a performance that featured just five completions for 17 yards. And yet amazingly, he’s not the last guy on this list.

The career backup completed just five of 16 passes in a 31-0 loss in his only start as a Brown. In two appearances that year, he amassed a passer rating of 2.8. 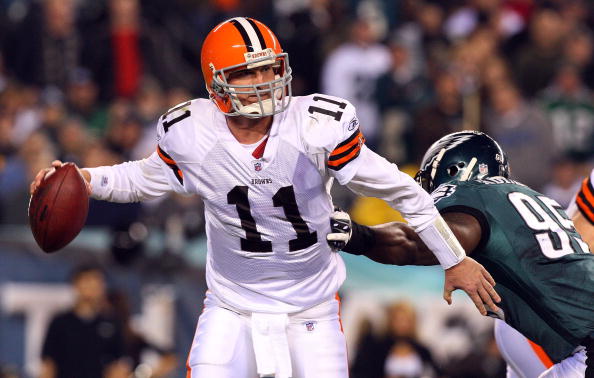 At least Gradkowski’s sample size was so small that it could be viewed as an anomaly. Dorsey was nearly as bad despite playing in and starting three times as many games and throwing nearly four times as many passes in 2008. He completed just 46.7 percent of his 92 passes and never posted a passer rating above 50.0 in three abysmal spot starts in ’08, before an injury ended his season and paved the way for Gradkowski’s ugly — but, thankfully, shorter — run. Under the tutelage of Dorsey and Gradkowski during the final four weeks of that season, the Cleveland offense scored a grand total of 12 points and zero touchdowns.