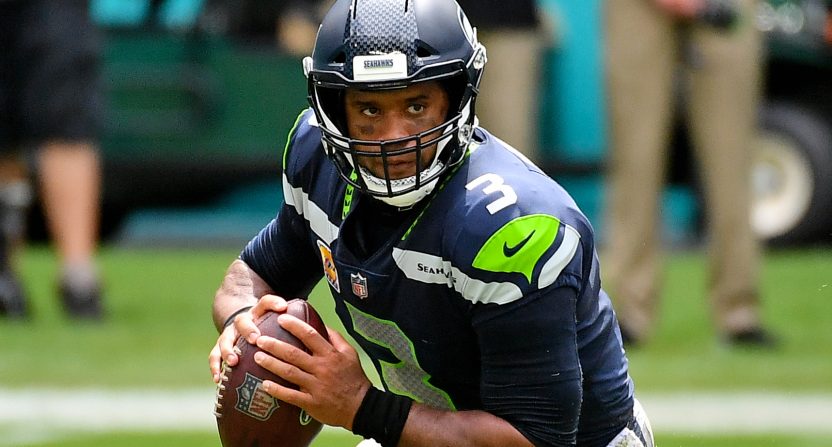 Six weeks into the 2020 NFL season, the strength of most of the divisions has become pretty damn obvious. Here’s how we view all eight approaching the midway point of the season.

1. NFC West: At 16-7, the NFC West has the top record in the NFL thus far in 2020. And that’s despite the fact the San Francisco 49ers have been gutted by injuries. The defending NFC champions are still 3-3, the Seattle Seahawks look like the class of the conference, and both the Los Angeles Rams and Arizona Cardinals look like contenders following 4-2 starts. This division is jacked with talent.

2. AFC North: So is the AFC North, but the Cincinnati Bengals aren’t yet a contender. That’s the key difference, but it’s also harder to trust the Cleveland Browns considering their history. Regardless, the Pittsburgh Steelers are off to a perfect start, the Baltimore Ravens have won 17 of their last 18 regular-season games, and the 4-2 Browns are loaded with talent and promise.

3. NFC South: There’s a big drop-off after the top two divisions, but it’s hard to deny the NFC South the third spot due to the fact that three of the division’s quarterbacks could wind up in the Hall of Fame. Matt Ryan’s Atlanta Falcons are out of the running but still dangerous, the Carolina Panthers have exceeded expectations thus far, and both the Tampa Bay Buccaneers and New Orleans Saints look like Super Bowl contenders with Tom Brady and Drew Brees under center.

4. NFC North: The Minnesota Vikings are a damn good last-place team, the Detroit Lions are a pretty good third-place team, the Green Bay Packers are the best second-place team in the NFL, and the defensively-dominant Chicago Bears have just one loss this season. You’re allowed to lack trust in the Bears and write off the Lions and Vikes, but this division lacks a slouch and possesses at least one Super Bowl contender.

5. AFC South: The Tennessee Titans and Indianapolis Colts are in contention with a combined record of 9-2, and the Houston Texans are a lot better than their 1-5 record, but the Jacksonville Jaguars are a joke, and it’s easy to envision Tennessee and/or Indy falling off a cliff. This is an average division for now.

6. AFC West: It helps that the AFC West contains the defending Super Bowl champion/current Super Bowl favorite Kansas City Chiefs, and the Las Vegas Raiders have thus far exceeded expectations. But does anyone figure that can hold up? Plus, the Denver Broncos and Los Angeles Chargers have been crushed by injuries to such an extent that this is a two-horse race at best.

7. AFC East: The Buffalo Bills looked like a potential juggernaut but have now struggled in back-to-back losses, nobody expects the rebuilding Miami Dolphins to contend despite a decent start, the formerly dynastic New England Patriots have now lost seven of their last 11 games, and the New York Jets might be the worst team in football. Not a lot to get immediately excited about here.

8. NFC East: This historically terrible division has five total wins in six weeks, with just two of those victories taking place in games against non-NFC East opponents (1-5 Atlanta, 3-3 San Francisco). The New York Giants and Washington Football Team are both 1-5, but just a game back of the first-place Dallas Cowboys, who have been completely wrecked by injuries on both sides of the ball. Meanwhile, the 1-4-1 Philadelphia Eagles and their yip-plagued quarterback have been hit even harder. It’s an absolute mess.