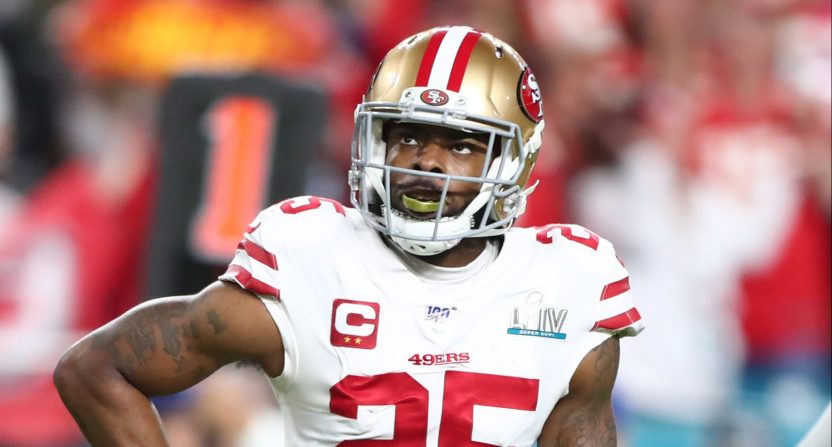 Now that free agency is out of the way in the NFL, we have a feel for what every team’s roster will look like heading into the draft. And thus, we also have a feel for which divisions will be tough and which will be weak, barring big draft changes.

Here’s how we rank the eight NFL divisions during this short lull in the 2020 offseason:

San Francisco should have a good chance at making another Super Bowl run, Seattle is always in the Super Bowl picture with quarterback Russell Wilson, the Rams were a Super Bowl team just 14 months ago, and the high-trajectory Cardinals look primed to take a big step forward with Kliff Kingsbury, Kyler Murray, DeAndre Hopkins and an improved defense.

Baltimore had the best record in the NFL last year and looks even better now, Pittsburgh should improve significantly with the return of quarterback Ben Roethlisberger, the Browns have enough talent to make a Super Bowl run if it all comes together, and the Bengals can’t get any worse. They bring the division down a bit, but they at least invested in some free agents and will likely have Joe Burrow at quarterback.

The Panthers will probably need a year or two to get back on track, but New Orleans is still one of the most talented teams in football, Atlanta went 6-2 in the second half of the 2019 season, and the Buccaneers look as though they’re on the verge of exploding with Tom Brady teaming up with Bruce Arians.

Both the Broncos and Chargers are much better than their 2019 records (7-9 and 5-11, respectively), the Chiefs just won the Super Bowl and should be considered the favorite again, and the Raiders have collected a lot of new talent the last couple of offseasons. This is at least an above-average division.

Everybody is pretty flawed here, but the Packers, Bears, and Vikings all have the talent to contend, and the Lions aren’t as bad as their 3-12-1 2019 record. This division is likely to be average, but has a high ceiling.

It’s hard to trust anyone in this division. The Texans, Titans, Colts, and Jaguars all have plenty of talent, but Houston has made some terrible moves under the tutelage of Bill O’Brien, Tennessee’s 2019 success might not be sustainable, Indy still could have quarterback problems, and the Jags are trending in the wrong direction.

The Bills are an above-average team, the Jets have enough talent to win at least half-a-dozen games, and the Dolphins should also be in that range after an encouraging and exciting offseason. But now that the Patriots have come back to earth with Brady and other key cogs departing, the AFC East has no top-tier contenders.

This division was an utter mess in 2019 and should only be mildly better in 2020. The Cowboys haven’t improved on paper, the Redskins and Giants still have major issues after winning a combined seven games, and the Eagles have plenty of work to do in the draft. Dallas and Philly have potential runs in them, but there’s a lot of room for a lot to go wrong here.