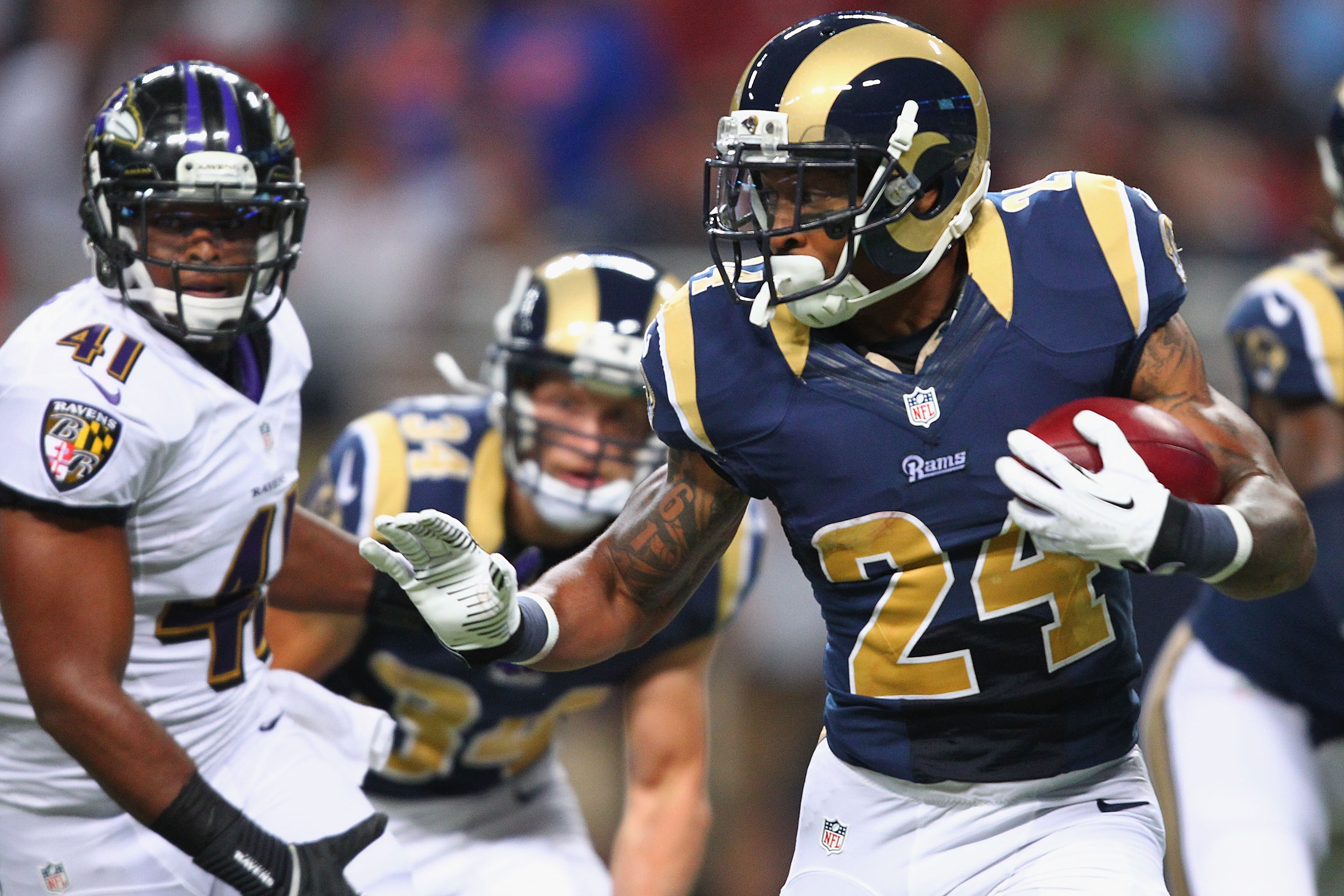 The former head coach of ex-NFL running back Isaiah Pead has let the cat out of the bag about the extent of Pead’s injuries suffered in a single-car crash in Columbus, Ohio this past weekend.

Simply put, Pead won’t ever return to the NFL thanks to the injuries he suffered in the wreck.

Los Angeles Rams coach Jeff Fisher issued the following statement about his former player, who was a member of the Rams from 2012 to 2015:

“Our organization’s hearts and prayers go out to the Isaiah Pead family. I spoke with his mom [on Saturday]. He’s struggling, and he’s going to have a tough road. We’re hoping that he’ll come through this, but his career is over, and he was an outstanding young man while we had him.”

Pead last played for the Miami Dolphins this season, but was released earlier this season.

The running back was a star while with the Cincinnati Bearcats during college and had been known to be around the program a lot in the offseason.

Cincy head coach Tommy Tuberville echoed the thoughts of Fisher in his own statement about Pead’s future.

“It’s hard on him and his family, because he’s going to have a tough life in front of him,” Tuberville said on Tuesday, as quoted in the Cincinnati Enquirer. “Our prayers go out to him. Tough situation to a great kid, and a great Bearcat.”

Prayers for one of our #Bearcats, Isaiah Pead. A Bearcat forever pic.twitter.com/AeCt7mhZPC

Some speculation surrounded the role drugs and/or alcohol in the crash considering it was a single-car accident, but the 9-1-1 tape that was released shows no signs of police believing either was a factor.

However, speed is thought to be a major cause for the accident, with witnesses saying Pead’s car was going at least 90 miles per hour. Pead was ejected from the vehicle, and the lady who made the 9-1-1 call was frantic to get another person out of the damaged vehicle in which he was trapped.