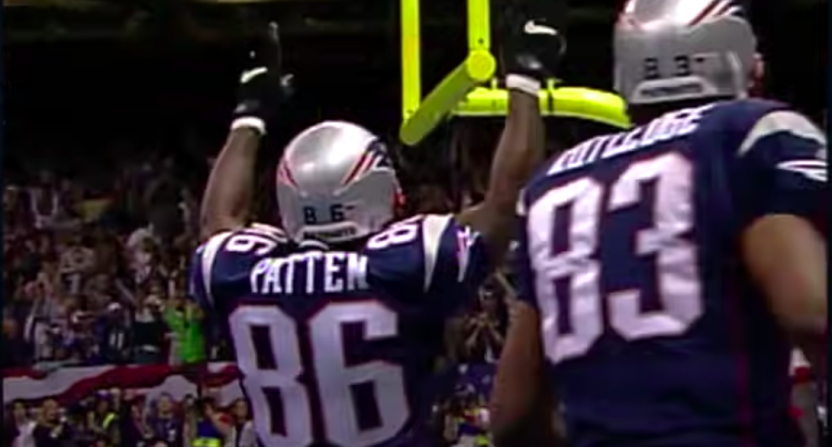 David Patten, who played for 12 seasons in the NFL as a wide receiver, died on September 2 at the age of 47 following a motorcycle accident. Between 1997 and 2009, Patten played for the New York Giants, Washington Redskins, New Orleans Saints, and Cleveland Browns. But most notably, he played for the New England Patriots between 2001 and 2004, taking part in three Super Bowl championship teams.

“It breaks my heart to hear of David’s tragic passing at such a young age,” said Patriots Head Coach Bill Belichick in a statement. “I am grateful to have coached David. He is an essential person and player in Patriots history, without whom we would not have been Super Bowl champions. I especially appreciate David for his professional journey. As much as anyone, David epitomized the unheralded, self-made player who defied enormous odds to not only earn a job in the NFL but to become a key player on multiple championship teams. I can speak for anyone who had the pleasure to be around David that his work ethic, positive energy, and character were elite. My deepest condolences are with his family and loved ones.”

While there are plenty of highlights and tributes for Patten, perhaps the best moment of his career was summed up on Oct. 21, 2001, one of his first games with the Patriots, taking on the Indianapolis Colts. The game is most notable for Patten’s 91-yard touchdown reception from Tom Brady, which remains the second-longest pass play in Patriots history (the first touchdown featured in the video below).

That was just the start of the day for Patten, who, along with catching a touchdown pass, also ended up rushing for a touchdown and passing for a touchdown. That made him only the sixth player since 1960 and the first since Walter Payton had done it in 1979, to accomplish that feat in one game.

Patten would finish that season with 51 receptions for 749 yards and four receiving touchdowns (plus his rushing and throwing ones). He only caught one pass in Super Bowl XXXVI but it was a touchdown that helped the Pats defeat the St. Louis Rams and win their first championship.