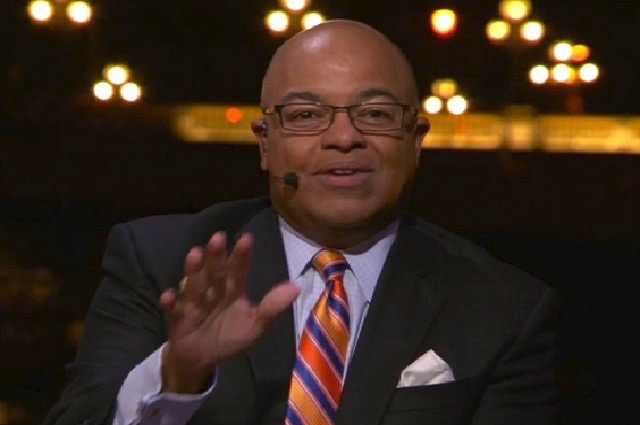 If you thought you were going to get Mike Tirico calling the action on Thursday night broadcasts on NBC this fall, think again. The NFL has stepped in and has demanded we get more Al Michaels, who will continue to call the Sunday night games as well.

According to a report from Bob Raissman of the New York Daily News, the NFL has essentially told NBC they want the Sunday Night Football combination of Al Michaels and Chris Collinsworth, to call NBC’s five Thursday games. That is quite a change of plans for NBC, which was likely hoping to use the newly-signed Tirico for Thursdays and Michaels on Sundays. Tirico, of course, had been calling Monday Night Football on ESPN prior to joining NBC. But the NFL had other ideas:

“They (Michaels and Collinsworth) are (NBC’s) number one team. So are (CBS’ Jim) Nantz and (Phil) Simms, Brian McCarthy, the NFL’s VP/Communications, said. “We like the idea of having the same booth announcers from Sunday night and Sunday afternoon to carry over to Thursday. We’re hoping for that same magic ‘Sunday Night Football’ has with Al and Cris to carry over to Thursday night.”

That’s an interesting approach. And the least-happy person of all might be

In March, NBC Sports boss Mark Lazarus, speaking to reporters at the NFL owners meeting, set the stage for a change, saying both Michaels and Collinsworth were not exactly thrilled about adding more games to their schedules. “It’s a full-time job to do one game a week. It’s not just adding a three-hour broadcast. It’s a substantial amount of work,” Lazarus said at the time. “Nobody raised their hand and said ‘I really want to do double the workload.’”

So, what happens to Tirico this fall? NBC still will be likely to work him in to their NFL package in some capacity. Will it be as studio pregame and halftime host? Unless they can work out a way to get him on the primetime play-by-play duties, that appears to be the most likely option.