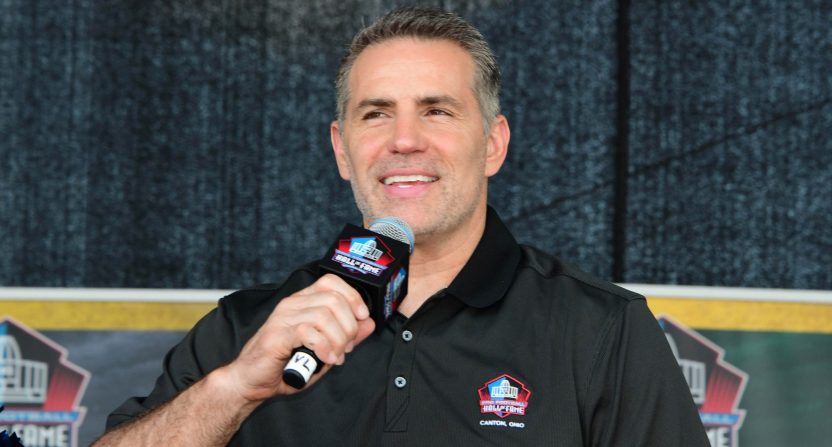 That’s despite the fact the Packers will NOT be participating in said Super Bowl, which means the league’s Most Valuable Player will fail to win the Vince Lombardi Trophy in that season for the 21st consecutive year.

What makes that particularly amazing is that, prior to the turn of the century, MVPs won Super Bowls with extreme frequency.

That’s five times in seven years, and then nothing for 21 consecutive seasons.

During that 21-year run, MVPs have made and lost the Super Bowl on nine occasions:

On 12 more occasions, MVPs made the playoffs but fell short of the Super Bowl:

Rodgers will become the first-ever three-time MVP to fail to make the Super Bowl in all three of his MVP campaigns. In fact, none of the league’s eight other multi-MVP winners have failed to make the championship in all of their MVP seasons.

There’s no way to know for sure where this curse came from, but it seems we can blame it on the “Greatest Show on Turf” Rams. After all, the last run ended with Warner and the ’99 Rams, and the current slump began when the Rams failed to get back to the Super Bowl with Faulk as the MVP in 2000.