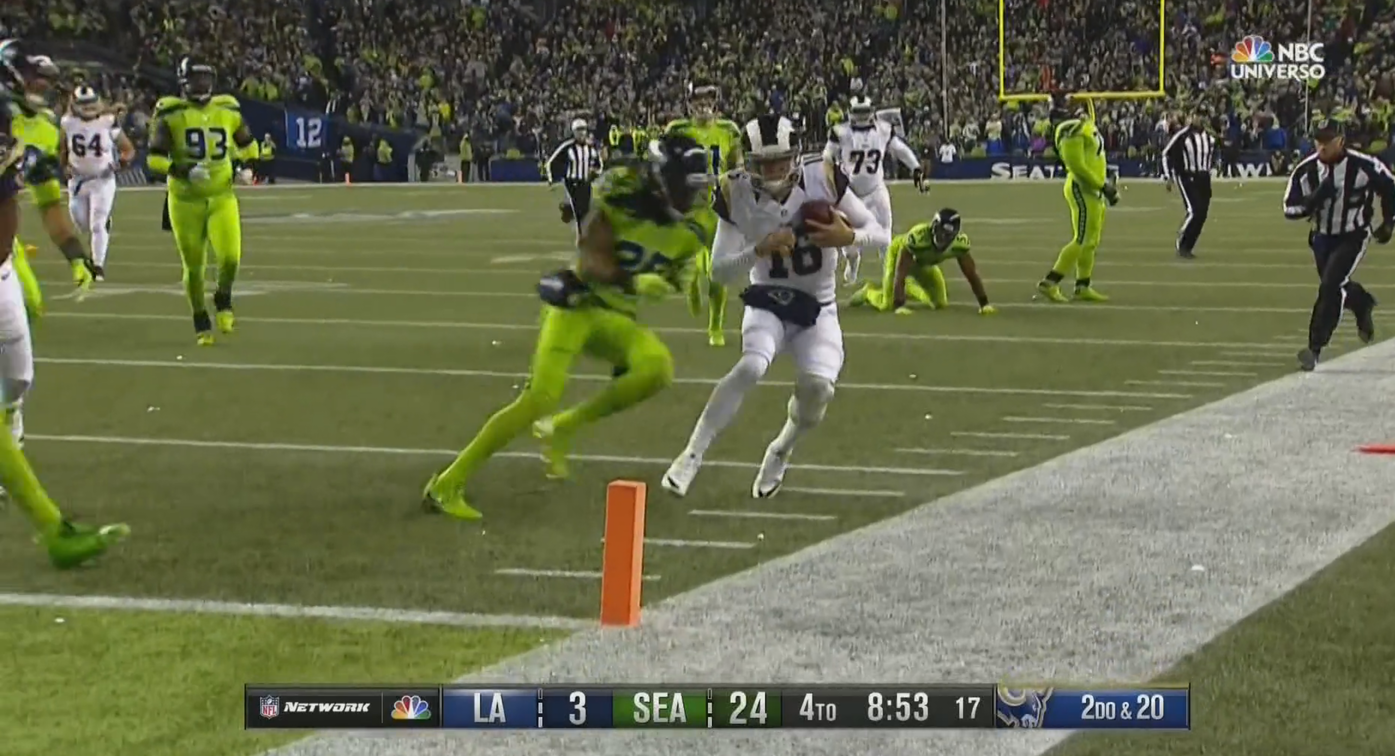 The National Football League is all about player safety these days, or at least that is the company line around the league office and in locker rooms across the league.

One of the most outspoken players on the topic has been Seattle Seahawks cornerback Richard Sherman. Earlier this month, he took the NFL to task for having the temerity to schedule the Seahawks for a Sunday night game and turn around and schedule them for a Thursday night game days later.

“Because it’s just no regard,” Sherman said. “It’s hypocritical, as I’ve stated before. They make this huge stance about player safety. Then you put the players in tremendous danger.

“We’ll be well-aware come the next CBA negotiations about things like this. There’s really not much you can do right now. It’s part of the revenue, etc., etc. And the league probably has something else up their sleeve. They might have a Friday-night game planned. Who knows?”

According to Sherman, his body was likely to be around 50 to 60 percent recovered from the Green Bay game just in time to take on the Los Angeles Rams last night.

Clearly Sherman is aware of player safety and takes the topic very seriously when it benefits him personally. But he clearly didn’t give one ounce of crap over the safety of Rams quarterback Jared Goff, who left Thursday’s game after this hit:

The hit may have been perfectly legal, and Sherman was able to get his shoulder and not his head into Goff. However, if Sherman really cares about the safety of “the players” and not just himself, why are you going high and launching yourself head-first at a player on the sideline to begin with?

It wasn’t just an isolated incident either. Just ask Green Bay Packers wide receiver Davante Adams, who was eating Sherman alive last Sunday night (4 receptions, 104 yards, one touchdown). Apparently Adams was beating Sherman so much so that it warranted this cheapest of cheap shots:

Richard Sherman cheap shot but yet he is all about player safety..come on man https://t.co/TL2SUWbuZJ

Should we really be shocked to see and hear the actions and words of a player be incongruent? It just so happens that in this case the incongruent words and actions come from one of the loudest voices in the NFL.

Perhaps it is time for Sherman to look in the mirror at the way he plays the game if he truly cares about the health, safety and well-being of his fellow players so much.