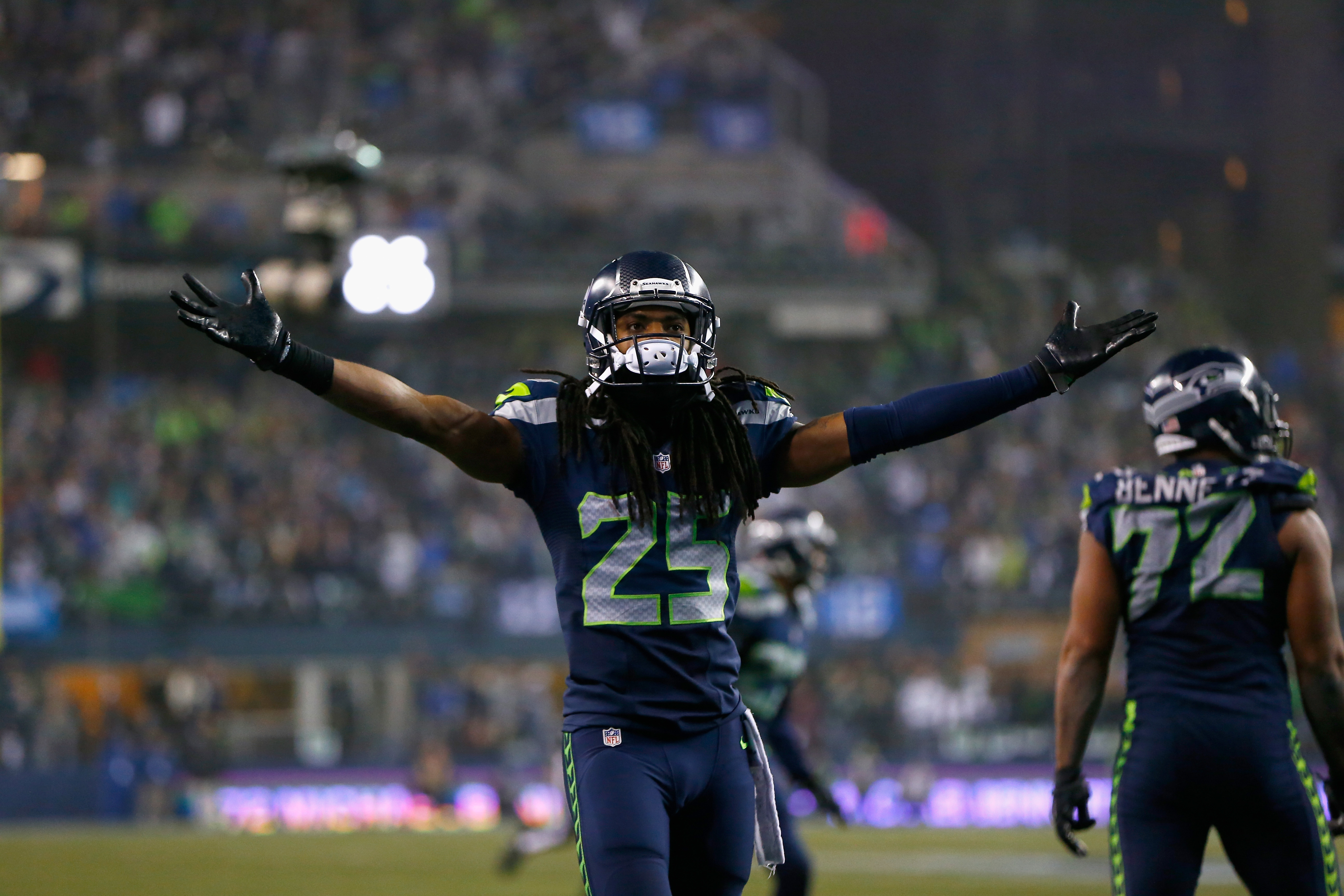 Seattle Seahawks cornerback Richard Sherman has developed a track record for doing things his way on and off the field, and he intends to keep it that way when it comes to football. Despite rising attention to the dangers of head injuries like concussions in the NFL, Sherman says he has no plans on changing the way he plays the game.

When it comes to head injuries, there has always been an argument to suggest that proper tackling technique can help avoid significant head injuries, which is clearly what Sherman is committed to doing. We have seen a handful of players decide to retire early for health-related concerns at a rising rate, but Sherman says he is devoted to giving everything he has to the game of football because it has been so rewarding for him. His son on the other hand, could be a different story down the road.

“I feel like this game has given me a lot more than its taken. It obviously takes a toll on your body and you understand the risks going into it, but you also have to understand that it’s taught me discipline, hard work, teamwork, being dependable, being available, how to be a leader, how to work past adversity. Just so many things that you use in your everyday life. And you can’t take that for granted. So maybe my son doesn’t end up being a professional athlete, maybe he never even plays a sport, but I wouldn’t hold him back from something that’s been so great to me.”

Sherman doesn’t need me to defend his intelligence, but he is a Stanford-educated player who is much more well-rounded and inquisitive than his trash-talking persona on the field would typically suggest. The NFL needs players like Sherman sounding off on the positives and negatives of football, which Sherman seems to acknowledge in his interview with GQ.