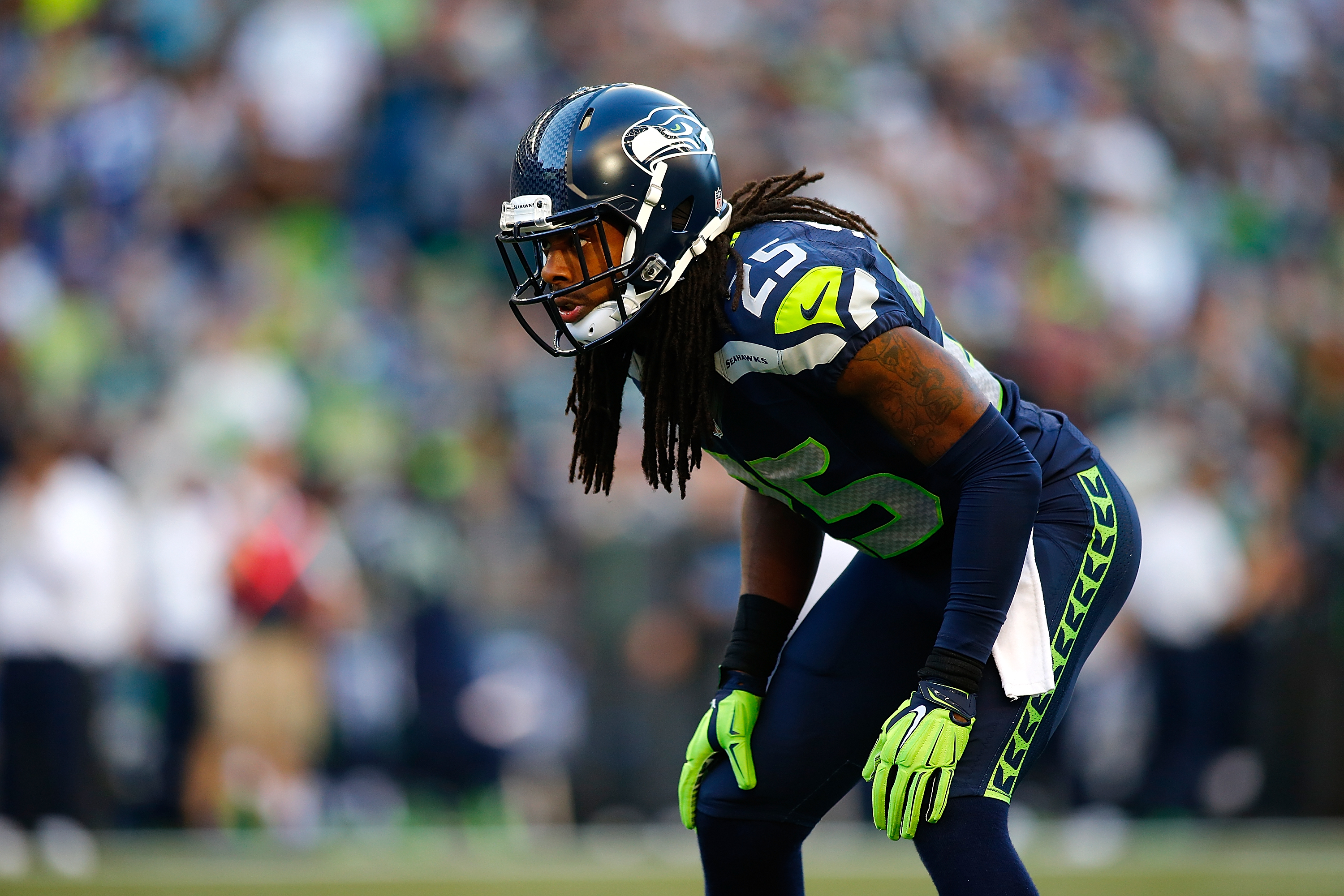 In the first trailer for Bill Simmons’ new HBO show “Any Given Wednesday”, Simmons gives various hot takes on major sports issues. The Boston Sports Guy then ends the trailer with a definitive line on billionaires and their football stadiums:

“I believe billionaires should pay for their own f***** football stadiums.” – Simmons

While many people have spoken out on this issue, Simmons is one of the bigger names to do so. Less than a month after the trailer’s release and Simmons’ big statement, he’s joined by a top NFL player who shares the same sentiments.

Seattle Seahawks cornerback Richard Sherman was a guest on John Clayton’s radio show on ESPN Seattle Monday and the topic of football stadiums came up. Sherman joked with Clayton that the journalist would support him for President, which led to Sherman talking about how to get the country out of debt.

“I’d get us out of this deficit,” Sherman said. “I’d stop spending billions of taxpayer dollars on stadiums and probably get us out of debt and maybe make the billionaires who actually benefit from the stadiums pay for them. That kind of seems like a system that would work for me.”

Sherman makes a good point that others have made as well. Taxpayers pay for the football stadiums and then don’t receive any monetary benefits from the stadiums they helped pay for. Instead, they have to pay to go to the stadiums while the Owners who used their money to build the stadiums profit.

According to Deadspin, CenturyLink Field, the home of the Seahawks, cost $430 million to build before it opened in 2002, and $300 million of that cost was covered by taxpayer money.

This all comes while Paul Allen, the owner of the Seahawks, is currently the 22nd richest man in the United States with an estimated worth of $17.7 billion dollars. It’s probably safe to say he could easily pay for the rest of the taxpayer portion of the stadium out of his pocket today.

While the issue has been a popular topic for a while, the first big instance in recent years of taxpayers stating they felt taken advantage of was in Major League Baseball.

In November of 2012, reports came out that the Miami Marlins had falsified records in order to obtain more taxpayer money for their new stadium.

The park cost $634 million to build. $376.3 million was covered by Miami-Dade County, $132.5 million by the City of Miami, and $125.2 million by the Miami Marlins. However, the reports that came out in November of 2012 showed the Marlins had a lot more money to pay for the stadium than they told the city and Major League Baseball. This led to multiple lawsuits from both sides and really got the conversation going about who should pay for stadiums.