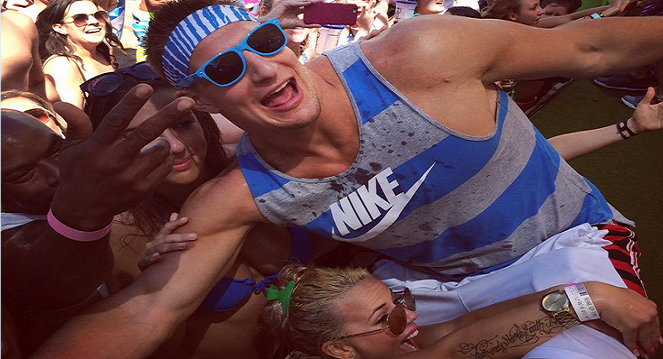 One thing that will never change are stories about pro athletes and their nightlife exploits. What has changed, however, is how jocks on the road with plenty of cash at their disposal are finding ways to hook up. Thanks to the presence of social networking apps like Tinder, Instagram, and Twitter, the game has changed.

And who better to go to for an expert opinion on the state of the game these days than party animal Rob Gronkowski of the New England Patriots?

In a comprehensive story by ESPN on athletes and their dating activity using social platforms, Gronkowski offered his own advice for using Tinder.

“Swipe right on everything. Get the ball rolling,” Gronkowski said, referring to the motion in Tinder to let users know you are interested in them. After that connection is made, Gronkowski suggest trying to “Make them laugh. Just Google ‘Tinder pickup lines.'” 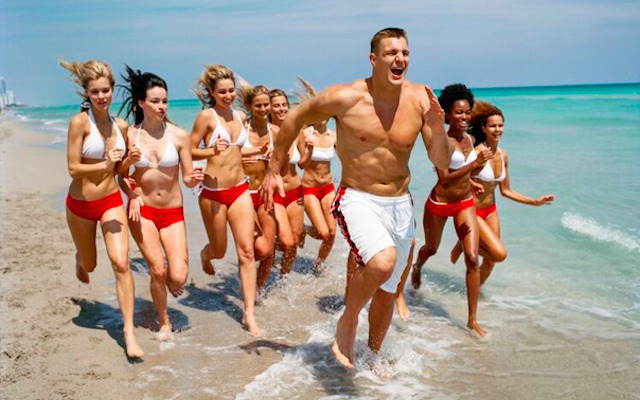 Gronkowski was not the only player to offer his opinions and share his experiences. One unnamed Denver Broncos player admitted to using Tinder with only his first name and revealing nothing that told users he was a professional football player.

“It’s the best way to know she’s not a groupie,” the anonymous Bronco says. Of course, Tinder is not for every star athlete. Ronda Rousey gave it a try but quit cold turkey after a brief experience under an alternate name. Others prefer to use Tinder specifically when on the road.

“They’re having lots of sex out here, and at least half are using Tinder to do it,” one anonymous member of the San Francisco Giants organization or farm system claimed. “It’s like shooting fish in a barrel.”

Tinder certainly has its advantages, but with so many athletes on Twitter it’s to be expected pro athletes will be sliding into someone’s DMs as a way to maintain a bit of control over who they’re talking to.

“I can’t put a number on it, but there’s plenty of times that you come across something that catches your attention,” Lakers player D’Angelo Russell said in the ESPN story. “If she looks good, looks the part, you send a DM and go from there.”