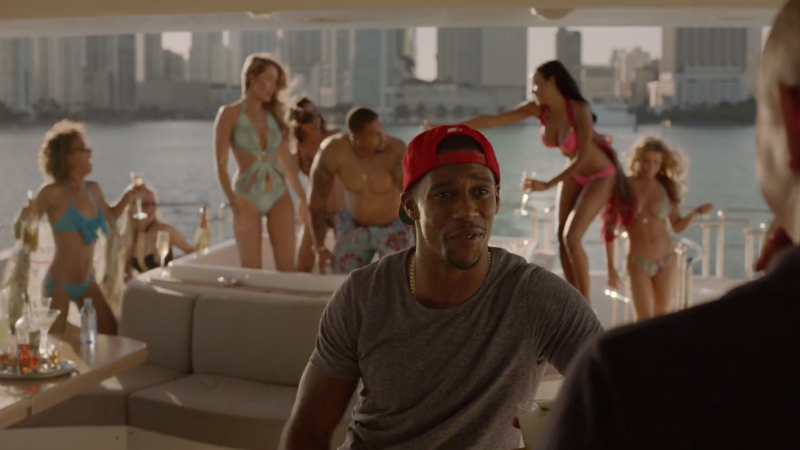 HBO’s Ballers has quite a few NFL players who make cameos on the show, owing to the show’s popularity as well as the clout of the main producer, Mark Wahlberg. On Mike & Mike today, Wahlberg said that Roger Goodell has tried to stop NFL players from making their infrequent cameos on the show despite all of the good press for it. Here are some of his remarks:

“The first season of the show, the only calls I was getting were from guys like Roger Goodell saying, ‘you can’t do this’, and various owners in the league too. We were saying it’s actually a good thing for the league and the players because… with the crazy stuff and the financial side of things and hopefully get them to realize that they have to be careful with their money.”

“Now you get a lot of guys wanting to do it”.

Some players, former and current who have made cameos on the hit show include Terrell Suggs, Antonio Brown, Steven Jackson and more.

“We’re privileged to get in the real story,” Wahlberg said. “We want to make sure the key is to make it as authentic as possible no matter how outrageous it gets. We always surround ourselves with real guys. Because the show is so accurate, that’s why you get guys like Ndamukong Suh, Terrell Suggs is on the show as well this year, Jarvis Landry, you got a lot of guys and not to mention countless Patriots. I can’t say who it is or what they’re doing yet because it’s a surprise and I don’t want to spoil the finale, but guys know that we make sure that we make it real.”

I don’t think it’s surprising that the NFL leaned on HBO and Wahlberg in regards to players appearances on the show. More real life players and coaches appearing on the show equates to more perceived authenticity for Ballers. What is a bit surprising is that the NFL couldn’t dissuade players directly and flat out failed along with the fact that Wahlberg is now publicizing the failed intervention (probably a good PR tactic for the show). At the end of the day, you just can’t stop people from wanting to hang out with The Rock.

You can watch the segment here, should you wish.