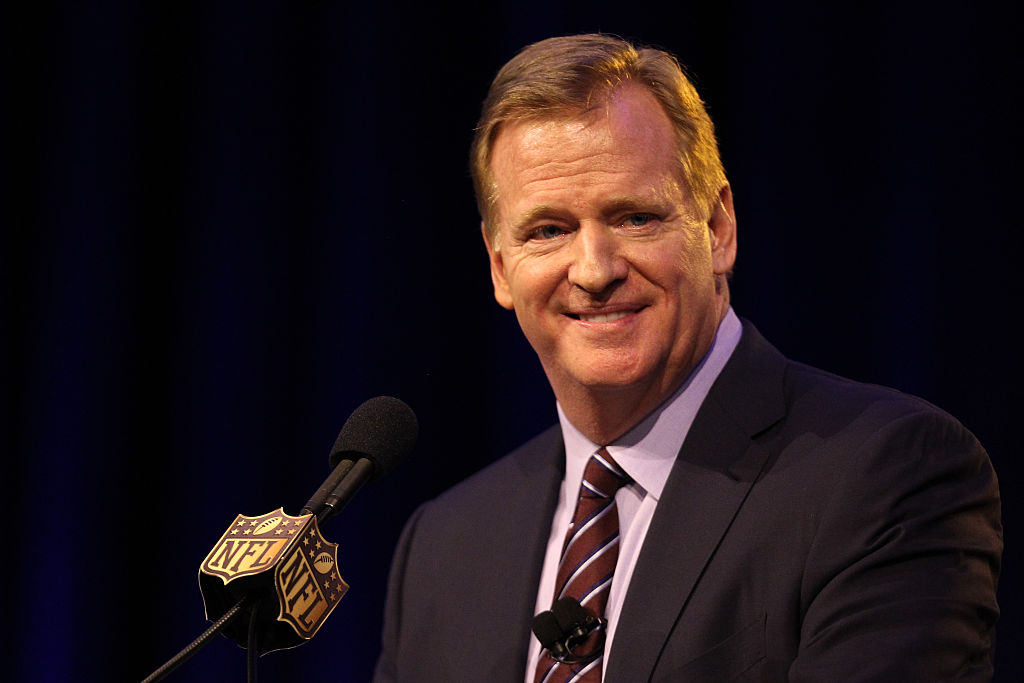 What an incredible start to the 2016 NFL season. There were a record number of one-point wins in Week 1, and a slew of dramatic comebacks on Sunday, proving once again it’s seldom safe to turn off a game until the final whistle sounds. On Monday night, Levi’s Stadium showed that it could host a game and not have the turf quality be the story the next day. An unqualified success is how I would describe the action so far.

Our game, of course, is a contact sport. Fans sometimes forget that, but the commitment to safety is something the NFL always has in mind. That’s why, completely of our own accord and absent of any particular event forcing our hand, the National Football League is announcing a $100 million initiative aimed at making the game ever safer than the immensely high level of safety at which the sport presently operates.

$60 million will go to technological development of better helmets, ones that make it safe to bang helmets into each other, both for the banger and the bangee. Because as we’ve seen, no matter how many times we levy fines on players, they just keeping hitting each other in the head. We plead for them to stop and they just won’t listen.

The other $40 million will fund research into the effects of head injuries, whose nature we are only beginning to understand. The science is still very murky on this stuff, and everyone should remember that only cold, hard cash will fix that, and that’s what we’re delivering. Before you go blaming us for CTE, ask yourself, “Can I diagnose it?” I doubt it. And soon, doctors will be able to because of our money.

A follow-up note on protests 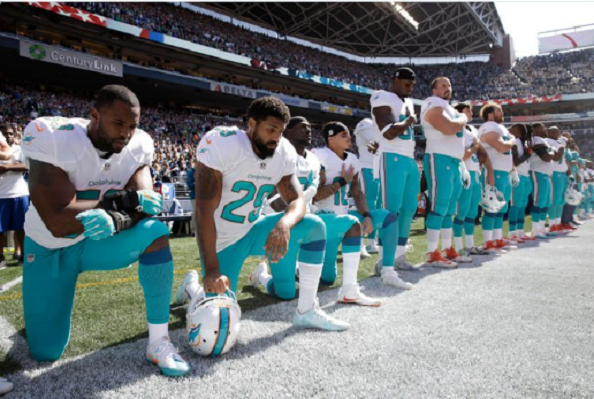 Colin Kaepernick’s movement continues to grow, and I think that’s very healthy. I’m certainly not mad about it at all, nor am I clenching my fist Arthur-style when I see a new player take a knee or raise his fist during the anthem of our proud nation. It’s actually quite amusing how relaxed I am when that happens.

I was encouraged to see that the Seattle Seahawks consulted with a prominent sociologist before deciding to lock arms in a beautiful showing of unity and respect.

Personally, I think a doctor of sociology knows more about what’s best for political messaging and not a backup quarterback. If you wanted to know more about CTE, you’d ask a medical doctor and not some guy who manages the night shift at Taco Bell, right? Same applies here.

Iowa congressman Steve King called Kaepernick’s protest “activism that’s sympathetic to ISIS.” I’ll admit I don’t know a great deal about the Islamic State, only that it’s bad. I count on our elected leaders to tell us what is or isn’t a threat. So if representative King says this is something to watch out for, well, that’s a thing I’m going to have to look into.

It just so happens that Brandon Marshall, the Broncos linebacker who joined Kaepernick’s protest last Thursday, has lost multiple endorsement deals in the week since, though he vows to stick with it anyway. I respect his conviction, though if those companies wish to consult with me, I can probably direct them to some players who understand all the great things this great country stands for.

Prolonged gyrations have no place in this sport

It says plain as day in the rulebook, right in section 12.3.1(c)(4), a very easy combination of letters and numbers to remember. Violations of (c) will be penalized if any of the acts occur anywhere on the field. These acts include, but are not limited to: throat slash; machine-gun salute; sexually-suggestive gestures; prolonged gyrations; or stomping on a team logo. Just watch what Antonio Brown does and try to tell me this gyration is not prolonged. And don’t think I don’t see what the players union is doing by posting this GIF.

The NFL is family-friendly gladiatorial spectacle. It’s noble warfare. I won’t have it defamed with suggestive gestures, unless it’s by the cheerleaders occasionally paid to make them.

Two Arizona Cardinals players, Chandler Jones and D.J. Swearinger, were penalized on Sunday for a choreographed celebration dance after recovering a fumble. We do this for the players’ own good. The more they focus on planned dances, the less they remember about the gameplan. That might mean their jobs. We’re just trying to look out for their well-being.

Please honor the dead zoo gorilla on your own time

The fine folks at NFLShop have blocked fans from customizing NFL jerseys by putting Harambe on the nameplate and I couldn’t agree more. It was brought to my attention that this is a naughty Internet meme that ironically celebrates the death of the gorilla at the Cincinnati Zoo. How awful.

Unfortunately, members of the Minnesota Vikings made light of the poor gorilla during a pregame ritual. I expect better of these men and hope they’d show a little empathy. Remember, most of these players can be cut at any time for any reason, possibly for not being sensitive to our gorilla friends.

Strawberry Quik. Anything strawberry, basically. Did you know Tom Brady said he’s never eaten a strawberry? What a weirdo. That’s why I’m a man of the people and Brady is aloof and unrelatable. I’m the good guy.

Shield-Approved Narratives of the Week

Instead, I will share a few things I am looking for in this weekend’s games. Please bear in mind that these do not reflect the views of the office of commissioner and are simply a few personal wishes.

Color Rush is back. And this year, we learned our lesson about those afflicted with color blindness. See, you people always demand that the NFL do better, and here’s evidence that we are. I won’t hold my breath waiting on the thank yous. 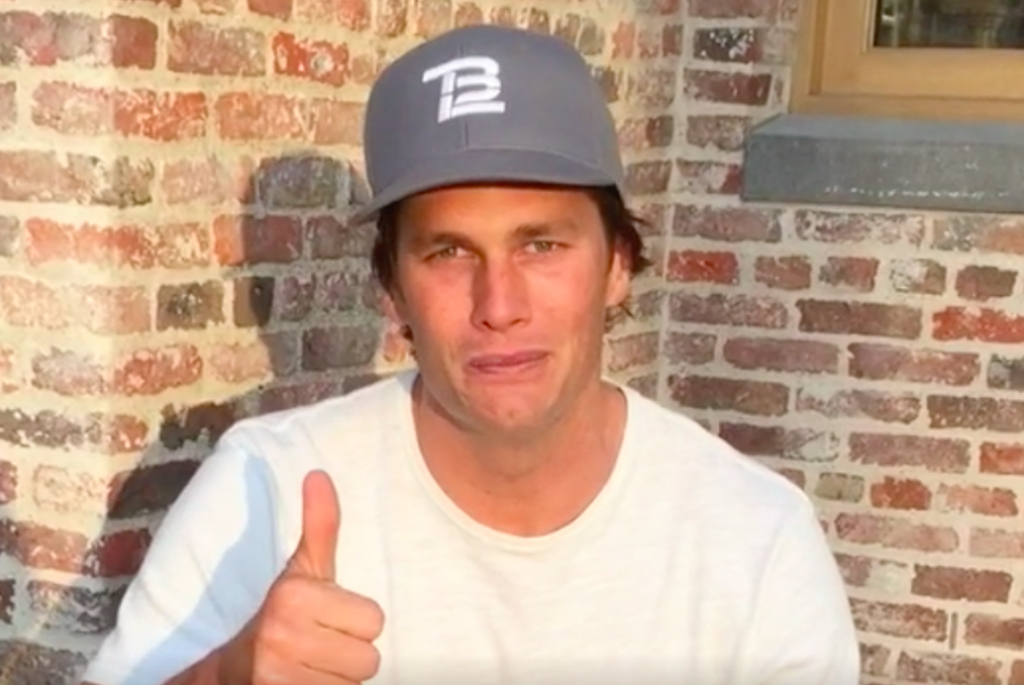 Good job by the Patriots winning without Tom Brady. If they keep doing that, doesn’t it just show that he’s a system QB who couldn’t hack it on his own? How many wins has he ever had without Belichick? Exactly.

No way Brady could win as Jeff Fisher’s quarterback. He’d be just as mediocre and unwatched able as all the others. Why, if Brady had gone to Tennessee when he came into the league, he’d probably be out of football by now. Lucky little bastard. Anyway, this is L.A.’s first home game since 1994.