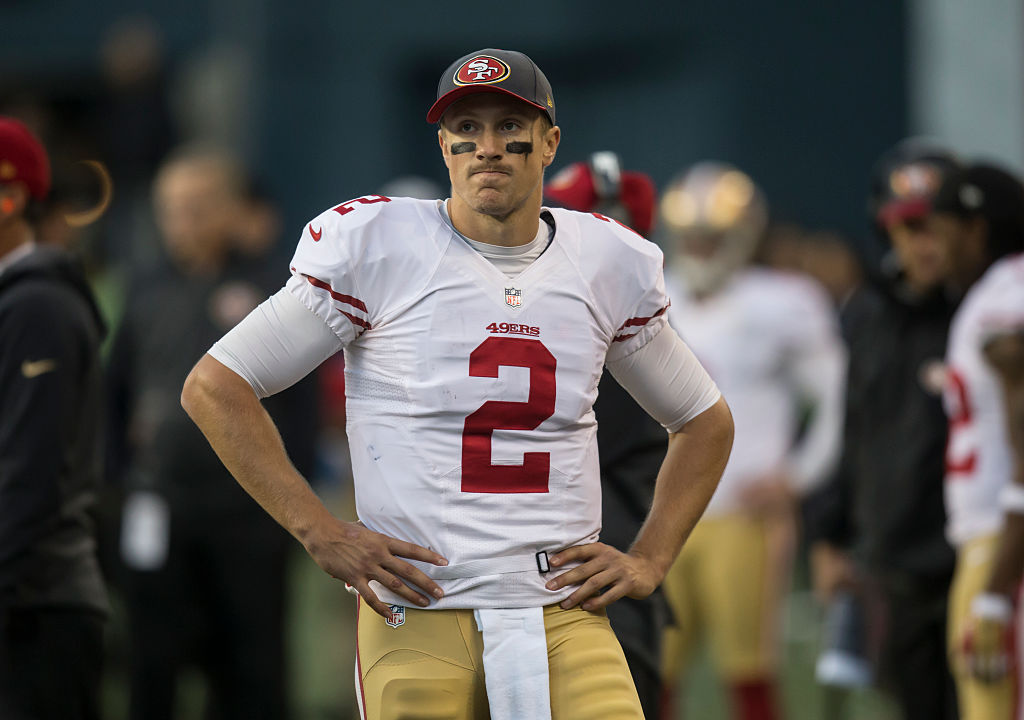 Way back in April of 2011, the Carolina Panthers were the worst team in the NFL and in desperate need of a franchise savior. Luckily for them, they owned the No. 1 pick in the upcoming NFL Draft.

With a desperate need at the quarterback position, Carolina was set on taking one at the top of the draft. Cam Newton, Blaine Gabbert, and Jake Locker were all promising prospects, and the Panthers had to decide which one could lead their team from out of the doldrums of the league.

Carolina of course chose Newton and the rest is history. Three Pro Bowls, an Offensive Rookie of the Year award, the 2015 NFL MVP, and a Super Bowl appearance later, it is clear the Panthers made the right decision. Locker, drafted No. 8 to the Titans, is out of the league, and Gabbert, No. 10 to the Jaguars, is on his second team and fighting for a chance to start for the San Francisco 49ers.

In hindsight, it seems foolish to think anyone other than Newton was the correct choice, but back then there was a legitimate debate over who the best quarterback prospect in the class was. Remember this Sports Illustrated cover?

Despite Newton’s unprecedented success in his lone season at Auburn, there was still a strong sentiment that Gabbert would be the superior NFL quarterback. That sentiment extended well beyond TV pundits and anonymous NFL scouts. It turns out even the Panthers were conflicted with the decision.

Head coach Ron Rivera spoke to the San Jose Mercury News about the 49ers upcoming quarterback battle between Colin Kaepernick and his backup, Gabbert. During this conversation, Rivera also revealed the Panthers were quite fond of Gabbert leading up to the 2011 draft and nearly made the mistake of a lifetime.

“Remember, we had the No. 1 pick, and we were talking quarterback,” recalled Rivera, a Cal product and former Chicago Bears linebacker who got his NFL head-coaching start with the Panthers in 2011. “And it came down to Cam Newton and Blaine Gabbert. Those were the two guys we targeted and looked at, and looked at really, really hard.”

“I got to interview both guys (Gabbert and Kaepernick), and we really studied Blaine,” Rivera said. “I can see where Blaine could really capture the (locker) room. He’s likeable. He’s high energy. Big effort. Not satisfied.”

All those attributes emerged in the pre-draft process, when the Panthers worked Gabbert out at Missouri’s indoor facility and when they interviewed him at Panthers HQ.

“When we worked him out, if he didn’t do something right, he’d say, ‘Let me do this. I’m going to show you I can do this.’ And he’d go back and do it again,” Rivera said. “That was one of the things that impressed me about him.

It is not quite an NFL owner basing his draft strategy on the advice of a homeless guy, but it is still an anecdote that leads to a fascinating what-if scenario. Does Gabbert flourish in Carolina? Does Newton fall to the Jaguars? Do the Titans grab Newton instead and become the NFL’s premier up-and-coming franchise? The possibilities are truly endless, but Panthers are surely grateful for this version of reality.