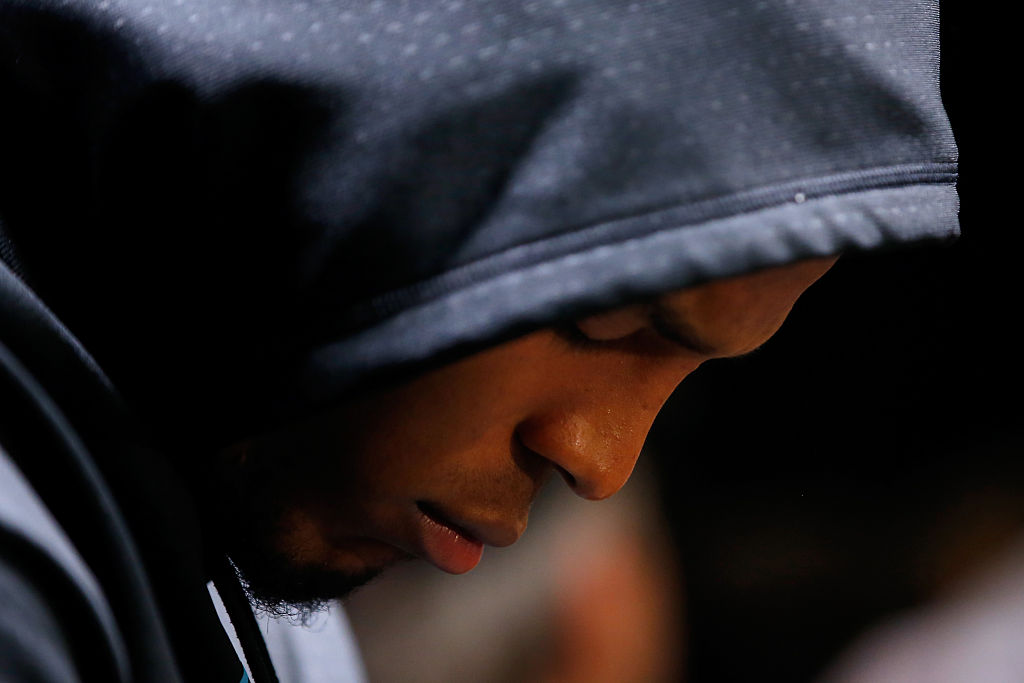 Carolina Panthers head coach Ron Rivera says his quarterback, Cam Newton, never should have been put in the spotlight following his team’s loss to the Denver Broncos in the Super Bowl. In light of Newton becoming a story for negative reasons with his handling of the press after the rough loss, Rivera says no player on a Super Bowl-losing team should have to do a postgame interview.

“Personally, I’ve always felt that in a situation like that there is only one person that needs to talk, and that’s the head coach,” Rivera said Wednesday at the NFL owners meetings. “That’s the person you should pull out and put in front of everybody and let him answer the questions.

Newton was widely criticized for walking out on the media during his postgame press conference. Newton met with the media for fewer than three minutes before walking out, leading many in the media to criticize Newton for showing a lack of professionalism. Newton later addressed the situation by admitting he was a poor sport. Newton was also answering questions about the loss in the same room as members of the champion Broncos, making for an awkward setup that certainly did help the cause of talking to a losing player.

“To bring a young man [in], put him out there, he can hear what’s going on in the booth next to him from a person answering those questions, I’m not sure if that was the best way to handle it, either.”

Playing in the NFL, as is the case with any other professional sports league, comes with a certain set of standards and expectations and commitments. Talking to the media just so happens to be one of those. In Newton’s defense, he did show up for his postgame press conference, and he didn’t do it just so he won’t get fined. While he may not have been too chatty, the emotion of the franchise quarterback moments after losing the biggest game of his life can explain away his reaction and mood. It doesn’t matter how much of a professional you are, raw emotion can sometimes be difficult to mask.

It is Rivera’s hope that Newton learned from the experience. Rivera also expects this to motivate Newton in the future, and that is a scary thought too.

“Quite honestly, I’m at the point with him now that I know he’s going to get over these things and he’s going to go forward and it’s going to be that little bitter taste that he has that will motivate him, will drive him.”