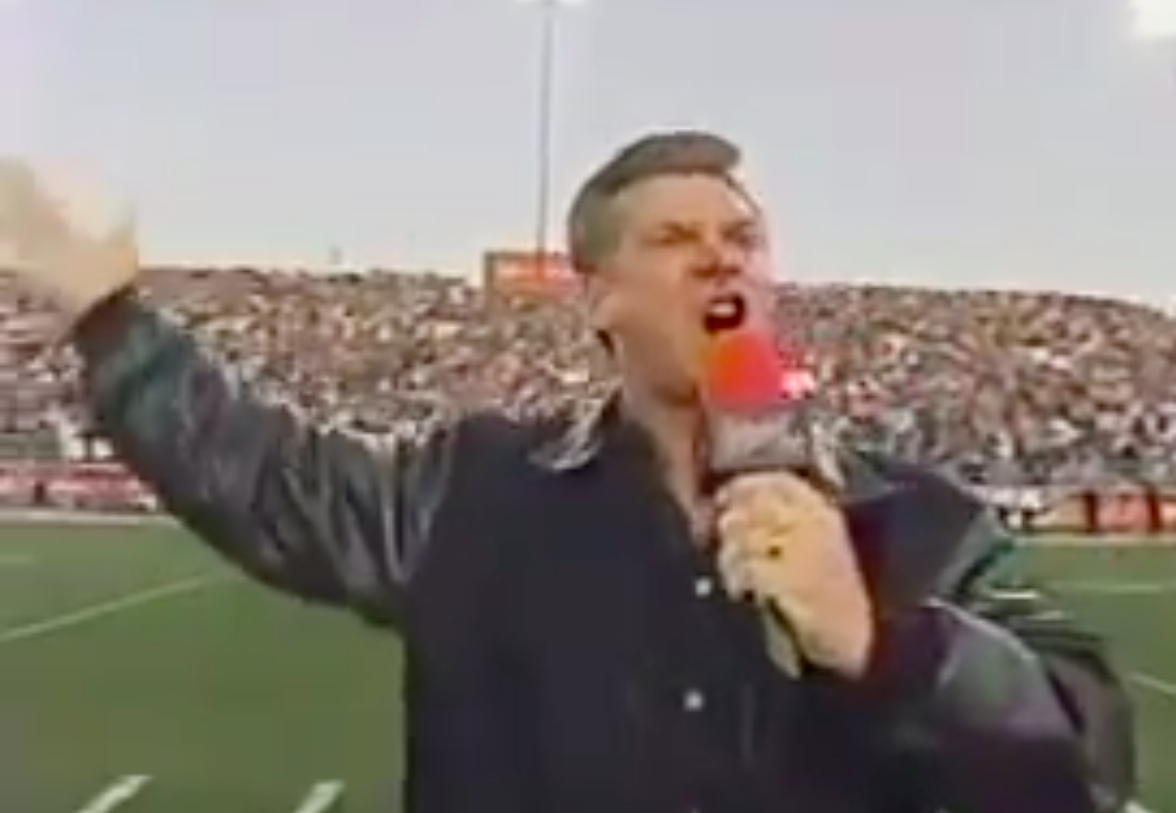 On Friday night, Twitter user Brad Shepard said that “Vince McMahon is looking to bring back the XFL,” and that an announcement could be coming next month.

EXCLUSIVE: Vince McMahon is looking to bring back the XFL and may announce it on January 25th, 2018.

Deadspin’s David Bixenspan decided to ask WWE about the rumor, and a spokesperson didn’t exactly deny it. The spokesperson said that McMahon “has established and is personally funding a separate entity from WWE, Alpha Entertainment, to explore investment opportunities across the sports and entertainment landscapes, including professional football.”

A WWE spokesperson issued the attached statement to me & @Deadspin in response to my inquiry about tonight's rumors of a soon to be announced XFL revival. They declined further comment. Whatever Vince McMahon's "Alpha Entertainment" is, it's self-funded & separate from WWE. pic.twitter.com/oT0Oxyi2fV

Worth noting that the Alpha Entertainment statement came in response to me asking WWE to "confirm or deny" the XFL relaunch rumor.

As hard as it is to believe that the XFL — or another Vince McMahon-related league like it — really would return, let’s imagine it does. Would this actually be a good idea?

It’s hard to see how this answer could be “yes.” There are many fans out there who are souring on the NFL and miss the days of old-school, smashmouth football, which the XFL made their main selling point with a few ridiculous rules and traits. Like the opening “scramble”:

Safety — especially when it comes to head injuries — is constantly becoming a bigger concern in the NFL (and even still it feels like it’s only a matter of time until somebody dies on the football field). But, again, many fans really don’t care about these safety risks and just want to watch a gladiator sport.

And there are many football players out there that want to play a gladiator sport, especially if they’re getting paid to do so. It also serves as an additional opportunity for them to impress NFL teams.

There’s also the topic of anthem protests, and perhaps McMahon could attract some fans who claim to be “boycotting” the NFL. Or maybe the league could recruit players like Tim Tebow, Johnny Manziel, Robert Griffin III, and Colin Kaepernick (though this would obviously go against the protest point).

So, if there were a time to explore an XFL revival, maybe this would be about as good of an opportunity as McMahon could get.

But it’s still hard to see things going much better for the league this time around. At the end of the day, most fans want to see the most talented players in the world and not second-tier professional football. Even with some unique rules, how many times would you tune in to watch a game full of players that would be fourth-stringers — if even — in NFL preseason games?

The intrigue about the new XFL may be there initially, but it’s almost sure to quickly fade. Just like it did last time.