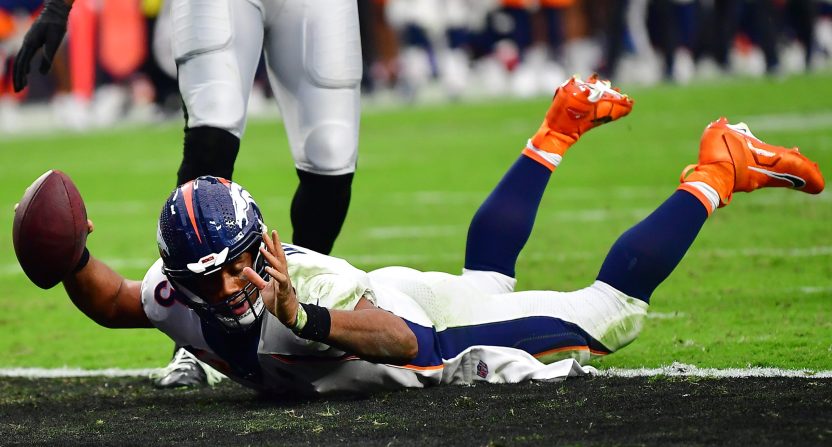 The Denver Broncos take on the Indianapolis Colts in this week’s Thursday Night Football contest and Denver quarterback Russell Wilson is “super confident” that he will play in spite of an injury.

Wilson has been dealing with a shoulder injury he suffered last weekend but told reporters that he foresees himself playing on Thursday.

Was listed as limited today in Denver’s walkthrough.

“Doing good. Hanging in there,” Wilson added of the shoulder, per Aric DiLalla of the team’s official website. He added that he thinks he will be able to play “without limitations” from the shoulder.

“I think when you play in a competitive game, you get banged up a couple of times here and there,” Wilson said. “I’m excited about Thursday night, what a special time and opportunity for us.”

It’s been a tough start to Wilson’s first season with the Broncos. They opened the season with a loss to his former team, the Seattle Seahawks. And since then, he hasn’t been able to “cook” as he’d want. He hasn’t surpassed the 240 passing yard mark in the last three games, and the team is now 2-2 following their loss to the Las Vegas Raiders this past weekend.

We’ll see where Wilson is listed on the official injury report but, for now, it sure sounds like he’ll be on the field Thursday night to try and get the Broncos back on track.