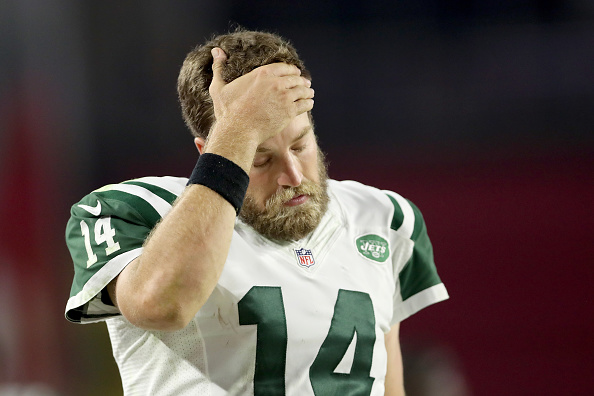 After being benched following a miserable performance in Week 6, Ryan Fitzpatrick replaced Geno Smith (right knee injury) and helped lead the New York Jets to a 24-16 victory over the Baltimore Ravens on Sunday.

And after the game, Fitzpatrick went off about how he feels the Jets’ front office and coaching staff doesn’t believe in him:

Fitzpatrick says the owner, GM and coaches stopped believing in him. Candid stuff

Fitzpatrick: “I play better as an underdog pissed off.”

Fitzpatrick: “I think I should start every week.”

Although Fitzpatrick is coming off of a victory, the Jets had lost four straight games and Fitzpatrick was leading the league in turnovers. He had thrown no touchdown passes and 10 interceptions during the second half of games this season:

Ryan Fitzpatrick: 0 Passing TD, 10 Int in the 2nd half this season

Fitzpatrick is a smart guy and knows where he stands in the organizational pecking order. He isn’t the future at the position and if he has an opportunity to bury a couple of people on his way out, so be it. The Jets are having another middling season and they may be looking at an overhaul sooner rather than later.

These type of comments are normally reserved for the final week of the season, when some are giving shivs on their way out the door. Maybe Fitzpatrick knows something we don’t and wants to make it clear that the Jets are his team regardless of personnel.