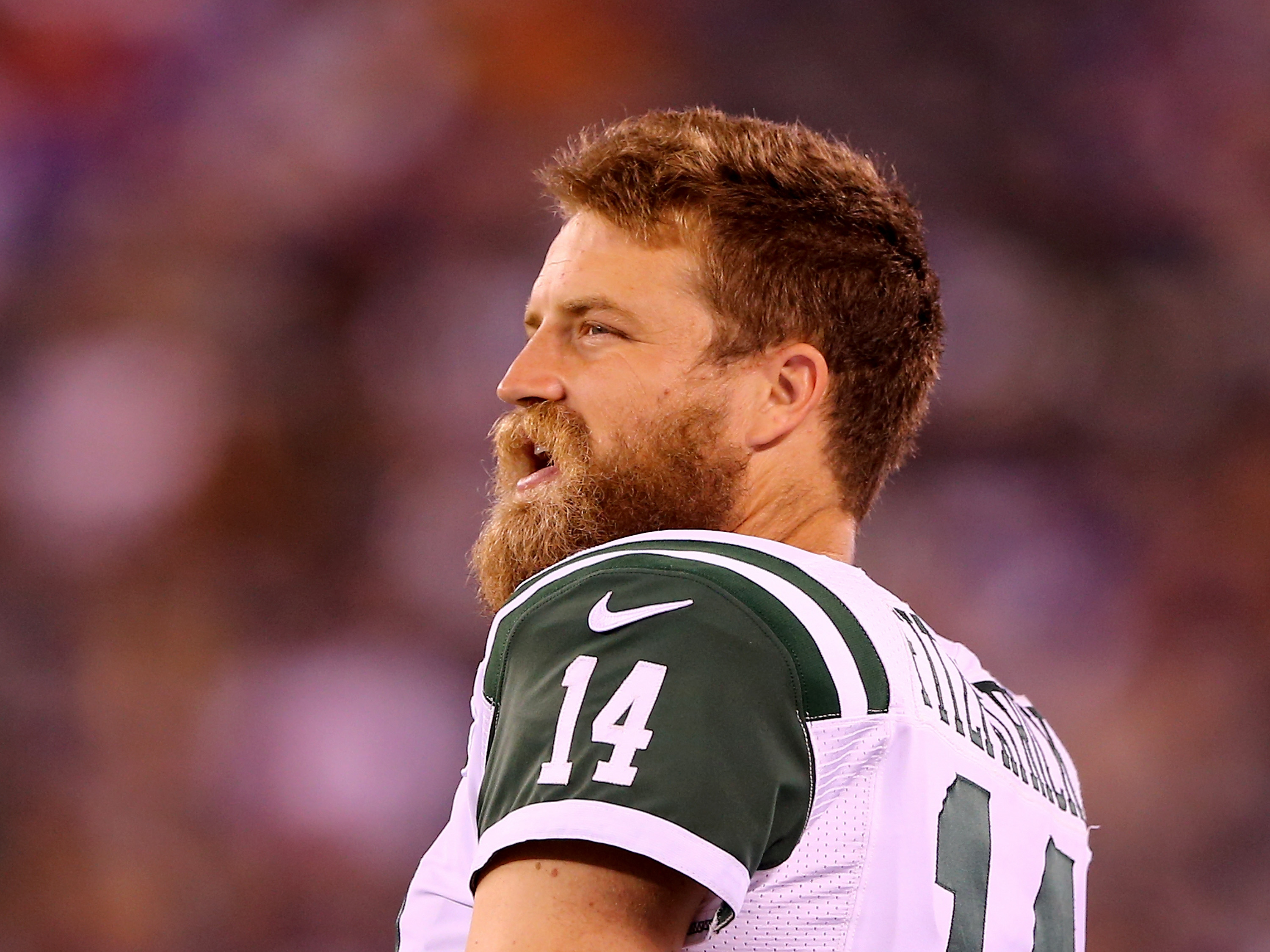 One of the worst contract stalemates in NFL history ended on Wednesday. Never has there been so much vexing over a pedestrian quarterback situation like this. Ryan Fitzpatrick and the New York Jets bickering over dollars might be the very definition of sound and fury, signifying nothing.

Though, it does seem like the Jets caved, if you believe this report:

Jets are not interested in giving Ryan Fitzpatrick a 1-year, $12 million deal, per sources. Will not be happening.

Why did it take until the eve of training camp to get this done? Did the L.A. Rams’ Wednesday release of Nick Foles play a role? These are questions we might never know the answer to.

There really wasn’t a side to take in this impasse. That’s what happens when two parties are looking out for their best interests. But what made it humorous is that it was the most New York Jets thing ever: Mediocre franchise strong-arm negotiating with a mediocre quarterback.

This was the equivalent of walking into a used car dealership, finding an adequate subcompact and spending two months haggling. Sure, it’s practical and can get you from Point A to Point B. But if you’re looking to drive it to Houston – site of Super Bowl LI – you’re kidding yourself.

The bar I'm at just exploded with cheers over the Jets signing Ryan Fitzpatrick to a 1 year deal.

This doesn’t happen with the New England Patriots. And Aaron Rodgers and Ben Roethlisberger don’t hit the open market. This only occurs when there is a good reason to pinch pennies. Fitzpatrick wanted to be paid the going rate for an average starting quarterback (over $15 million). The New York Jets were offering about half that: three years, $24 million – essentially backup money.

If you’re Team Fitzpatrick, you had the right to be miffed. Sam Bradford, the poster child for overpaid quarterbacks, signed a two-year, $35 million deal to lead the Philadelphia Eagles. Bradford has a career passer rating of 81, and by one advanced metric was the 24th best quarterback in the NFL in 2015. Fitzpatrick, who owns an 80.8 career passing, was rated No.13.

Fitzpatrick had some leverage. The Jets were a surprising 10-6 last year with Fitzpatrick throwing for a franchise-record 31 touchdown passes. New York’s other quarterbacks are frighteningly bad: turnover prone Geno Smith, raw Bryce Petty and rookie second-round pick Christian Hackenberg. If Fitzpatrick didn’t re-sign, the Jets were possibly looking at the worst collection of quarterbacks in the league.

In terms of career expectations, Fitzpatrick has out-kicked his coverage. Ivy League graduates who are late-round picks aren’t supposed to last this long. Fitzpatrick was the St. Louis Rams’ seventh-round choice out Harvard in 2005. He has played for six teams. Call him a journeyman if you want, but that’s a compliment considering where he came from: the 250th overall pick.

The past two seasons have been – by far – Fitzpatrick’s best. With the Houston Texans, he achieved a career-high passer rating (95.3). Last year, with the Jets, he set a career-best in TDs. Fitzpatrick turns 34 in November. He’s smart enough to know that the 2016 season might be his best – and last chance for financial security with a long-term contract. This is a guy who achieved the third-highest Wonderlic score in the history of the test.

The Jets had some leverage, too. The NFL QB market had dried up and Fitzpatrick was a free agent until yesterday. Clearly, no other team was ready to meet his demands. His age and journeyman status worked against him. As good as he was, Houston went 6-6 in his starts. The Jets went 10-6, but Fitzpatrick imploded (three interceptions in the fourth quarter) in the regular-season finale at Buffalo to prevent New York from reaching the playoffs.

Take a closer look at Fitzpatrick’s numbers. He ranked 29th in completion percentage (59.6) and 27th in yards per attempt (6.9). He passed for a team-record 3,905 yards, but that’s not saying much in today’s pass-happy NFL. The numbers tell you that, at best, Fitzpatrick was a replacement-level starting quarterback. Probably any competent passer with big, swift targets like Brandon Marshall and Eric Decker could put up those numbers.

So what’s that worth to the Jets? Right now, one year, $12 million. Those terms don’t scream confidence. Not for a guy might be the third-best quarterback in his own division behind Brady and Buffalo’s Tyrod Taylor. Not for a guy, who according to ESPN, has the second most quarterback starts (105) without a playoff appearance.

Ryan Fitzpatrick has 2nd-most starts by a QB without a playoff appearance who debuted since merger (@EliasSports) pic.twitter.com/poEBGdX6ih

But Brady’s four-game suspension could open the door for the Jets, Bills or Dolphins to win the AFC East.

The Jets were 60 minutes away from the playoffs. Normally, 10 wins gets a team into the postseason. But it’s an indictment of Fitzpatrick that his two best seasons – with two different teams – resulted in no playoffs. The terms of this contract tells you everything you know about how much confidence the Jets have in him. He’ll earn $3 million in incentives if the team wins the Super Bowl.

Cue laugh track. Vegasinsider.com has the Jets at 60-to-1 odds.

Fitzpatrick’s 2016 mission is to keep the team competitive and contend for a playoff spot. Consider anything more than that to be a bonus. He’s presumably keeping the seat warm until Hackenberg is ready in 2017.

The hardest thing to do in sports is finding a franchise quarterback. Some teams get a good return on their first-round picks (Andrew Luck, Aaron Rodgers, Cam Newton). Some teams are lucky (Brady, Russell Wilson). Some teams rummage around the bargain bin and make do with what’s left.

That’s what the New York Jets did on Wednesday.