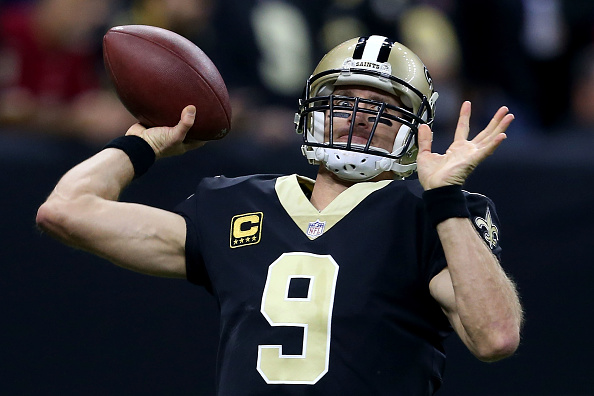 Drew Brees will be the New Orleans Saints’ quarterback for their Week 15 showdown with the Kansas City Chiefs on Sunday.

As first reported by ESPN’s Adam Schefter, the Saints believe the 20-year veteran is healthy enough to start after doctors cleared him to play. Brees has missed the past four games with 11 fractured ribs and a punctured lung suffered in a Week 10 game against the San Francisco 49ers.

On Thursday, head coach Sean Payton wasn’t yet sure if Brees felt healthy enough to play and wanted to see how he handled practice.

“It’s pretty simple. It’s just functionality, strength, throwing without soreness,” Payton told reporters, including ESPN’s Mike Triplett. “I mean, there’s a process, and last week with the trainers he had one throwing day, then yesterday the same way. So it’s really [whether Brees is] asymptomatic, feeling good, strong and like he can function and be an asset and play well.”

With the Saints placing him on injured reserve, Brees had to sit out at least three games. There was some hope that he might be able to return for last week’s matchup with the Philadelphia Eagles, but the team didn’t feel he’d healed enough. New Orleans lost to the Eagles (with Jalen Hurts making his first start at quarterback), 24-21, costing them the No. 1 seed in the NFC playoff standings.

Losing that top spot (and an opening-round bye) might be why the Saints feel some urgency to play Brees now. Though New Orleans did win three of four games in his absence with Taysom Hill at quarterback. In addition to overtaking the Green Bay Packers for that No. 1 seed, head coach Sean Payton may also think Brees needs to play the remaining three games of the regular season to prepare and sharpen up for the playoffs.

Prior to his injury, Brees threw for 2,196 yards, 18 touchdowns, and three interceptions while completing 74 percent (219-of-298) of his passes in nine starts. New Orleans went 7-2 in those games.

With Drew Brees back in the starting lineup, Jameis Winston will continue to be the Saints’ No. 2 QB, with Taysom Hill playing his Jack-of-all trades role, including some plays at QB. https://t.co/U1LL4cNkED

In his four starts while Brees was out, Hill completed 72 percent (86-of-119) for 920 yards, four touchdowns, and two interceptions. But he also had six fumbles and was sacked 13 times. Hill will return to his utility role in the Saints offense, including playing some quarterback, and Jameis Winston will back up Brees.

Kansas City comes into their game versus the Saints with a 12-1 record and the AFC’s No. 1 seed still not clinched. After hosting the Chiefs in a possible Super Bowl preview, the Saints play the Minnesota Vikings and Carolina Panthers to finish out the 2020 regular season.