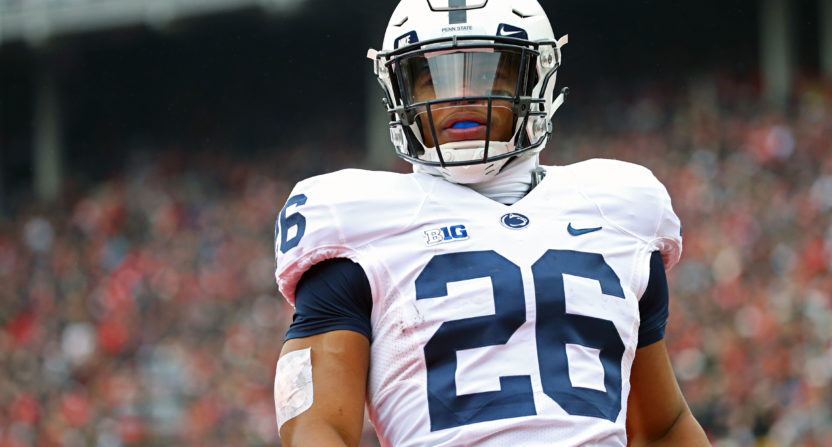 To paraphrase Ben Franklin, “in this world nothing can be said to be certain, except death, taxes, and player in the NFL Draft not wanting the Cleveland Browns to pick them in the first round.”

Okay in actuality there aren’t that many players who have said they don’t want to join the NFL’s worst franchise, it only feels like it.

UCLA’s Josh Rosen said in December that he’d “rather be a lower pick at the right team than a higher at the wrong team,” which was widely interpreted as him saying he doesn’t want the Browns to take him with the No. 1 pick in the 2018 NFL Draft. At least Rosen’s own college coach thinks the Browns should look elsewhere (ouch).

USC quarterback Sam Darnold was also rumored to have said something to that effect during the season, though he strenuously denied it. Regardless, Ryan Leaf, of all people, agreed with the sentiment, whether Darnold said it or not.

Aside from Rosen and Darnold, the other player assumed to be taken by the Browns with the No. 1 pick is Penn State’s Saquon Barkley. However, according to Sports Illustrated, his agents wanted him to publicly ask Cleveland not to select him either.

His Roc Nation handlers, however, don’t want him to be taken No. 1. They don’t want him in Cleveland. They want him to go second to the Giants and play in the media capital of the world. That’s where you can become the Face of the League. His manager even implored him to pull an Eli Manning and demand that the Browns not draft him. Barkley never considered the option. Sure, he likes the idea of being back in the city of his birth—even playing for the Jets, the team he grew up rooting for. And of course he’s heard countless people tell him that if he ends up in Cleveland, his career will be ruined.

In other words, they want Barkley to literally pull an Eli Manning and force the team with the top pick to either let him go or trade him to the New York Giants. Considering Eli’s stats and Super Bowl rings compared to what the Browns have done in that time, we can understand why that seems so attractive.

The bad news for Barkley’s people is that the Browns have the first and fourth pick in the draft, which means there’s a decent chance they’ll want to take him one way or another, especially if he’s still on the board with that second selection.

For his part, it sounds like Barkley actually wouldn’t mind the challenge that playing for the Cleveland Browns presents.

He’s happy to take that risk, though. For the last few weeks he has told close friends about a vision he has. He believes that if he brings a championship to the Land, as LeBron did, he’ll be hailed as the best athlete of his generation and have a statue built in his honor.

Saquon certainly has a positive outlook, we’ll give him that.