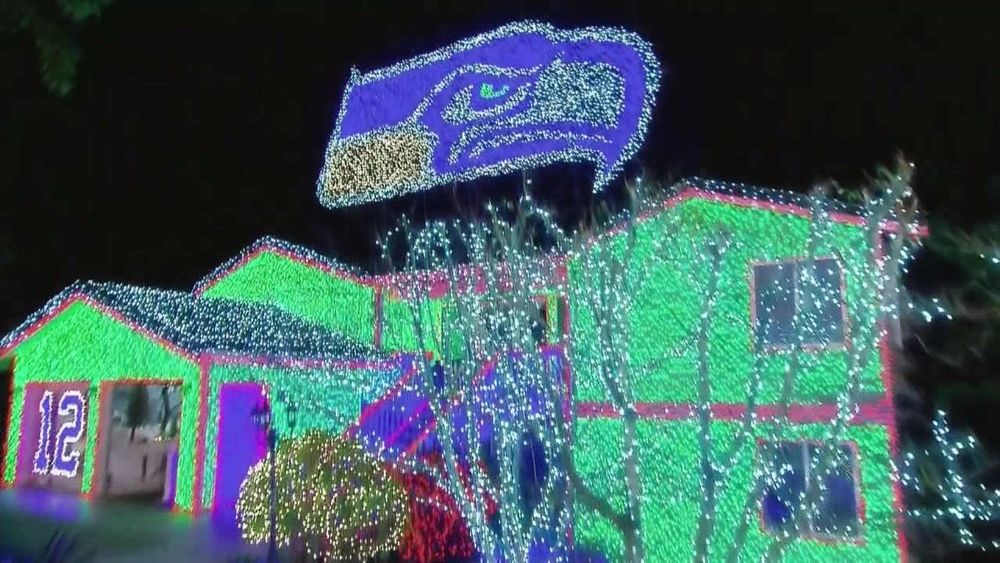 Seattle Seahawks fan Anthony Mish wanted to show his team support and holiday spirit and decked out his house with over 175,000 Christmas lights, featuring a giant Seahawks logo.

Mish went all out on the project, as the lights are synced to original music and are coordinated to flash to the beat of song. It’s something else.

A friend of Mish’ has set up a GoFundMe page for the “Hawkhouse” and is asking for $30,000 to cover the light show and stolen items, such as a Ford F350 and tools. So far he’s received $380. The costs of the project are outlined in the post.

“I am asking for help to keep this going, I know it may seem like much, but you can imagine what the cost of all the LED lights , waterfalls, electricity, heat bill for keeping the doors wide open in the winter.
The proceeds, will go to try and cover cost of utilities and cost of lights and and all other materials used inside and used to create displays like the giant Seahawk . I know he wants to be able to close off the street to traffic, which again costs money to pay for the street closure. Since they have multiple shows a night it makes for a better atmosphere for immediate neighbors and the viewers.”

He wants to close off street traffic? I’m all for a lights show, but that just seems crazy.

The display has drawn plenty of attention, as Mish appeared on a recent episode of The Great Christmas Light Fight, but not everybody is happy. According to the DailyMail some residents have complained that the display causes traffic and is a safety risk.

Mish got a letter from the city warning him he could be fined for not having the proper permits, reports KIRO.

‘I didn’t realize you need a permit to have Christmas lights on your house, and if people want to come look at them, it’s kind of silly to me.’

I wouldn’t want to be his neighbour, or be responsible for that power bill. However, you can’t deny it’s a beautiful, entertaining (if not a tad over the top) display.