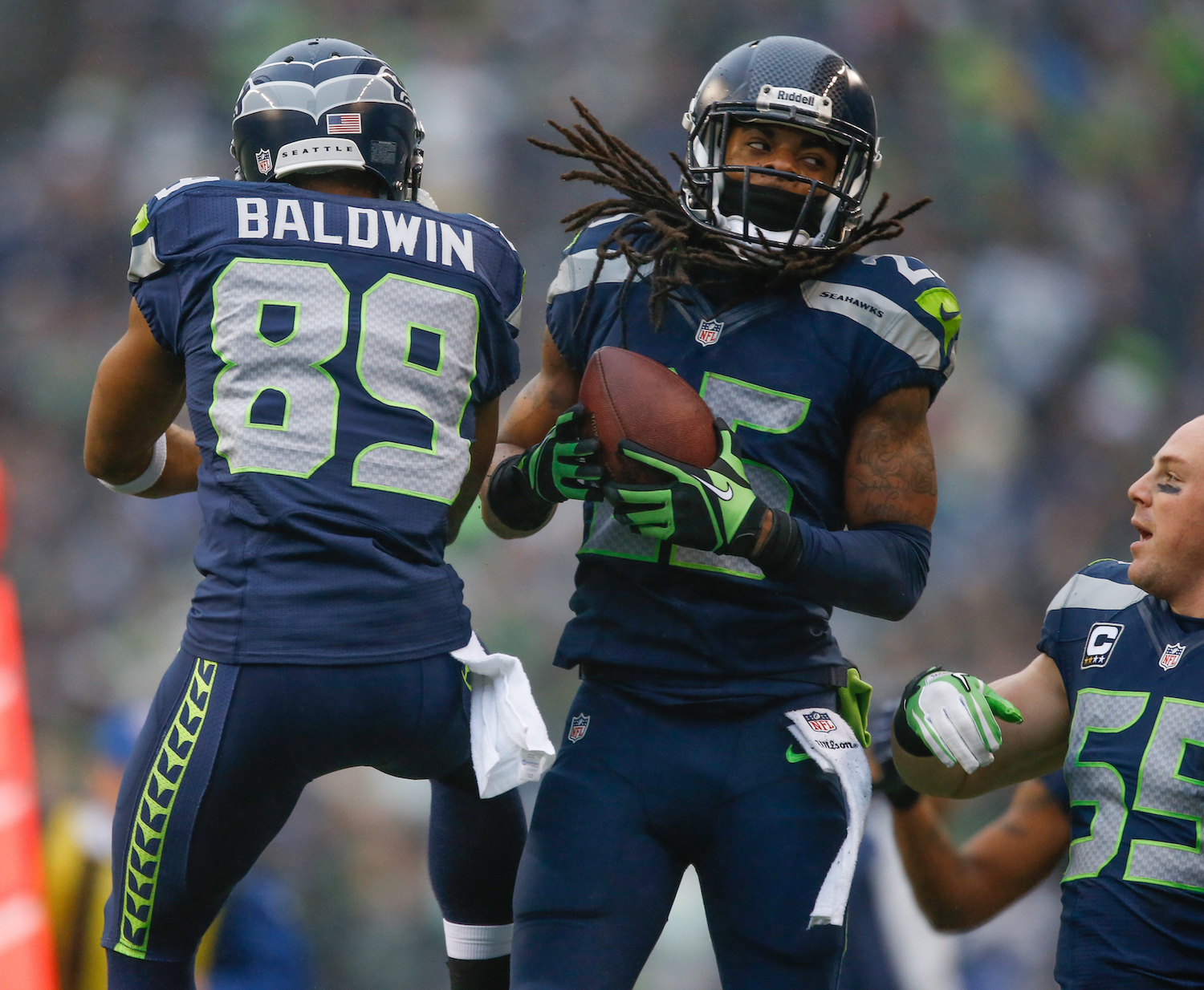 A San Francisco 49ers player might have started the trend of NFL athletes speaking up about social injustice but the rival Seattle Seahawks appear to be taking the baton and running with it.

After making a statement in the first week of the NFL season during the national anthem, the concern was that Seahawks players and others were too worried about protesting the anthem and not about getting their concerns across. They’ve spent the weeks since clarifying and focusing their message in a way that makes it hard for America not to notice.

The deaths of Terence Crutcher in Tulsa and Keith Lamont Scott in Charlotte have ensured that the topics Colin Kaepernick and other NFL athletes are trying to raise awareness about are going to remain relevant. Now, it seems as though a day doesn’t go by without a Seattle player keeping the social issues they’re concerned about at the top of the news cycle.

Earlier this week, outspoken Seahawks DB Richard Sherman spoke candidly about police brutality and how it seems to be getting harder and harder for a clear message to get out there.

“I think the last couple days a couple more guys have gotten shot and killed in the middle of the street. More videos have come out of guys getting killed, and I think people are still missing the point. The reason these guys are kneeling, the reason we’re locking arms is to bring people together to make people aware that this is not right. It’s not right for people to get killed in the street.”

Sherman then left the podium without talking about the upcoming game.

Sherman’s teammate, wide receiver Doug Baldwin took to the microphone to discuss the state of race relations and police brutality in America. The son of a police officer made a stirring call to action to the state attorney generals to be the ones to take action.

“As an American, a black male in this country, I’m suggesting, calling — I’m demanding that all 50 state attorney generals call for a review of their policies and training policies for police and law enforcement to eliminate militaristic cultures while putting a higher emphasis on de-escalation tactics and crisis management measures.”

Baldwin actually got a response from at least one of those AGs, Washington State’s Bob Ferguson.

.@DougBaldwinJr Watched your press conference today with interest. I’ll be reaching out soon to see if you'd like to sit down and chat. -BF

One of the things that has stood out about the national anthem protests amongst NFL players is that you haven’t seen any white players take part, at least in terms of taking a knee or speaking out strongly. Seahawks defensive end Michael Bennett thinks that’s the next step in the process.

“You need a white guy to join the fight. The white guy is super important to the fight. For people to really see social injustices, there must be someone from the other side of the race who recognizes the problem, because a lot of times if just one race says there’s a problem, nobody is realistic about it.”

New England Patriots defensive end Chris Long recently said during a radio interview that he respects Colin Kaepernick’s decision. However, many are still waiting to see white NFL players speak up or do more during games.

Ultimately, Bennett said he’s proud of his teammates and fellow NFL players for taking a stand at a critical time.

“I’m proud of everybody. I think everybody is really standing up. In this day and age with Twitter and Facebook and all these different things, it’s easy to be ridiculed when people hear you say things, and I think a lot of people were scared because of the backlash they would get. But I feel like people are standing up, and everybody just realizes, at the end of the day, it’s about your opinion and trying to share your message out there because, at the end of the day, it’s how many people’s lives can you change and what are you doing to make a change.

“That’s really what the athletes are doing now. They realize that they’ve got the power to make a change, and they are standing up and they are not caring what people write or what people are saying about them.”

What comes next is hard to say but you get the sense that the Seattle Seahawks aren’t going to let this discussion disappear from the public consciousness anytime soon.