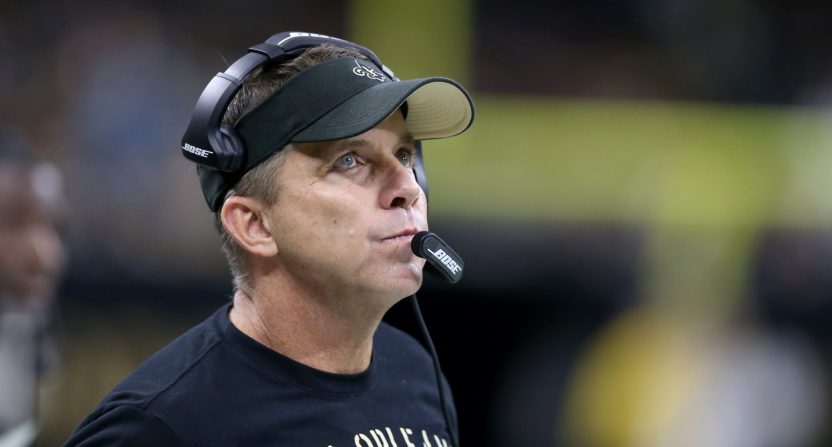 Former New Orleans Saints coach Sean Payton has a reputation as a no-nonsense kind of guy.

Reggie Bush’s former agent, Joel Segal, found that out the hard way when Payton allegedly tell him “f*** you” when Segal asked the Saints not to select his client in the 2006 NFL Draft.

The former Saints running back shared a wild story this week about what really happened heading up to that draft. Bush told the “I Am Athlete” podcast he had been so convinced that the Houston Texans would draft him No. 1 overall, he had already started house hunting in the area.

But when news broke the night before the draft that the Texans would take defensive star Mario Williams No. 1 overall, Bush’s agent had a plan. They would aim for the Jets, who had the No. 4 pick. The Saints had the second pick.

“Big city. Marketing. … You’re gonna make a lot more money,” Bush said (via Bleacher Report). “So I was kind of sold an idea. Like, ‘All right, let’s do it.’

Bush said that immediately after the draft he got a call from Saints quarterback Drew Brees that made him feel welcome. After seeing the city, which was still recovering from Hurricane Katrina, he said he felt he was in the right place.

Bush would go on to play five seasons in New Orleans before having stints in Miami, Detroit, San Francisco, and Buffalo.

“When I look back on it,” Bush said, “Thank God I went to the New Orleans Saints.”