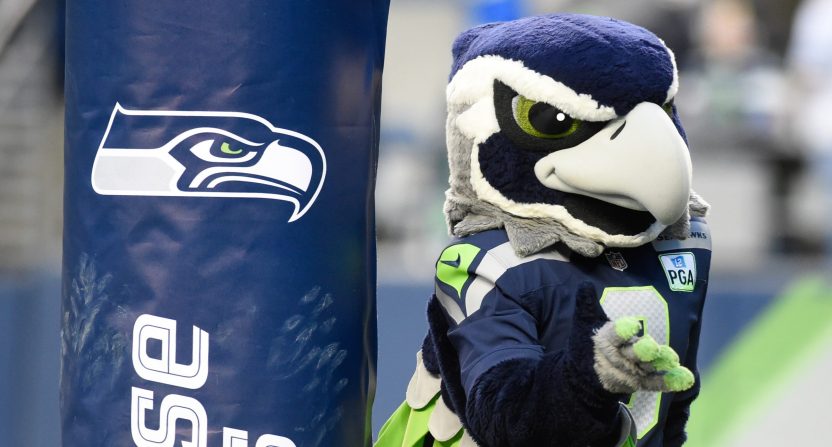 While the NFL world waits to find out if the Seattle Seahawks will trade for Baker Mayfield, another pressing matter concerning the franchise caused the owner to release a statement on Tuesday.

Ever since longtime Portland Trail Blazers and Seahawks owner Paul Allen passed away in 2018, there has been speculation about what would happen to those NBA and NFL franchises. Recently that speculation has ramped up, especially after Nike founder Phil Knight reportedly made an offer for the Blazers. However, Jody Allen, the chair of the Blazers and Seahawks, released a statement on Tuesday that effectively ended that discussion, at least for now.

“As chair of both the Portland Trail Blazers and the Seattle Seahawks, my long-term focus is building championship teams that our communities are proud of, “wrote Allen. “Like my brother Paul, I trust and expect our leaders and coaches to build winning teams that deliver results on and off the court and field.

As we’ve stated before, neither of the teams is for sale and there are no sales discussions happening.”

A time will come when that changes given Paul’s plans to dedicate the vast majority of his wealth to philanthropy, but estates of this size and complexity can take 10 to 20 years to wind down. There is no pre-ordained timeline by which the teams must be sold.”

Until then, my focus — and that of our teams — is on winning.”

That news should ease the concerns of Blazers fans and Seahawks fans, at least for now. However, that third paragraph certainly leaves the door open for sales in the future.

In the meantime, plenty of fans and media members shared their reactions to the statement and what happens next.

As we reported recently, team also can’t be sold until May, 2024 without giving back 10 percent to the public stadium authority. This statement further puts to rest any thought of a sale anytime soon. https://t.co/rRdziVmTng

first and second paragraph: THE TRAILBLAZERS AND SEAHAWKS ARE NOT FOR SALE

Horse hockey. Every word. Except Brother and Paul. https://t.co/BgKgUZVMnw

Not every day that the Seahawks and Jody Allen produce this.

She says the team is not for sale, “and there are no sales discussions happening.”

She confirms Paul G. Allen Trust calls for selling the Seahawks & Blazers—eventually. Perhaps “10 to 20 years” after his 2018 death https://t.co/lBjIZCiLUm

Shorter: Make me an offer https://t.co/mDQdFyq2tI

Translation: "We need stupid offers. None yet." https://t.co/d1sSU294XH

Why are so many claiming that this says the teams won’t be sold? The third paragraph basically says it’s just a matter of time. https://t.co/oyZMtStVru