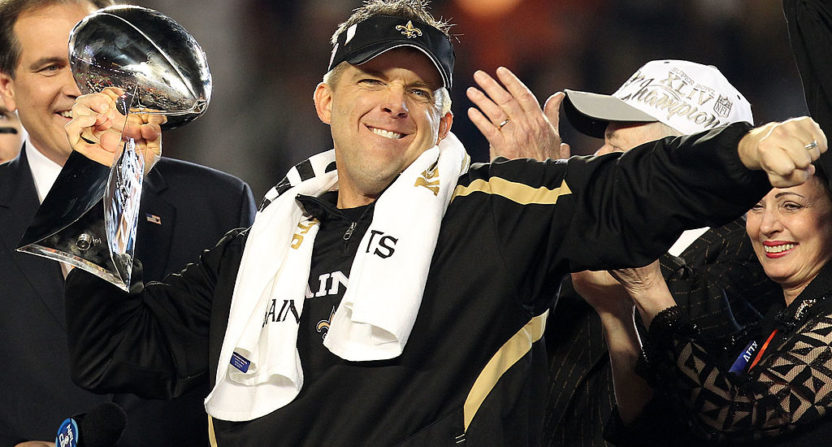 Since 2011, at least six NFL teams have made a head coaching change after each and every season. This may be due to the fact that head coaches are expected to win immediately in today’s league. Patience certainly is not a commodity among the league’s owners anymore as the average tenure for a fired head coach since 2012 is less than two years.

In 2017, six teams will enter the season with a new man leading their coaching staff. Unless things end up going horribly wrong (which is always possible), do not expect any of these six teams to be looking for a new head coach once again next offseason.

Instead, some of the NFL’s longest tenured coaches could actually be shown the door at the end of this year if their team fails to meet its expectations once again. Who are the six unlucky men that may see their name scroll across the sports ticker when Black Monday strikes again in 2018?

After getting hired by the Bengals all the way back in 2003, Lewis is currently the NFL’s second longest-tenured head coach (some Bill Belichick guy is first). During his time in Cincinnati, he has become the franchise’s all-time leader in years coached (15), wins (118), and playoff appearances (7).

Despite the fact that he has led the Bengals to the playoffs in five of the last six seasons, Lewis has still never coached the team to a single postseason victory. Cincinnati is also coming off a miserable 6-9-1 season in 2016 and a second straight year without a playoff appearance could result in the team cutting ties with their longtime head coach.

Following Fox’s success as a head coach with the Carolina Panthers and the Denver Broncos, the Bears were hoping for a similar outcome when they hired him back in 2015. Fast-forward to today where Chicago is coming off of two straight seasons with six wins or less and the team is hoping that an unproven quarterback (veteran or rookie) will get them back to the postseason.

The Bears also have to compete in a very tough NFC North division (the other three teams all won at least eight games in 2016) and a future with Fox leading the way just does not seem very likely at this point. Chicago basically has to make the playoffs in 2017 if Fox is going to keep his job.

So good luck with that.

Since leading the Colts all the way to the AFC Championship in 2014, Pagano and Indianapolis have not been able to find their way back to the postseason. It is not like they play in a hard division either. The Houston Texans have won the AFC South in the last two seasons with just nine wins each year.

This offseason, the Colts parted ways with general manager Ryan Grigson and hired Chris Ballard to replace him. Will Ballard tolerate another year of Indianapolis missing the playoffs? Or will he want to replace Pagano with his own guy if the Colts cannot get back to the postseason?

During Payton’s first six seasons as the Saints’ head coach, the team made the playoffs four times and even won the franchise’s first Super Bowl trophy. But since 2012, New Orleans has been to the postseason just once.

Not to mention, the Saints have finished with a 7-9 record in each of the past three years. Payton’s fumes from his Super Bowl win have pretty much died out and another season without a playoff appearance could cause the team to bite the bullet and send the head coach packing.

Whoever the Redskins’ head coach currently is always seems like a candidate to be fired before the start of any NFL season due to the mere presence of Washington owner Daniel Snyder. Gruden is the seventh head coach the Redskins have had since Snyder bought the team in 1999 and there is no reason to think the owner’s hiring philosophy has changed since hiring Gruden in 2014.

Washington’s current head coach lead them to the playoffs in 2015, but that has been the team’s only postseason berth in Gruden’s three years. This season, the Redskins will be without offensive coordinator Sean McVay (who left for Los Angeles to coach the Rams). McVay’s departure could possibly result in a disastrous season for Washington’s offense, potentially causing Snyder to, once again, be looking for a new head coach during the offseason.

Has anyone ever told him, “Maybe it’s you?”

During his first eight years as the Ravens’ head coach, Harbaugh and Baltimore never had back-to-back seasons without a playoff berth. Well, 2016 came along and the Ravens missed the postseason for the second straight year for the first time ever under their current head coach.

Including Harbaugh, Baltimore has only had a grand total of three head coaches in the franchise’s entire existence. The team obviously does not like to make quick, irrational decisions when it comes to their coaching staff, but another season without making the playoffs could force the Ravens to have no other choice than finding a replacement for Harbaugh.